Feeney’s rebound from fence to fourth

Feeney’s rebound from fence to fourth 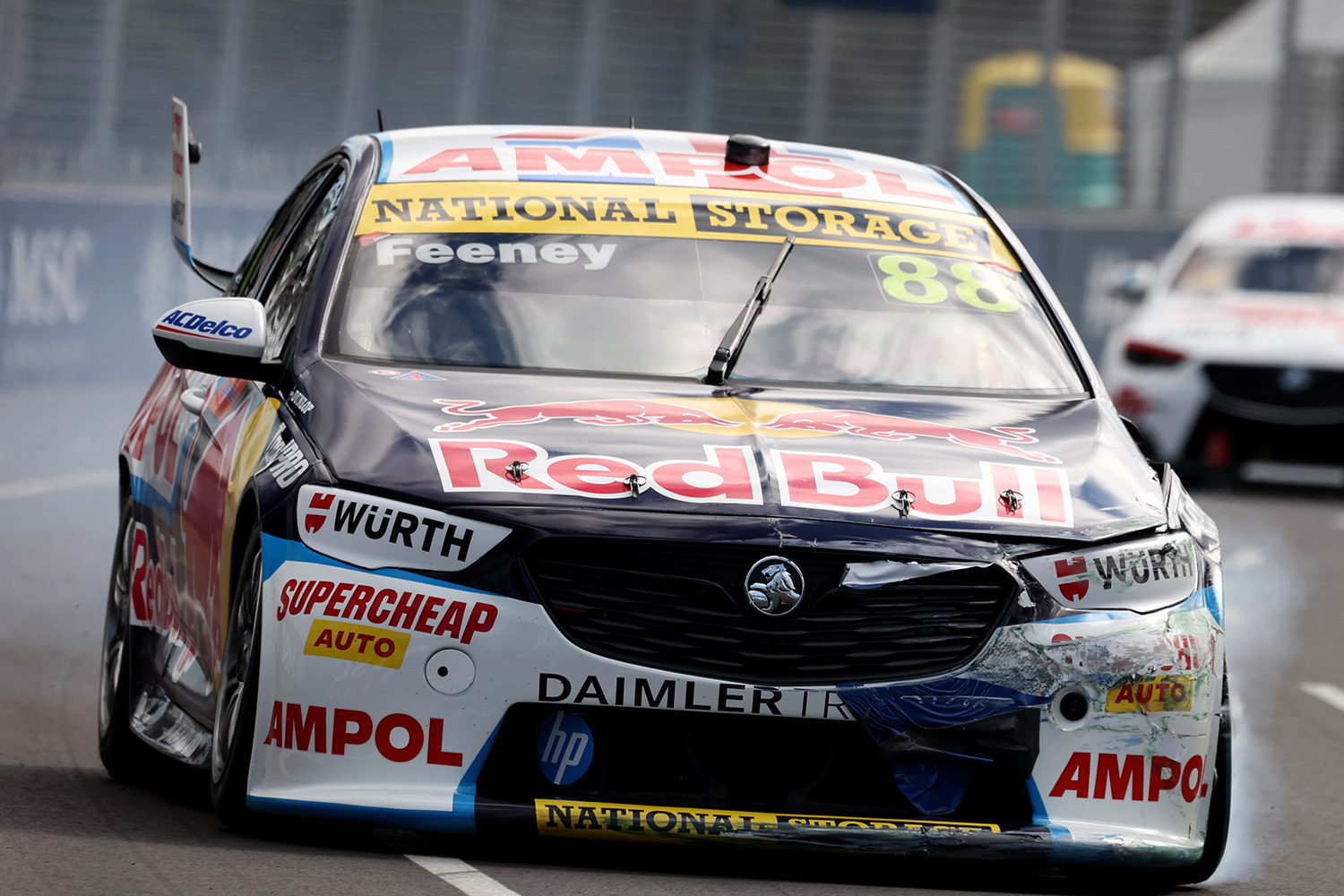 There were more downs than ups for Broc Feeney on the opening day of the Beaurepaires Melbourne 400 after his weekend started in the worst way possible.

The Red Bull Ampol Racing driver was the first to find the fence in Practice 1, losing control of his #88 Holden ZB Commodore at Turn 5.

Feeney duly slapped the Tecpro barrier, plucking the rear wing from his car, and relegating him to the pit lane.

By the session’s end, he had just three laps to his name and a time only good enough for 20th in the 25-car field.

Although the incident largely left the car with gravel rash down the left-hand side and no major mechanical dramas to speak of, the 19-year-old was a slightly late starter in Practice 2 which followed.

If the first session was bad, then the second wasn’t much better. The Gold Coaster’s best lap was more than 3.2s away from chart-topping team-mate Shane van Gisbergen.

In the end, Feeney wound up 25th and last.

Qualifying for Race 6 was a lacklustre affair; his one flying lap before the session stoppage only good enough for 17th.

Qualifying for Race 7 looked like it wouldn’t be much better until a lap at the death took him from 18th to fourth.

“It was not a good start to the day, a stupid mistake,” Feeney told Speedcafe.com.

“I expect to try to not make those, but at the end of the day, it’s a part of the game.

“I knew this year there were going to be some ups and downs, but the biggest thing was how we bounce back and try to limit them.

“Not good to end up in the fence and only get three laps in the first practice session, but the biggest thing was the boys got the car back together.

“Luckily, it was mainly just panel damage, so we were pretty fortunate there. Going from one end, a crash three laps into the day, to end up P4 is pretty good overall.”

Feeney didn’t shy away from the fact he was down in the dumps after the morning’s two practice sessions.

Finishes of 20th and 25th didn’t bode well for the pair of qualifying sessions to follow.

However, he found comfort in the car once he made it through Turn 1.

“To be honest, I lost so much confidence in that second practice session, I just didn’t feel at home,” Feeney explained.

“I don’t know what it was. There were still a couple of things we needed to do between practice and qualifying because of how rushed it was, but got back out in qualifying and felt at home.

“I’m not sure what happened in Practice 2, but I felt like I was in a rut. I was lost.

“I didn’t know what to expect going into qualifying. Once I did that first lap in qualifying, even though I was P17, I felt like I was getting back to normal.

“As a rookie, coming to a new track, to put it on P4 at the end of the first day is pretty good.”

Although his fourth fastest effort in the second qualifying session of the weekend was the best bit of his Thursday, he hasn’t forgotten he’ll have to start the opening encounter from 17th.

“It was a tough day,” he concluded.

“It was pretty hard this morning. I was spewing I made that mistake but tried to move on.

“Then I didn’t have a good Practice 2, seeing myself at the bottom of the charts is hard, especially after a pretty good start to the year.

“I’ve still got to start 17th in the first race, but I do feel a lot more comfortable.”

Qualifying for Race 8 and Race 9 gets underway today at 09:40 and 10:00 local time/AEST respectively.