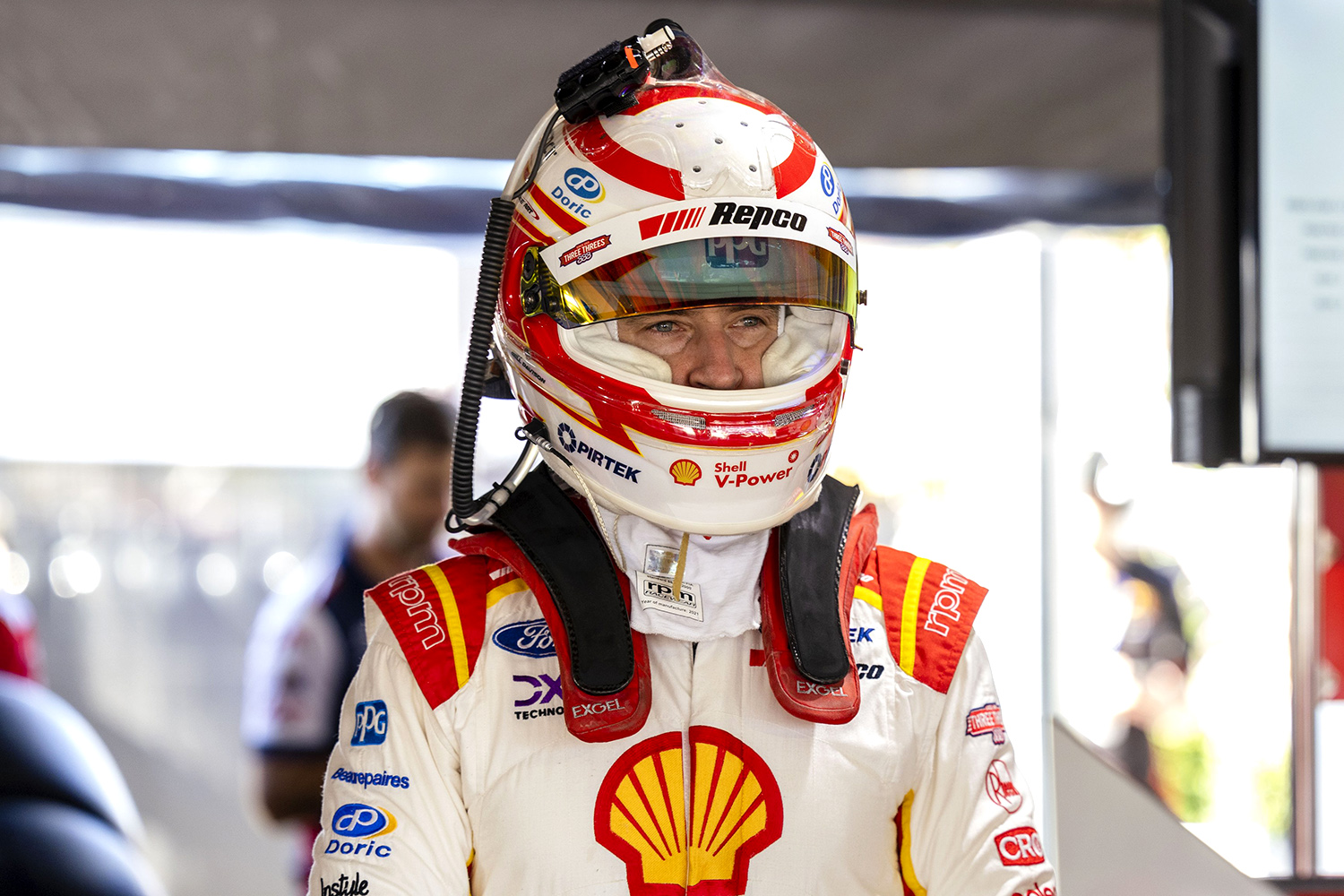 Will Davison says his Shell V-Power Racing Team was not expecting to suffer soft compound tyre blistering in Race 6 at the Beaurepaires Melbourne 400.

The opening encounter at the Albert Park Grand Prix Circuit was eventually dominated by Mobil 1 Optus Racing’s Chaz Mostert, who won the first of four races by a whopping eight seconds.

Pole position man David Reynolds was one of those to suffer soft compound tyre troubles in the early going.

The #26 Penrite Racing driver lost out to Mostert and then Nick Percat in the #2 Mobil 1 NTI Racing entry.

Davison was among those to start on the hard compound tyre and pitted early to switch to the soft, the Dick Johnson Racing driver stopping initially on Lap 3.

As it would play out, the soft compound tyre wouldn’t last the duration and Davison eventually brought the #17 Ford Mustang into the pit lane for another stop on Lap 17.

Although low degradation was expected due to the new bitumen, the blistering came as a surprise to many, including the powerhouse Ford squad.

“To be honest with you, there’s no deg,” said Davison.

“The tyre hasn’t been wearing. So we’ve seen what we’ve been doing on softs this year, and generally, our car just gets better and better.

“To be honest with you, no, we can only look at the tyres. None of us could have foreseen delamination. It wasn’t tyre wear at all.

“The car was so hooked up on the soft tyres. We were cruising. It wasn’t like the tyre drop grip, it just all of a sudden started falling apart.

Team-mate Anton De Pasquale also opted for an early stop to get off the hard compound and onto the soft, pitting on Lap 4.

Moments after a tyre pressure warning, the left front tyre let go at Turn 1 on Lap 17 and sent the #11 through the gravel trap.

He would duly limp around the Albert Park Grand Prix Circuit back to the pit lane, ultimately finishing 23rd and one lap down.

For the second-placed driver in the standings, it was a case of “Pretty much what Will said”.

“Once we got in that position, obviously didn’t have speed for Chaz, but we were just cruising, saving tyres,” De Pasquale.

“It [the tyre] didn’t wear out, just fell apart. Just a bit unlucky it might happen at the last corner and down the front straight. I had to do a whole lap cruising around.

“Probably just a little bit aggressive today but we’ll learn tomorrow. But you know how this game is, strategy might work tomorrow. It always changes.

“We were on the bad end of it today, but we had a couple of fast cars. It’s all good.”

All told, nine cars pitted twice during the race for an additional set of tyres. Erebus Motorsport’s Brodie Kostecki was the highest-placed of those in 14th.

Davison and De Pasquale will start first and fifth for Race 7 tomorrow, which gets underway at 10:25 local time/AEST.