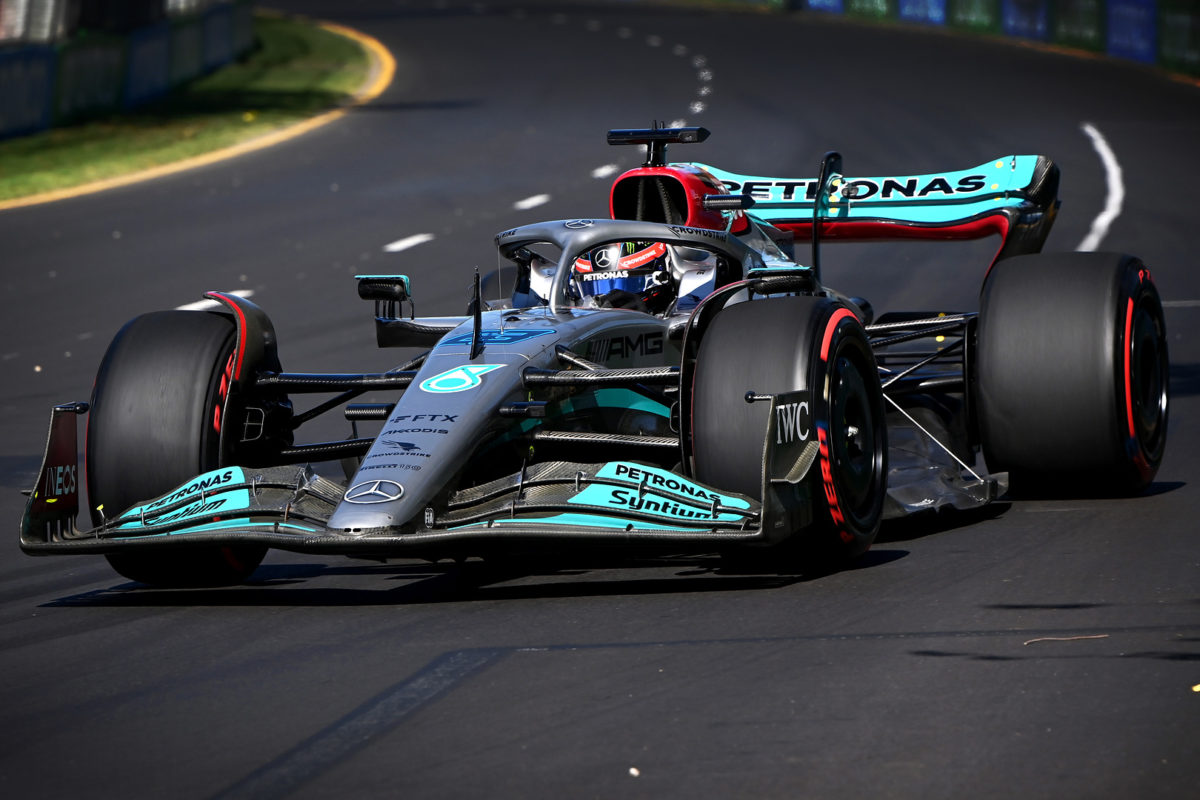 Considerations relating to Formula 1’s cost cap regulations are weighing on the mind of those at Mercedes as they work to claw back the ground lost to Ferrari and Red Bull.

Last year’s constructors’ champions appear to have slipped to just the third-fastest team in the field, on the evidence of the opening two races.

In Saudi Arabia last time out, Lewis Hamilton slumped to his worst qualifying performance for the team ever, eliminated in Qualifying 1 before racing forward to 10th from 16th on the grid.

“I think we were probably further behind them in Jeddah, and we understand why, but obviously I think when we had things optimised – or, more optimised – in Bahrain, we were still half a second, six tenths behind.

“We need to obviously close that gap, but there’s nothing substantial this weekend that will do that.”

According to the list of upgrades provided to the FIA, Mercedes enters the Australian Grand Prix with an unchanged car to that which it raced in Saudi Arabia two weeks ago.

Back at base, the team is working on developing upgrades for the W13, but given the new economic constraints within which the sport operates, it’s critical to make sure every step adds performance.

“It’s going to take time and I think we just have to be disciplined and patient because we are so far behind, and because of the cost cap, we can’t afford just to throw things at it and trial and error at a race weekend,” Russell noted.

“We need to trust the process and bring the upgrades when we have total faith and confidence they will do as we expect.

“That will be a number of races before we start seeing that.”

Hamilton was seventh-quickest and Russell 12th in the opening practice session at Albert Park, in which Ferrari went one-two, followed on the timesheet by the two Red Bulls.

The F1 field is back out for the second session of the weekend this afternoon at 16:00 AEST.