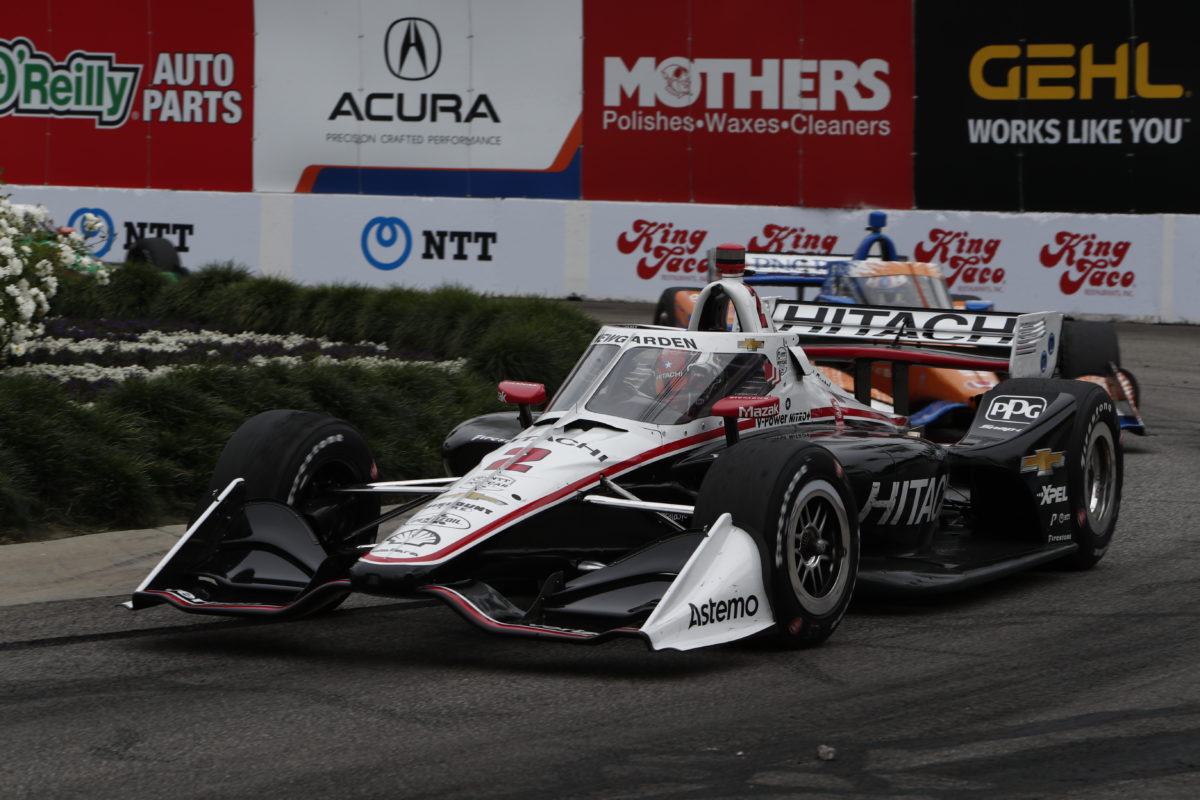 Chevrolet is wary of the challenges posed by the Grand Prix of Long Beach despite winning both IndyCar races to date.

The Bowtie has had the upper hand over Honda so far in 2022, with Team Penske entries bagging four of the six podium finishes on offer across St Petersburg and Texas, as well as pole at the former.

Furthermore, it was another Chevrolet team in McLaren SP which grabbed pole at the latter, courtesy of Felix Rosenqvist.

Penske’s trio of drivers have regularly praised the strides which the American marque has made in the off-season, which were in evidence when the campaign proper began on the streets of St Petersburg.

Despite IndyCar being on a temporary circuit again this weekend, Chevrolet’s programme manager, Rob Buckner, noted that Long Beach has its own nuances.

“It’s hard to think of a better start to our season,” said Buckner.

“It’s encouraging to see the performance of our Chevrolet teams on both a street circuit and oval.

“That’s down to the work between our teams and our engineers to get the most of these packages at two tough venues.

“As we go to Long Beach, there are a number of challenges compared to our last street race at St Petersburg.

“The flow and track layout seem to promote a higher level of interaction between cars at Long Beach and some pretty high speeds.

“The tarmac goes from mostly concrete to a few asphalt sections, so that’s a consideration for car set-up and engine calibration.

“Above all, there is the measure of risk versus reward at Long Beach.

“If we can put all those together, it will be another great weekend for Team Chevy.”

Will Power sits second in the standings to Penske team-mate Scott McLaughlin after finishes of third in St Petersburg and fourth in Fort Worth.

Although the Queenslander is an IndyCar champion and Indianapolis 500 winner, his formline in 2022 is unusually good in so much that he has a tendency to incur gluts of early-season misfortune.

“We’ve come out of the gates really strong – as has all three Team Penske cars – and there is just a good vibe going around right now.

“So, it’s nice to head into Long Beach with a lot of momentum and a lot of confidence.

“The series has done a great job in promoting all the races on the schedule, but Long Beach is still just behind the Indianapolis 500 with all of its history and prestige.

“I know the fans are going to come out in big numbers to see us this weekend, and they will see a good show.

“Both of my team-mates [Josef Newgarden being the other] have already won this year so Long Beach sounds like a great place to get mine.”

IndyCar will be out for practice once on the opening day of the Long Beach event, from 08:15 AEST on Saturday morning.

Practice 2, Qualifying, and Sunday’s race will be streamed live and ad-free on Stan Sport.