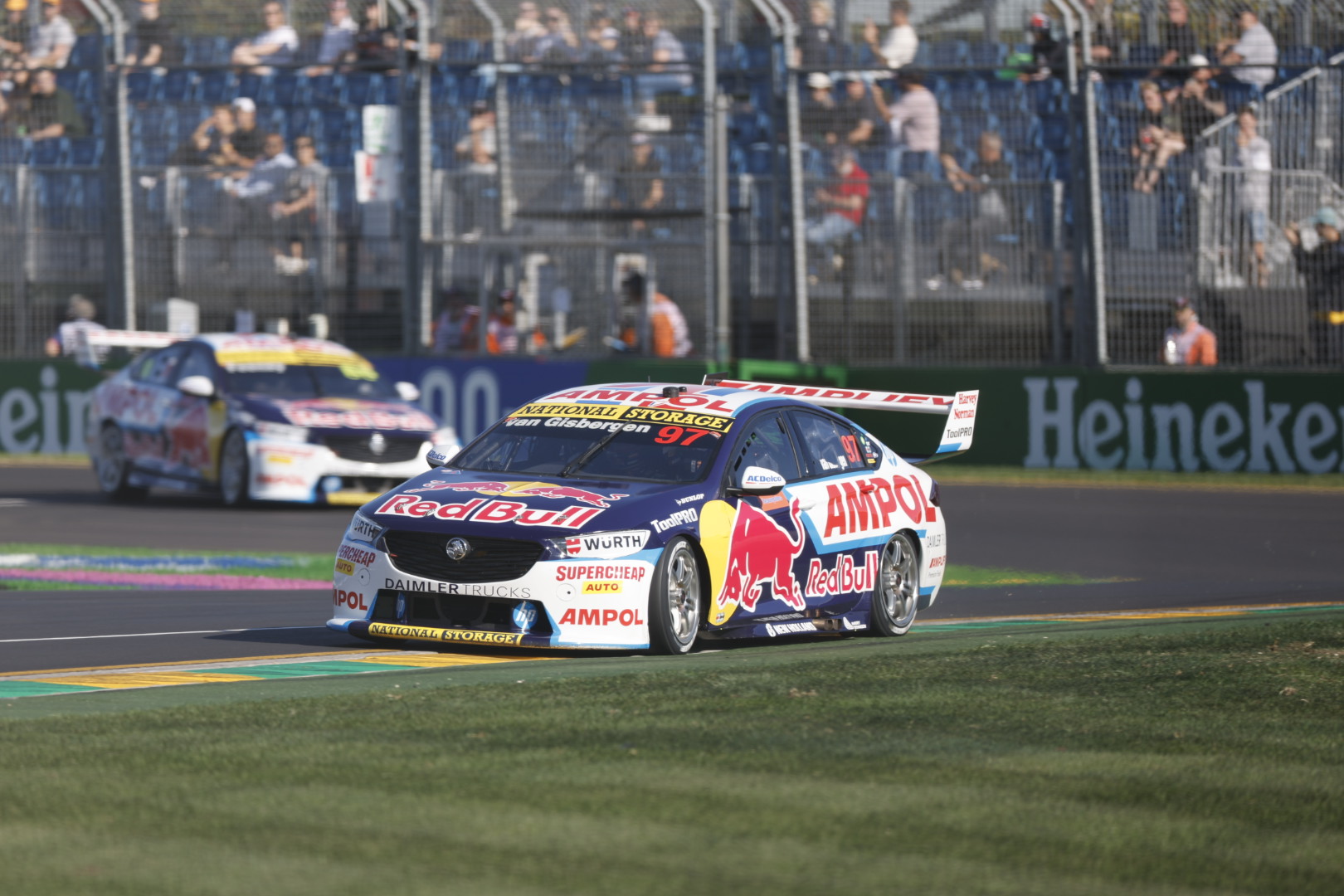 Repco Supercars Championship leader Shane van Gisbergen appears optimistic of a comeback drive in the first of four races to unfold at the Beaurepaires Melbourne 400.

A mistake on his first flying lap, combined with some red flag misfortune, left van Gisbergen as the only driver not to set a time during Qualifying for Race 6 at Albert Park this afternoon.

That could well make for a dent in the 67-point advantage he has atop the standings, especially given that Mark Winterbottom tipped pre-event that overtakes would be hard to come by following changes to the track layout.

Van Gisbergen did recover to third in Qualifying for Race 7, locking out the second row alongside Red Bull Ampol Racing team-mate Broc Feeney – but sounds confident of salvaging a result from the first 20-lapper anyway.

“I don’t know why everyone is saying there’s no places to pass; there’s heaps,” said the Kiwi, who had aborted his lap in Qualifying for Race 6 after running deep at the first corner.

“I don’t know what the problem is.”

“It’s easy to mistake and I made too many today, so I need to be better myself,” he added.

He did have scepticism for the Tecpro barriers installed for the 2022 edition of the event, with both Feeney and Jake Kostecki triggering red flags after coming unstuck in separate incidents at Turn 5.

“We all talked about it after track walk, it was a weird thing with those barriers,” said van Gisbergen.

“I bumped into Alex Albon and he said the same thing, he couldn’t understand it, the same with Turn 2, so it’s a weird thing for those guys as well.”

The barriers were removed for the second Supercars qualifying session this afternoon; it’s not entirely certain whether that was a temporary measure.

David Reynolds and Will Davison collected the two poles on offer today, with another two qualifying sessions to come tomorrow morning.