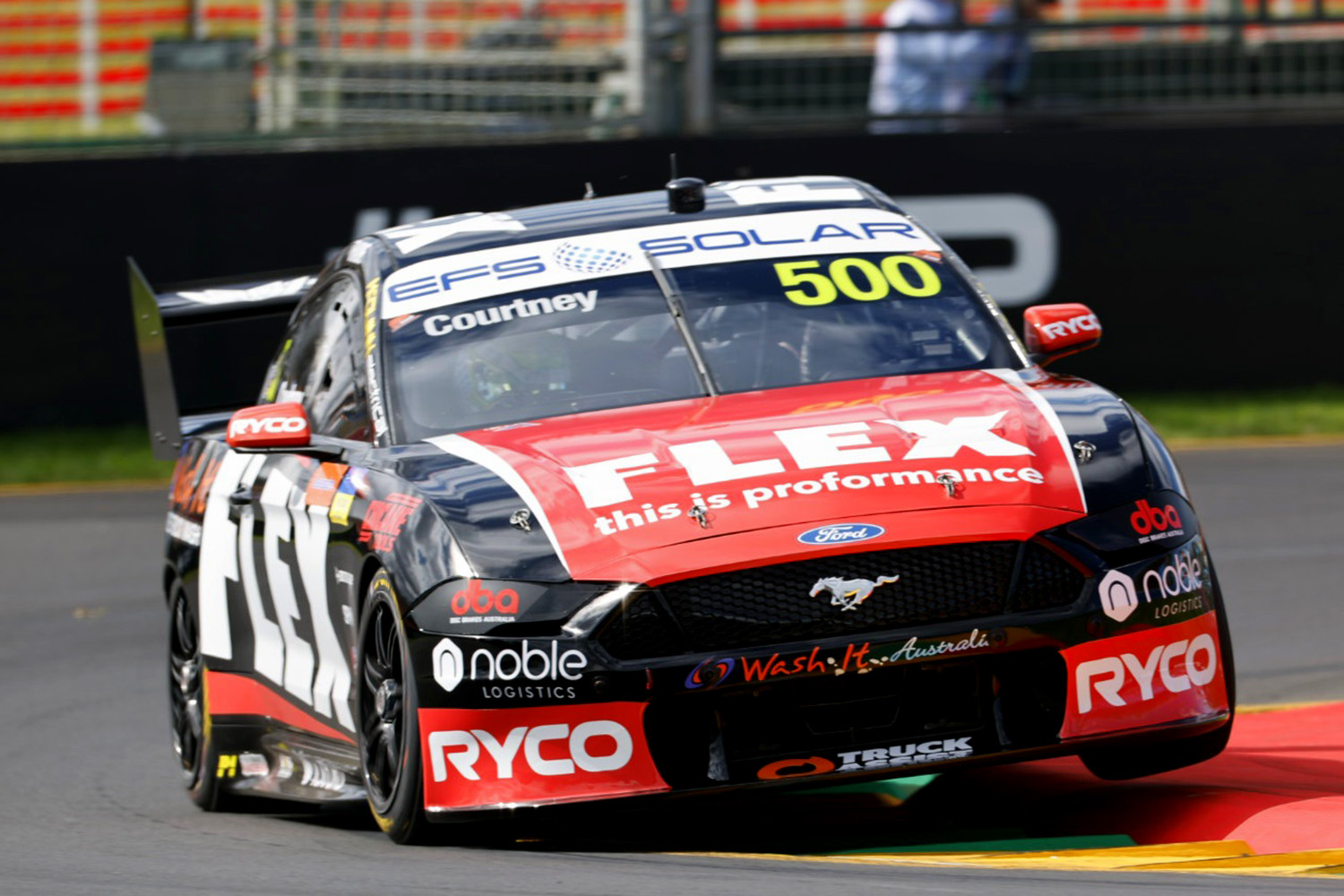 Wild, fast, and crazy. Those are the early impressions from a few of Supercars’ leading drivers of the reconfigured Albert Park Grand Prix Circuit after Practice 1.

His team-mate Will Davison was among the first to get a taste of the circuit on Thursday morning, cutting passenger laps before Practice 1 got underway.

“It’s definitely fast around the back section of the lake,” said the two-time Bathurst 1000 winner.

“The car is walking and moving. It’s quite interesting, the braking zone certainly into the Turn 9, Turn 10 chicane is a lot higher. It’s really different.

“It’s billiard table smooth. Grip is quite high so it’s just trying to understand how you can attack the corners.

“All the other corners are sort of same same, but different. It’s similar but everything is in slightly different places. We’ve got a different drop gear [ratio] in the car, so it’s just a bit to relearn.”

Session-topper De Pasquale added, “There’s a lot of cool changes from a driver’s point of view when you’re trying to get a lap time.

“It’s fast, you’re on the edge, so it’s really cool. We’ll see what the racing does.

“Obviously it’s a shame we got a red flag and missed a few laps there, but we’ll have another go this arvo and have fun. It’s all good.”

Fellow Ford driver James Courtney, who this weekend is celebrating his 500th race start in the Repco Supercars Championship, labelled the circuit “wild” after his first few laps.

The Tickford Racing driver had a moment early on in proceedings, getting loose out of Turn 2 and brushing the outside wall as a result of that sideways moment.

Of note was the difference in grip between the soft compound and hard tyre compound.

While Davison was able to go flat from Turn 6 to what is the start of the new Turn 9 chicane on the soft tyres, Courtney said he couldn’t quite do the same on hard tyres.

“I got a little bit of a slide, and that astroturf didn’t have too much grip on it,” said Courtney.

“We’re on the hard tyre and it’s right on the edge of being flat. It’s going to be pretty interesting with the 25 of us going through there.

“The surface is really, really flat. I think they’ve done a really good job with it. It seems so much wider in areas, but yet the walls are closer. It’s a bit off-putting, but yeah, we’ll see how we go.”

Practice 2 at the Beaurepaires Melbourne 400 has just begun.