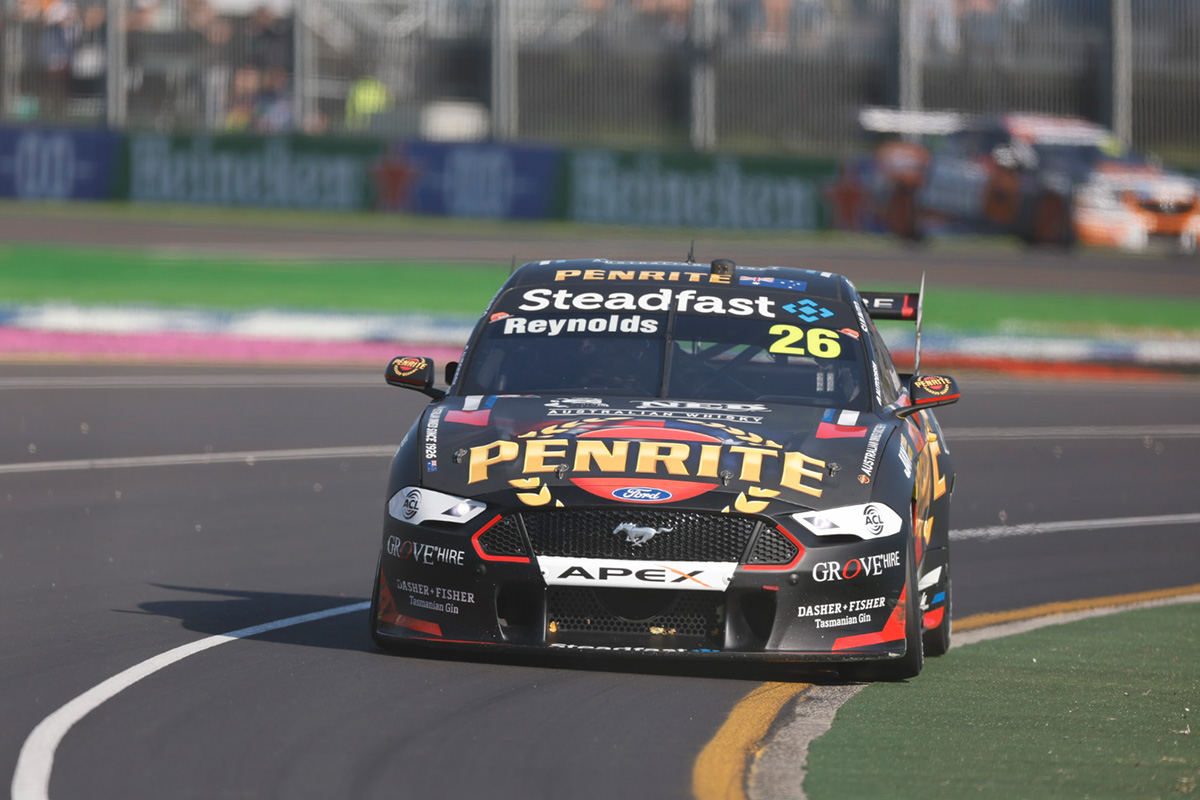 Repco Supercars Championship leader Shane van Gisbergen will start a shock last in Race 6 of the Beaurepaires Melbourne 400 after failing to set a time.

David Reynolds claimed pole position for the opening race of the weekend at the Albert Park Grand Prix Circuit, which was brought to a premature end after Jake Kostecki crashed at Turn 5.

The #56 Tradie Racing driver lost control of his Ford Mustang on his first flying lap, slamming into the Tecpro barrier and scattering debris across the circuit.

That drew the red flag with two and a half minutes to go, the session ultimately not resuming.

Van Gisbergen was duly caught out, having been called into the pit lane on his first flying lap for a new set of tyres after incurring a track limits strike.

A late change to the schedule saw Qualifying for Race 6 shortened to just eight minutes, making for a fast-paced first grid-setter.

At the start of his lap, van Gisbergen cranked his car sideways through Turn 1 and Turn 2.

Halfway through the lap, engineer Andrew Edwards called van Gisbergen in for a change of tyres, just seconds later the Kiwi having his time rendered invalid.

Feeney set the pace initially on a 1:46.7197s, though he quickly slid down the order as those behind him bettered the pace.

“I was a little bit nervous after practice because I felt a bit lost, like set-up-wise, driving style, but we made some good changes and I just did a 98 percent lap and it was good enough for pole,” said the 36-year-old.

“I’m really stoked with that. Full credit to the team, everyone at Penrite Racing has worked so hard over the last couple of months and we’ve produced some good cars.

Chaz Mostert (#25 Mobil 1 Optus Racing) shot to third and only seconds after locked up heavily into Turn 1 and speared off into the gravel trap.

Soon after came the drama for Kostecki, who like Feeney before him in Practice 1, had the rear wing ripped from his car.

Feeney and van Gisbergen had a session to forget, ending up 17th and 25th respectively.

Qualifying for Race 7, scheduled to run across 12 minutes, is now due to start at 15:34 due to delays caused by barrier repairs at Turn 5.