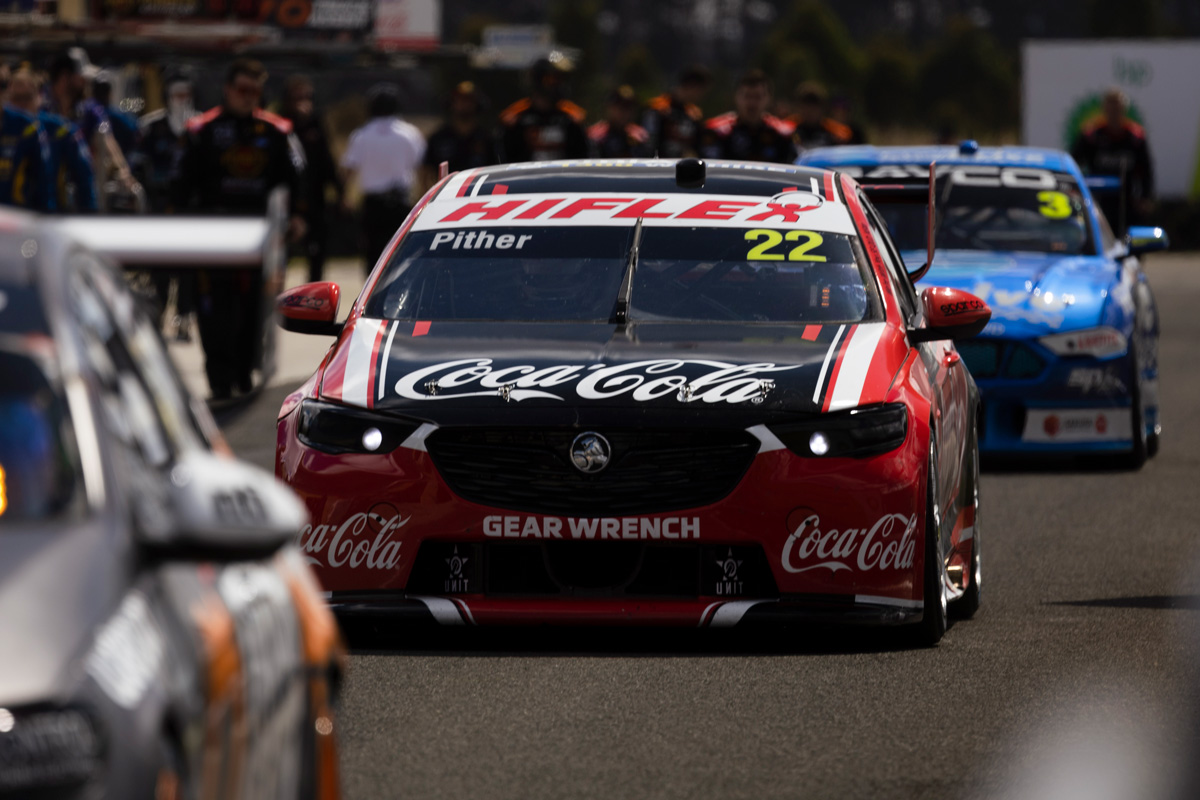 PremiAir Racing enters the Beaurepaires Melbourne 400 with high hopes following the strides it made last month.

After running towards the back at the Sydney Motorsport Park season-opener, the squad was far more competitive during Round 2 at Symmons Plains – particularly on the #22 Coca-Cola Commodore of Chris Pither.

Round 3 kicks off in a matter of minutes at Albert Park, with opening practice for the Repco Supercars Championship starting at 11:05 AEST.

Having gone within a whisker of qualifying inside the top 10 on merit at Tasmania, Pither declared the team enters the Formula 1 Australian Grand Prix weekend on a high.

“The speed was good, the results actually were disappointing to some degree,” he told Speedcafe.com.

“We definitely had potential to be better than where we were.

“But as a driver, I can see that we’re obviously moving forward, but I can see that it’s definitely achievable to run a lot further up than where we are and that’s encouraging.

“I think everyone in the team can sense that and can see that and that obviously helps the whole situation as well.

“We’re all results-driven and we want to be at the front of the field. We know that that’s not going to happen overnight but just to see that potential is good.”

Pither believes that process will speed up once the squad moves into its new workshop on the Gold Coast, which is now due to take place in May after the Bunnings Trade Perth SuperNight.

“Once we get to the new workshop, we’ll be in a much better position,” he added.

PremiAir Racing is at Albert Park this weekend without team owner Peter Xiberras, who is competing in the Australian Top Fuel Championship in Western Australia.