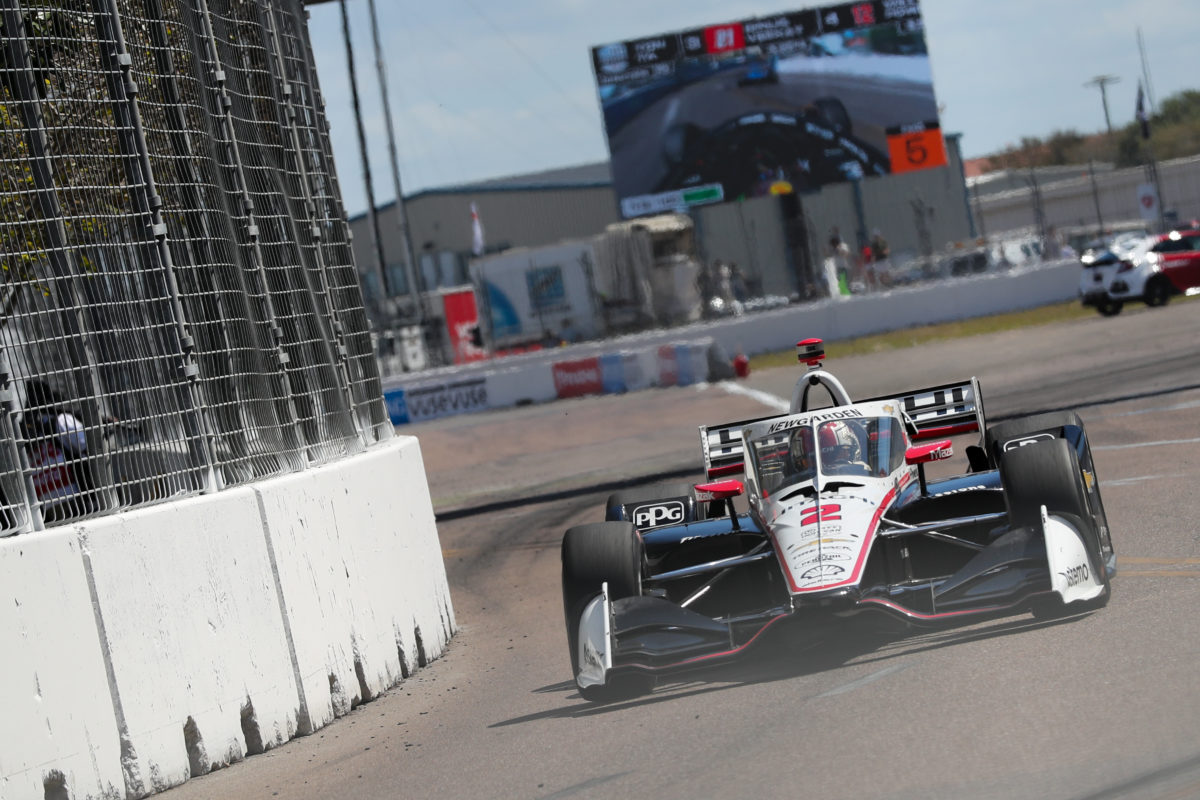 Josef Newgarden is high on confidence for this weekend’s Grand Prix of Long Beach despite struggling at the other street race so far this year, in St Petersburg.

Newgarden is fourth in the IndyCar Series standings after winning the Texas race with a last-corner pass of Team Penske team-mate Scott McLaughlin.

However, the two-time IndyCar champion had finished only 16th in the opening race of 2022, from ninth on the grid.

Then, in St Petersburg, McLaughlin won from pole position and Will Power, in the other Penske entry, finished third from the other side of the front row.

In Newgarden’s eyes, he should thus not be expected to struggle on his return to street circuit action.

“If you look at St Pete, I’m very encouraged about what we have going into Long Beach,” he said.

“I think we can be good across all disciplines, which is so critical in this championship.

“We’ve got to be good across the board [and] I think our street course package absolutely has a lot of new strengths to it.

“I look at St Pete as on one hand it was a disappointment, but on the other hand it was an incredibly encouraging race for us.

“Scott was fantastic and him winning the event and Will being so close running with him as well, I think it shows the strength of our team and our cars. I don’t see why we can’t replicate that at Long Beach.”

The Grand Prix of St Petersburg, being the season-opener, was also the first race together for a vastly changed crew on the #2 Penske entry, including new race engineer Eric Leichtle.

That was a point noted by Newgarden, who saw the early victory as important for the new group.

“Texas was good in a couple of different ways,” he remarked.

“You know, one being that St Pete was not swimming for us. It did not go very well right off the bat, which was a huge disappointment in a lot of ways just because I felt so confident going into St Pete.

“I felt like we didn’t have a lot of preparation coming into the season, but the small amount of prep work that we did had gone so well that there was nothing for me to believe that St Pete couldn’t get off to a great start.

“There’s a lot we could dive in on that specific weekend, but ultimately, it just wasn’t a great result, and when we rolled into Texas, we just tried to reset and see what we could produce at that specific race.

“We had great cars. It was a great effort from the whole team, and I think you saw the strength of that across the board with all three of us.

“To be able to capitalise that early is important in any season, and I think more so for this season specifically on the 2 car because of how much turnover we’ve had.

“We always have a great crew on the 2 car, but it’s very different this year.

“Probably 60, 70 percent turnover on just the people that we’re working with, so we’re trying to gel and engage with each other so quickly in the season, and to get a win that early is very positive.”

Practice starts on Saturday morning at 08:15 AEST, with Stan Sport’s live and ad-free coverage kicking in from Practice 2 on Sunday morning.