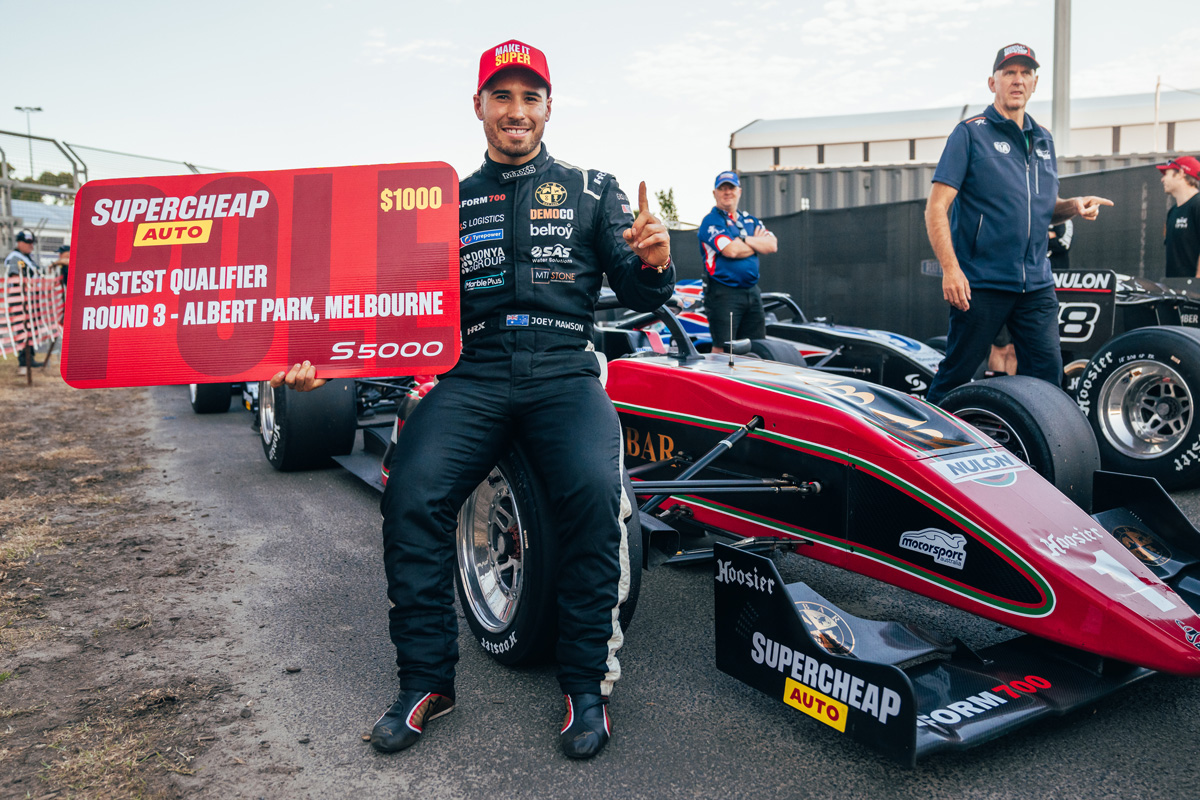 Joey Mawson has grabbed pole position for the first of three S5000 races in support of the Formula 1 Heineken Australian Grand Prix.

In a 25-minute session that ran with interruption, three drivers found their way beneath the 100-second barrier in a thrilling hot-lapping contest.

Ultimately it was Mawson who was unrivalled, albeit little more than a tenth clear of Garry Rogers Motorsport duo Aaron Cameron and James Golding.

With the well-documented changes to the Albert Park circuit, the 16-strong S5000 field circulated far quicker than their brief appearance at the shortlived 2020 AGP.

Fast forward 24-plus months and it was a 1:39.7772s that got the job done for Mawson, who also received the Supercheap Auto Pole Award that comes with $1000 cash.

Tasman Series winner Cameron, who is back on the grid after missing the opening two rounds of 2022, was 0.1273s adrift – good enough to secure a spot on the front row for Race 1 starting at 10:20 AEST tomorrow.

It will be an all-GRM affair on the second row as Practice 1 pacesetter Golding lines up alongside Nathan Herne, with Mawson’s Team BRM stable-mate Zane Goddard rounding out the top five.

Championship leader Tim Macrow will start sixth, just ahead of Ben Bargwanna, the last of the drivers to end up within a second of Mawson’s time.

It was a tough return to S5000 for six-time Indianapolis 500 starter James Davison, who could only manage 15th in the 16-car field.