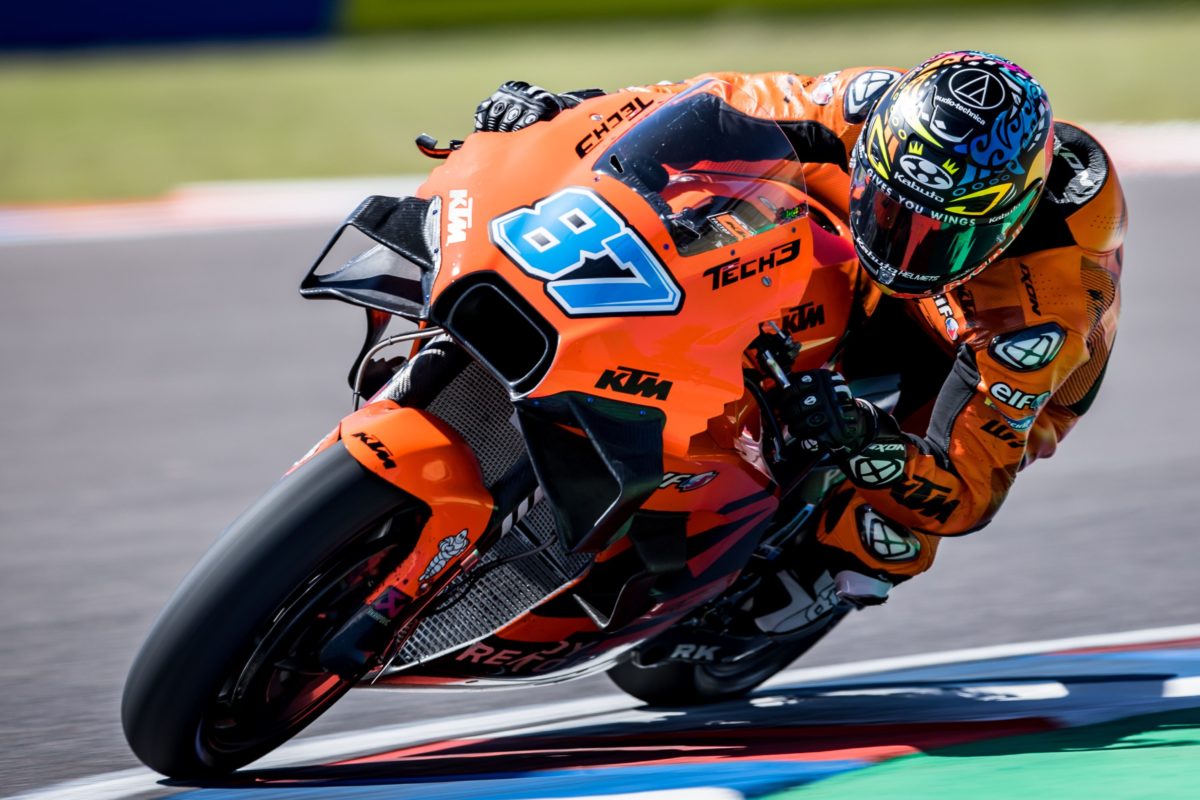 MotoGP rookie Remy Gardner is seeking more direction from his KTM at the fourth round of the season, this weekend’s Grand Prix of the Americas.

The Tech3 rider has one point to his name after three races so far in 2022, putting him 22nd in the championship and third of the five rookies.

However, he was frustrated by not only the 15th at Lusail, but also 21st when he had visibility issues at a wet Mandalika and 17th at Termas de Rio Hondo.

Ahead of Round 4 at the Circuit of The Americas, Gardner said, “I look forward to this weekend here in Austin.

“Last year, I was quite fast on a Moto2 bike, so we will see what I can do with a MotoGP engine.

“There has been some resurfacing work done in some corners since we came in October, so I am curious to see the results of the re-asphalt.

“Apart from this, I think that we have to find a bit more of a direction with the bike this weekend and hopefully make the step we want.”

The 2021 Moto2 champion qualified second after a disrupted session at COTA last October, then crashed out of second position on Lap 6 of the race.

As Gardner noted, much of the track has been resurfaced since that visit to the Lone Star State, creating intrigue for team manager Herve Poncharal.

He is hoping that both his Australian rider and Raul Fernandez, who remains without points after finishing one spot outside the top 15 last weekend in Argentina, can add to their championship tally this Sunday.

“We are … very eager to discover how the track has been resurfaced so everyone is curious to see how much it will improve the grip, and therefore the lap times,” said Poncharal.

“Last year, we had a tough race here, but following the interesting races that both Raul and Remy had in Argentina, they should be ready to make another step, with the target to score some points. It would be a great result.”

Practice starts in the early hours of Saturday morning (AEST).