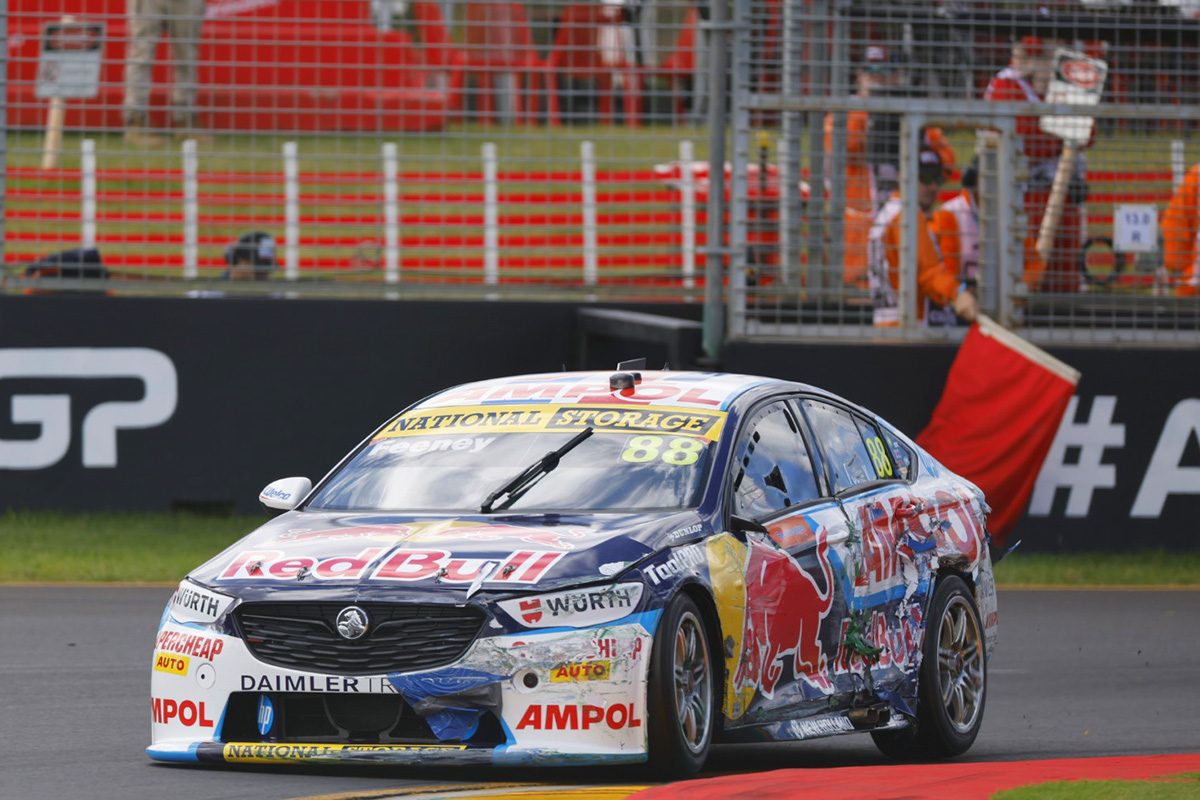 The damaged ZB Commodore of Broc Feeney limps back to the pits. Picture: Ross Gibb

A disappointed Broc Feeney has made the first major mistake of his full-time Repco Supercars Championship career, triggering an early red flag period at Albert Park.

The Red Bull Ampol Racing teen whacked the wall at Turn 5 in the opening stages of Practice 1 this morning, on his third flying lap.

The rear wing was ripped off the #88 ZB Commodore, which was lucky to not be collected by the close-following pair of Shell V-Power Racing Team Mustangs driven by Anton De Pasquale and Will Davison.

“I just carried a bit too much speed in and had a big slide on entry and couldn’t catch it,” said Feeney.

“Just a stupid mistake. I don’t know, don’t know what happened there.

“Yeah, certainly not the way we wanted to start the weekend, but I’m sure the boys will be able to get it back together and hopefully we’ll get it back out there.”

Although Feeney was able to limp back to the pits, the red flag was waved to allow for repairs to the barriers.

With Supercars playing second fiddle to Formula 1 this weekend, the clock will continue to tick down even through stoppages.

Less than 10 minutes remain in the half-hour session. Davison currently sits atop the standings on a 1:47.6639s – already more than six seconds quicker than the Supercars qualifying lap record around Albert Park.