Espargaro: ‘Not fair’ to retire after long-awaited MotoGP breakthrough

Espargaro: ‘Not fair’ to retire after long-awaited MotoGP breakthrough Aleix Espargaro says it would not be fair on himself to retire this year, after finally winning a MotoGP race in his 200th start.

The 32-year-old has made no secret of his deliberations over retirement in recent times, and is in the final season of his current contract with Aprilia.

However, he made history last weekend with victory in the Argentina Grand Prix, a first ever not only for him in grand prix competition but also for the Noale manufacturer in the premier class.

Having been rewarded for nearly five-and-a-half years of toil for Aprilia, not only with that victory but also the championship lead, Espargaro is not looking to hang up the helmet just yet.

“It will be not fair to myself to stop right now,” he said.

“I think that after all the hard work that I do, never winning before, never leading or being one of the strongest of any category, to be fair to myself, I think it’s good to at least race [for] one more or two years.

“I felt good enough physically and enjoying riding, so sincerely, the future, I don’t really care.

“I want to enjoy this year, trying to be competitive and fast, and for sure, I have more energy to continue racing.

“At the same time, I have to say that, for me, it’s very difficult to be far from my family – very, very difficult – and obviously, if I’m able to win races and to be at the front of the championship, it will be everything a little bit more easy.

“So, trying to keep the momentum now.”

While Aprilia retains its development concessions, which are withdrawn once a certain results threshold is reached, there is clearly light at the end of the tunnel.

Espargaro’s win was not a flash in the pan, he and team-mate Maverick Viñales having been competitive in pre-season testing in February.

He had also achieved something of a milestone for Aprilia in last year’s British Grand Prix, his third placing in that race being its first podium in the MotoGP era.

Then, #41’s team-mate was Lorenzo Savadori, who was essentially a stop-gap measure considering Andrea Iannone had been banned due to a doping violation.

Andrea Dovizioso turned down the chance for wildcards despite a brief testing deal with Aprilia, and at least three promising Moto2 riders were linked to the seat which ultimately went to Savadori but opted to stay in the intermediate class for at least one more year.

Espargaro said the fact so many had rejected Aprilia gave him extra hunger to help turn the project around. 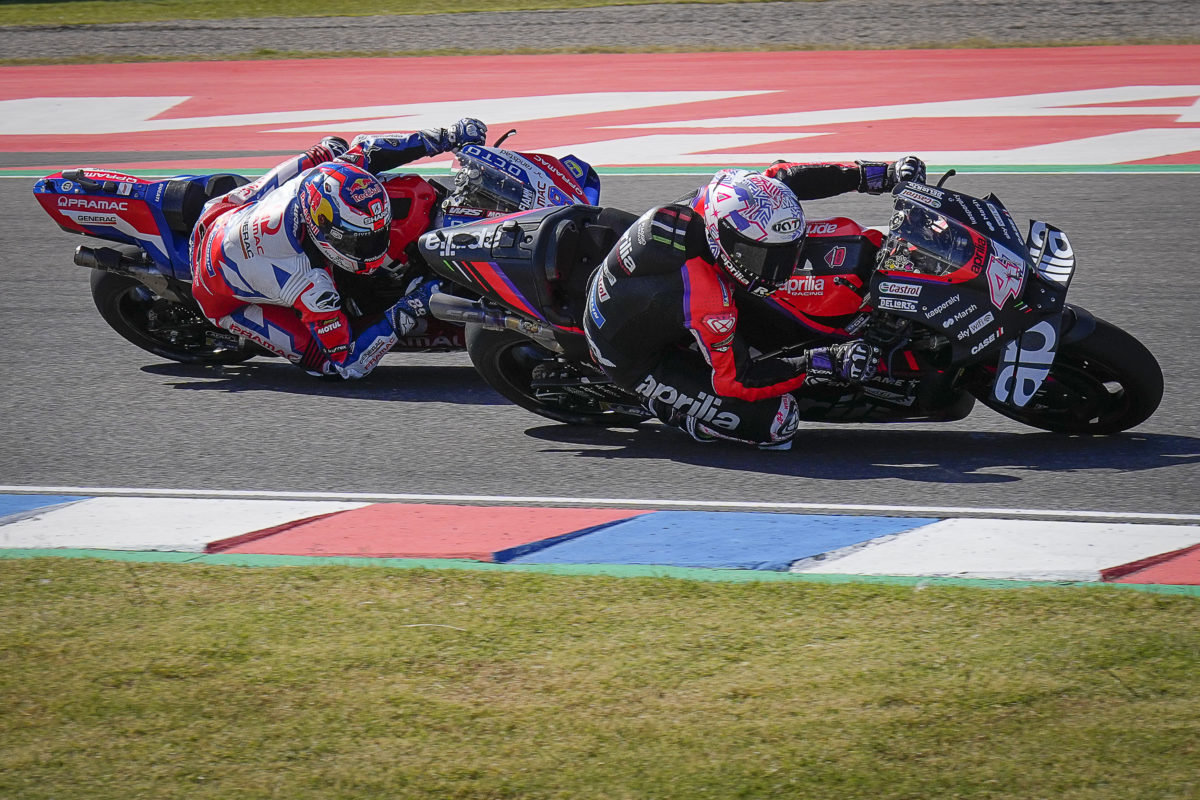 “I remember perfectly when I was a in Suzuki and then I finished there because I was not competitive enough, and Aprilia called me,” he recounted.

“I was obviously not on the top of the list of fast riders at all, but nobody was going there.

“The fast riders didn’t want to go there – nobody believed in the project – so, from the first day, I said, ‘I will try to make this bike shine; I will try to put the bike on top.’

“I never expected that it took me so long but finally we are achieving.

“Even three years ago, we tried to convince some young riders to come – who are now in Moto2 – and they say, ‘We prefer to wait for another bike.’

“So, this actually makes me more hungry, gives me extra motivation because, ‘Okay, you will remember this day as not a good day in your life when you say no to Aprilia,’ and now I’m happy.

“[There is] Still a lot of work to do but I think now the people, especially the young riders in Moto2 and Moto3, start to see the project of Aprilia being more serious; like, an option for the future,” added Espargaro.

Round 4, the Grand Prix of the Americas, takes place this weekend at the Circuit of The Americas.