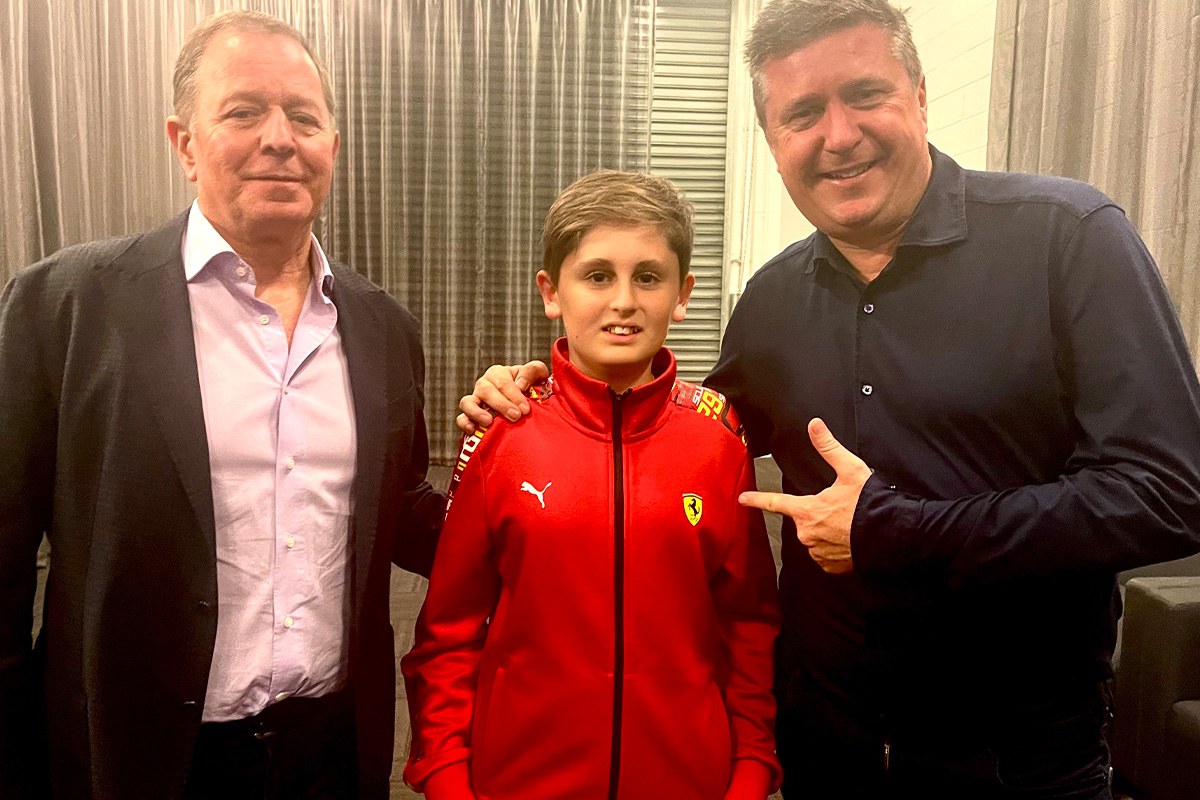 Tuesday night’s Ask Crofty show in Melbourne took fans behind the scenes of life on the road as a Formula 1 commentator but for one 13-year-old it was much more than that.

Whilst many his age are down at the park kicking the footy around with their mates or playing video games, aspiring commentator Sam Wyatt is at home researching, watching Formula 1 replays and working on his own commentating skills as he continues to strive towards one day becoming the next David Croft.

With close to 1000 guests in attendance at Plenary for the Ask Crofty event, fans were taken into the glamorous world of Formula 1 and all of the work that goes on behind the scenes prior to a race even taking place. Croft and good friend Martin Brundle even ran commentating challenges and had interactive questionnaires that drove the conversation throughout the night.

Sam and his father Ed are extremely passionate about Formula 1, so much so that they started their own podcast called the ‘DRS Zone’ where they review and preview each round of the championship.

“Sam is mad about F1 and aspires to be a commentator one day, so to get to see Crofty and Martin Brundle up close and personal and hear about their journeys was an unbelievable experience for him,” said Ed.

“Sam and I will have plenty to talk about on our next DRS Zone podcast episode after listening to two of Formula 1’s greatest voices.

“Listening to Crofty and Martin during the week of the Australian Grand Prix really got us fired up for the event. A great night.”

For Sam, it’s a night that will be a lasting memory and something he uses as motivation in his desire to one day become a Formula 1 commentator.

“It was amazing to meet Crofty in person after watching him on so many F1 telecasts. He was as engaging and funny in real life as he is on TV,” said Sam.

“I dream about being a Formula 1 commentator and listening to Crofty and Martin really made me want to do it even more.”

Sam and his father Ed had the pleasure of meeting both Croft and Brundle at the show and such is Sam’s passion, Croft has invited the F1 fanatic into the commentary box ahead of Sunday’s race.

Remember the name because one day it could be Sam Wyatt screaming, “It’s lights out and away we go,” just like his idol.