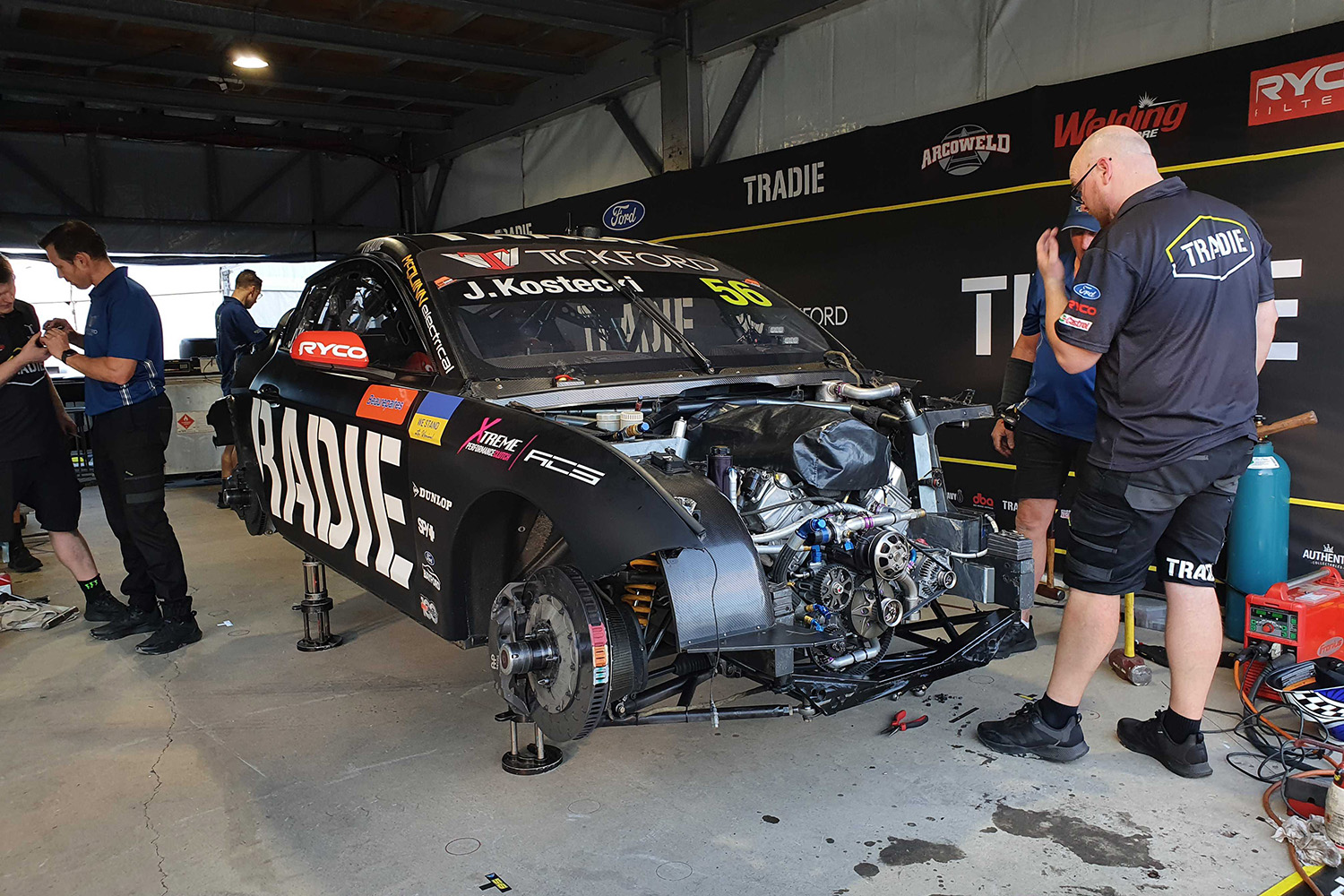 Tickford Racing’s Jake Kostecki says a swing at the set-up of his Ford Mustang made it too loose for his liking as he crashed out of Qualifying for Race 6.

The #56 Tradie Racing driver drew the red flag when he lost control of his car at Turn 5 at the Albert Park Grand Prix Circuit on his second flying lap, clouting the outside wall heavily.

The impact tore the rear wing from his car and plucked the left passenger door open as he spun out of control on corner exit.

Kostecki was lucky not to get collected after the fact as the trailing group of cars navigated the ensuing debris.

“I’m fine, I’m just sorry to all the boys for making a mistake out there in qualifying,” said Kostecki.

“We took a big swing at it for that session. We were fairly pacey in Practice 2, made a big change for that qualifying, and it just made my car really loose out there and had no speed at all and just took a bit too much out of the tyre there.

“It’s a tricky corner, but it’s not like it’s on the driver. It’s a corner where you’ve got to trust the car through there and obviously we made a big change for qualifying and it just didn’t pay off at all and the car got really loose and that was the end of it.”

The incident had several ramifications, bringing an abrupt end to qualifying after just a single lot of flying laps.

Penrite Racing’s David Reynolds ended up on top, claiming pole position for the opening race of the Beaurepaires Melbourne 400.

Red Bull Ampol Racing’s Shane van Gisbergen was a victim of circumstance. He pitted prior to the session being red flagged, the eight-minute affair ultimately not restarting and ensuring he will start at the tail of the field.

Kostecki missed the subsequent Qualifying for Race 7 session, with his crew facing a sizeable repair job.

Race 6 of the Repco Supercars Championship at the Beaurepaires Melbourne 400 gets underway on Friday at 14:20 local time/AEST. Before then, another two qualifying sessions will take place in the morning.