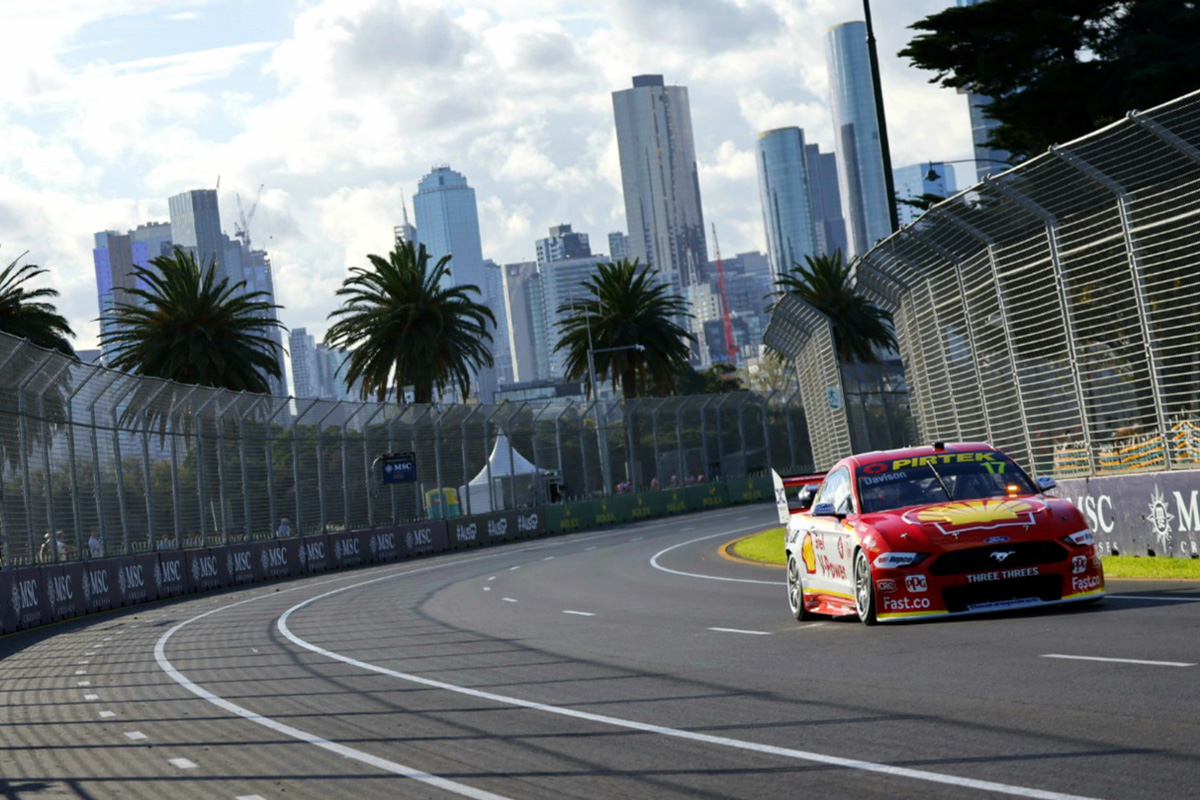 Shell V-Power Racing Team driver Will Davison has claimed pole position for Race 7 of the Beaurepaires Melbourne 400 in another enthralling qualifying session.

With it, Davison in the #17 Ford Mustang became the first driver this season to take more than one pole position after his earlier success at Symmons Plains only two weekends ago.

After qualifying last for Race 6, Red Bull Ampol Racing’s Shane van Gisbergen bounced back to qualify third for Race 7 ahead of team-mate Broc Feeney who made a similarly strong comeback with a last-ditch effort.

Initially, it was van Gisbergen (#97 Red Bull Ampol Racing) who set the pace on a 1:45.1751s. Davison’s first lap took him to second place, a tenth of a second away from the top time.

Waters’ first flyer looked good for a pole position contending time, only for a big lock-up to scorch his left front tyre. As a result, he returned to the pit lane.

The Tickford Racing driver struggled throughout practice with recurring braking dramas, which have seemingly lingered from the preceding outing at Symmons Plains.

Waters wandered out onto the track on his own to set a representative lap time, his first lap taking him to eighth and just under half a second off session leader van Gisbergen.

With two minutes remaining, the second burst of flyers began.

There was drama with a minute and a half to go when Thomas Randle (#55 Castrol Racing) spun out of Turn 5.

Fortunately, he got moving again, notwithstanding a close shave with Pye who veered right to miss the stricken Randle.

At the death, Davison pipped van Gisbergen by 0.2333s to move his way to first.

“So it was one of those ones, I sort of knew it was in the car and it was just knowing what I had to do to put it together.

“I was confident, I didn’t want to change the car much, I knew it was really up to me and I’m really happy with that.”

With his last effort, Reynolds fell just 0.0814s shy of Davison. That saw him rise from seventh to second at the session’s end.

Van Gisbergen opted not to press on with his last lap, returning to the pit lane and settling for third. Feeney was a late riser, surging 14 places from 18th to fourth.

Qualifying for Race 8 will kick off the Supercars action tomorrow at Albert Park, from 09:40 AEST.