Alonso: Supercar a cross between a GT3 and a NASCAR

Alonso: Supercar a cross between a GT3 and a NASCAR 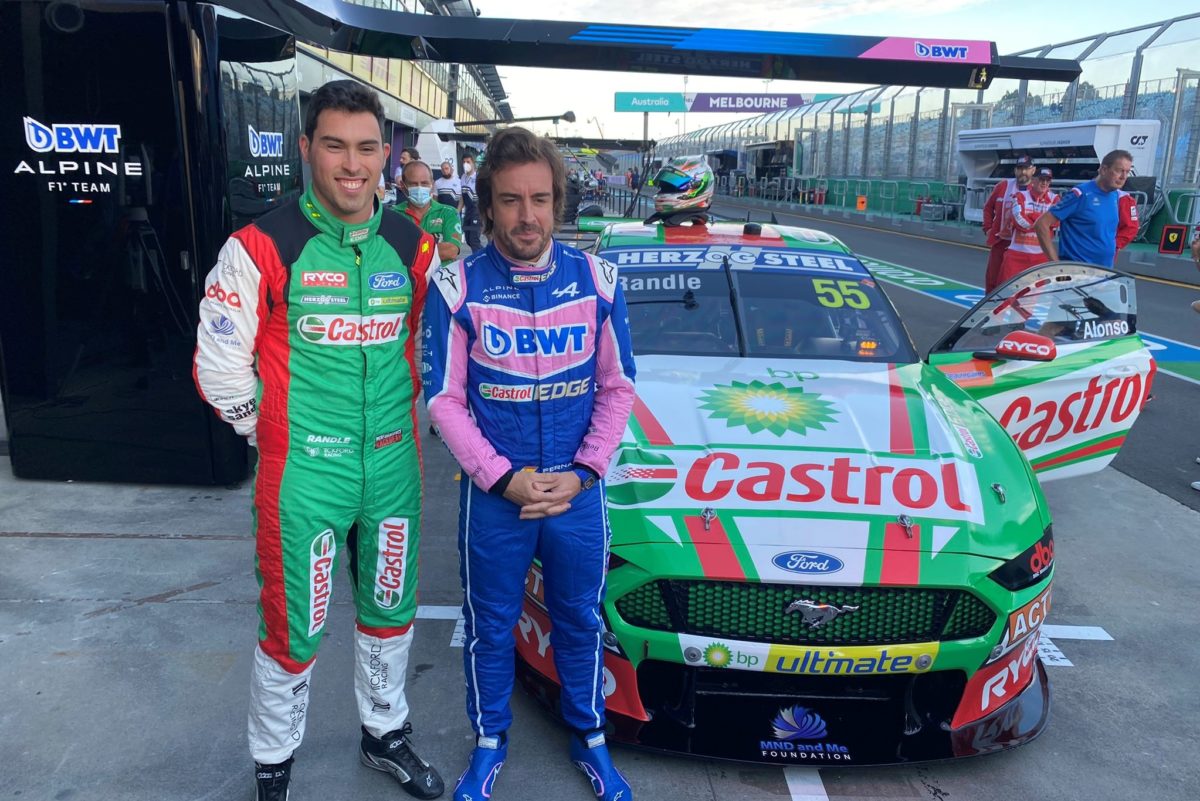 Two-time world drivers’ champion Fernando Alonso has given his take on a Supercar after driving Thomas Randle’s Ford Mustang at Albert Park.

The Alpine driver cut laps in the #55 Tickford Racing entry on the evening prior to heading out for opening practice for the Formula 1 Heineken Australian Grand Prix.

Alonso has driven not only through two decades of F1, but also twice won the 24 Hours of Le Mans in an LMP1 Toyota, and the Daytona 24 Hours outright in a DPi-spec Cadillac.

On top of that, he has competed in IndyCar, the LMP2 class of Daytona, and even in a factory Toyota Hilux in the Dakar Rally.

The Gen2 Supercar, according to the Spaniard, is a different beast again.

“It’s heavier and softer on the corners, but then you feel the power, the V8, and the noise is amazing.

“It’s good fun [to drive], because the cars a very similar to each other on the grid, they are only separated by one second, so I’ve heard, and with 25 cars, that’s amazing.”

Alonso did in fact come close to driving a Supercar in 2017.

Then a McLaren driver, he was to have had a steer of the 2011 Bathurst 1000-winning Holden Racing Team Commodore which Zak Brown bought.

However, the car ran out of fuel and Alonso never got his chance at the end of the day.

While not driving a collector’s item owned by his team boss of the day, Alonso was still mindful of his responsibility to Randle, who rode shotgun at Albert Park.

Despite a minor off at Turn 1, he remarked, “We look after our cars like they are our babies, so to have someone else drive your car is a lot of pressure.

“I tried to behave and take care of the car, to make sure he is happy.”

The 40-year-old did not rule out a tilt at Supercars in future.

“Who knows? There are a couple of amazing races here, Bathurst being the most popular one,” said Alonso.

“It’s not in the short-term plan, but you never say never.”

Alonso was not the only Formula 1 driver to steer a Supercar around Albert Park, with Red Bull Racing’s Sergio Perez having a solo run in Broc Feeney’s ZB Commodore.