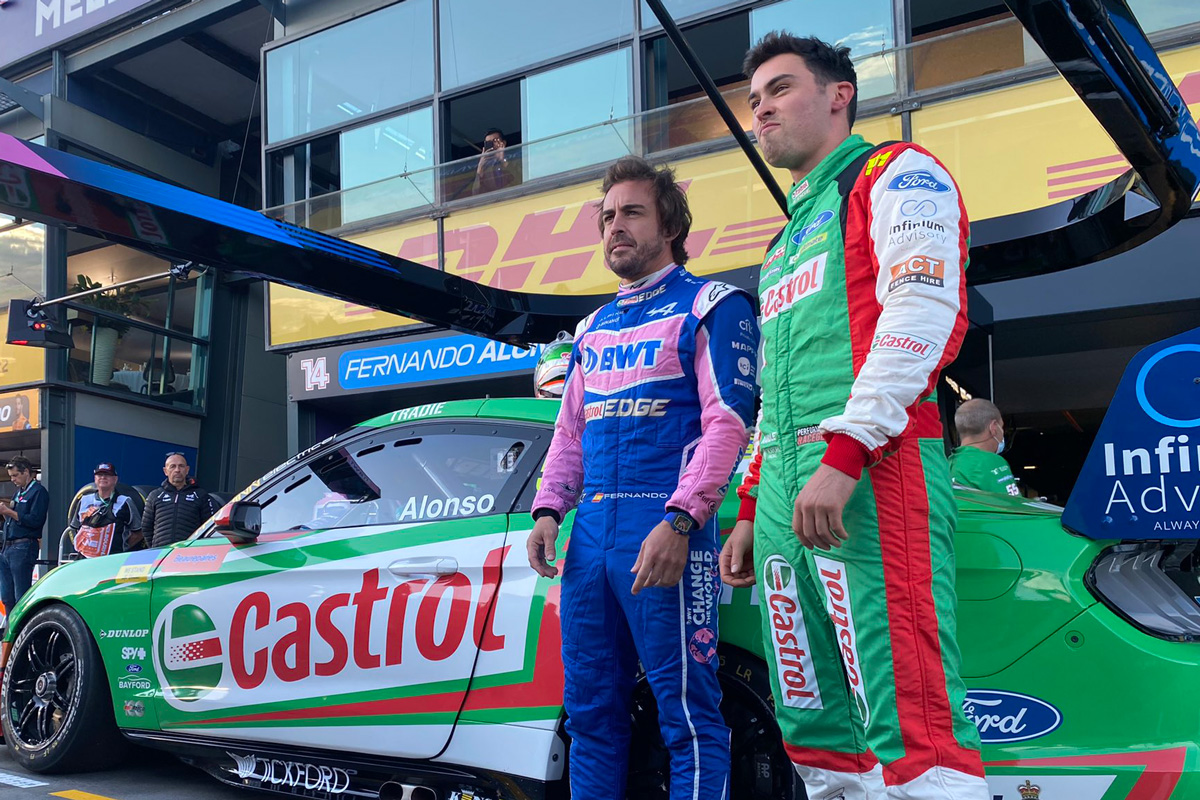 To mark the occasion, Triple Eight Race Engineering swapped the iconic #88 for Perez’s customary #11 that he races with in F1.

Feeney donned a headset, speaking with Perez from the pit lane.

While it appeared a relatively pedestrian outing for Perez, Alonso didn’t hold back and even had a moment at Turn 1 as he briefly toured the grass run-off.

The opportunity for Alonso and Randle came courtesy of associated sponsor Castrol.

For the two Formula 1 drivers, it marked the first time either had driven the newly-configured Albert Park Grand Prix Circuit.

Speaking after his Supercar cameo, Perez said he was eager to get out on track in his Red Bull Racing RB18.