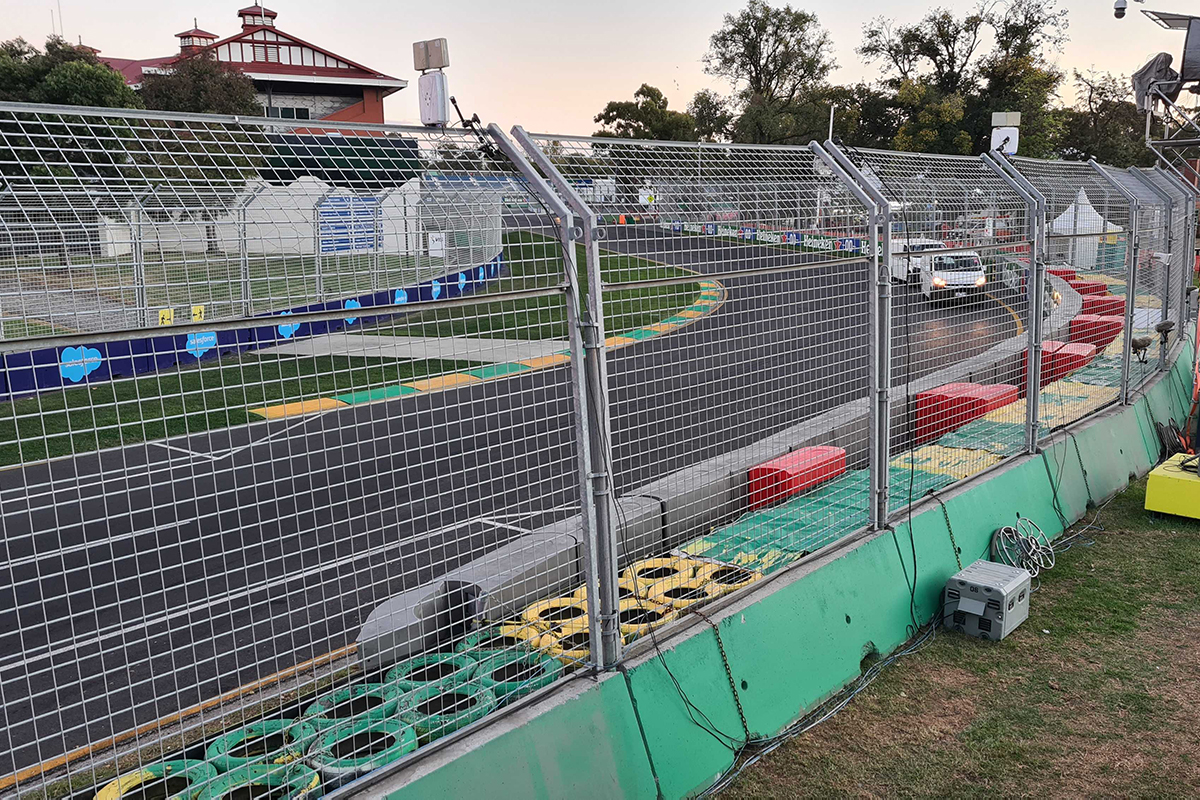 Changes to the Turn 5 Tecpro barrier

Changes have been made to the Albert Park circuit following the opening day’s running at the Formula 1 Australian Grand Prix.

While F1 track action doesn’t start until tomorrow, the support programme, headlined by the Repco Supercars Championship, did head out on the revised circuit.

Supercars took in two practice sessions and back-to-back qualifying sessions for Races 6 and 7 of the competition.

However, two separate crashes at Turn 5, one each for Broc Feeney and Jake Kostecki, raised concerns.

Both drivers tagged the new-for-2022 Tecpro barrier on the exit of the fast right-hander, placed close to the edge of the circuit, before rebounding out into the middle of the track.

Kostecki’s crash during the first qualifying session, for Race 6, made for a lengthy red flag as repairs were made to the damaged barrier.

The FIA has now confirmed to Speedcafe.com that the Tecpro section on that corner has been shortened by 20 metres.

“I haven’t I haven’t seen them so I guess I’ll have to have a look at that,” said Mick Schumacher when asked by Speedcafe.com for his thoughts on the placement of the Tecpro barrier, given the crashes on Thursday.

“I’m sure that F1 and the promoters are on it and try to make everything as safe as possible and put the placing of the Tecpro barriers the right way.”

The changes, introduced prior to Supercars’ second qualifying session on Thursday afternoon, are set to remain in place for the balance of the weekend.