Quartararo: Honda MotoGP switch ‘something to think about’

Quartararo: Honda MotoGP switch ‘something to think about’ 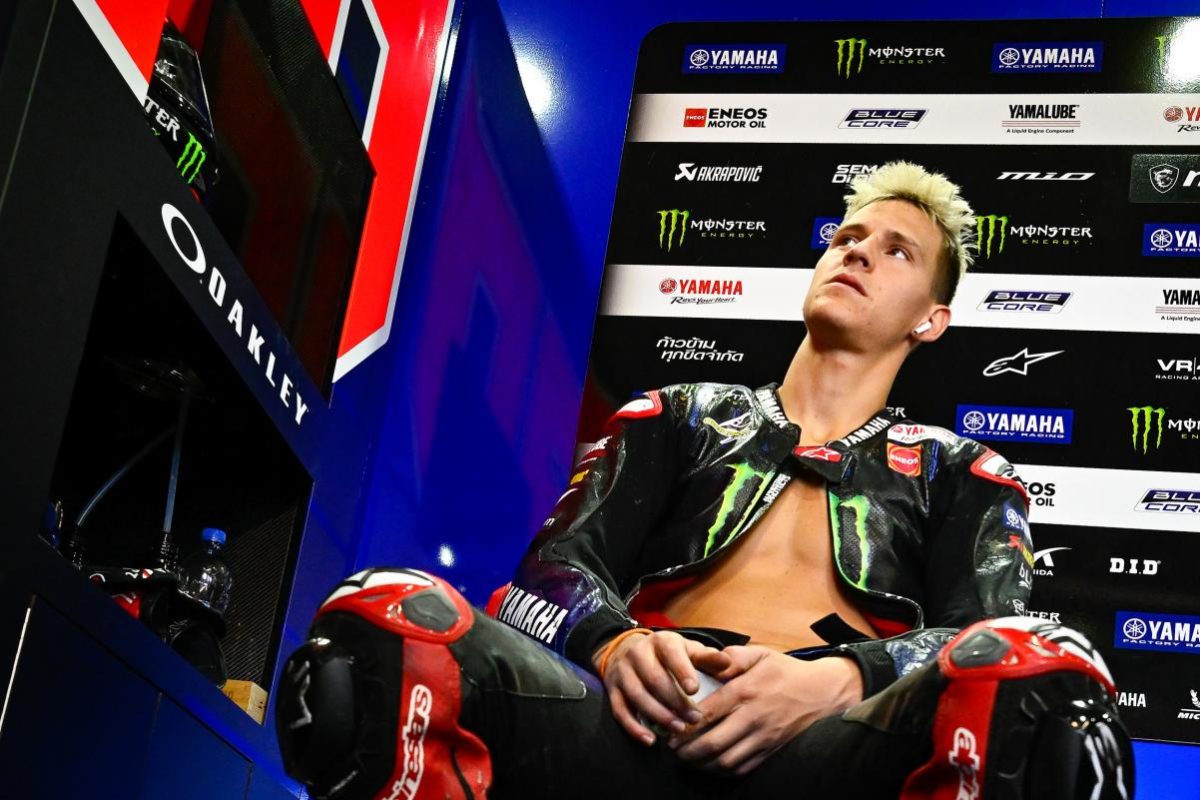 Fabio Quartararo has done nothing to rule out the possibility that he could switch to Honda at the end of the 2022 MotoGP season.

The 2021 world champion is into the final year of his current contract with Yamaha, a year which has largely been a frustrating one so far.

He was asked on Sky Sport Italia after that race about whether his continued struggles, and Honda’s interest, might push him into the arms of the other big Japanese manufacturer.

Quartararo responded, “It’s something to think about.

“My future is not clear to me, so it’s time to think about it and take my time.”

The Frenchman had already vented about his YZR-M1 package during pre-season, declaring his future “wide open” due to receiving a bike which was well below his expectations.

He would go on to record race results of ninth, second, and eighth in the three rounds to date, from grid positions of 11th (12th-fastest in qualifying), first, and sixth.

A deal with Honda would make much sense for both parties.

For Quartararo, there are simply few other options aside from staying at Yamaha.

Ducati already has three of its own contracted riders fighting for one remaining factory seat for 2023, those being Jack Miller, Jorge Martin, and Enea Bastianini.

KTM would most likely want to promote from its own talent pipeline if Miguel Oliveira is to move on, noting Brad Binder is already tied up for next year.

Suzuki, like Yamaha, does run inline engines rather than a V4 configuration, meaning the adjustment might be easier.

As for Aprilia, it is the most recent race winner, but that is its first ever in the premier class and the Noale manufacturer would be a risky proposition for a world champion.

Furthermore, it is unlikely that Suzuki or Aprilia would be able to match Honda’s financial clout.

Honda, of course, carries its own risks, but the manufacturer made radical revisions to its RC213V in the last off-season in a bid to make it rideable for pilots other than Marc Marquez.

In fact, Marquez himself said that it felt like a different make of bike, and was still coming to terms with a new riding style before his latest injury.

That the six-time premier class champion has become so injury-prone is the other major factor which would make Quartararo enticing for Honda.

Assuming it does not see Pol Espargaro, whose current agreement runs out this year, as a rider who can fight for championship titles, it could do with ‘El Diablo’ in its ranks.

Then there is the fact that if #93, contracted until the end of 2024, is joined by Quartararo, the Repsol Honda Team locks up two of only three MotoGP champions who are active in the category (the other being Suzuki’s Joan Mir).

Meanwhile, Marquez is apparently considering a return to racing this weekend at the Circuit of The Americas after just one full round out with diplopia, based on social media activity which suggests he rode a Supersport bike in the last 24 hours.

Practice for the Grand Prix of the Americas starts on Saturday morning (AEST).