Marquez to return to MotoGP at COTA

Marquez to return to MotoGP at COTA 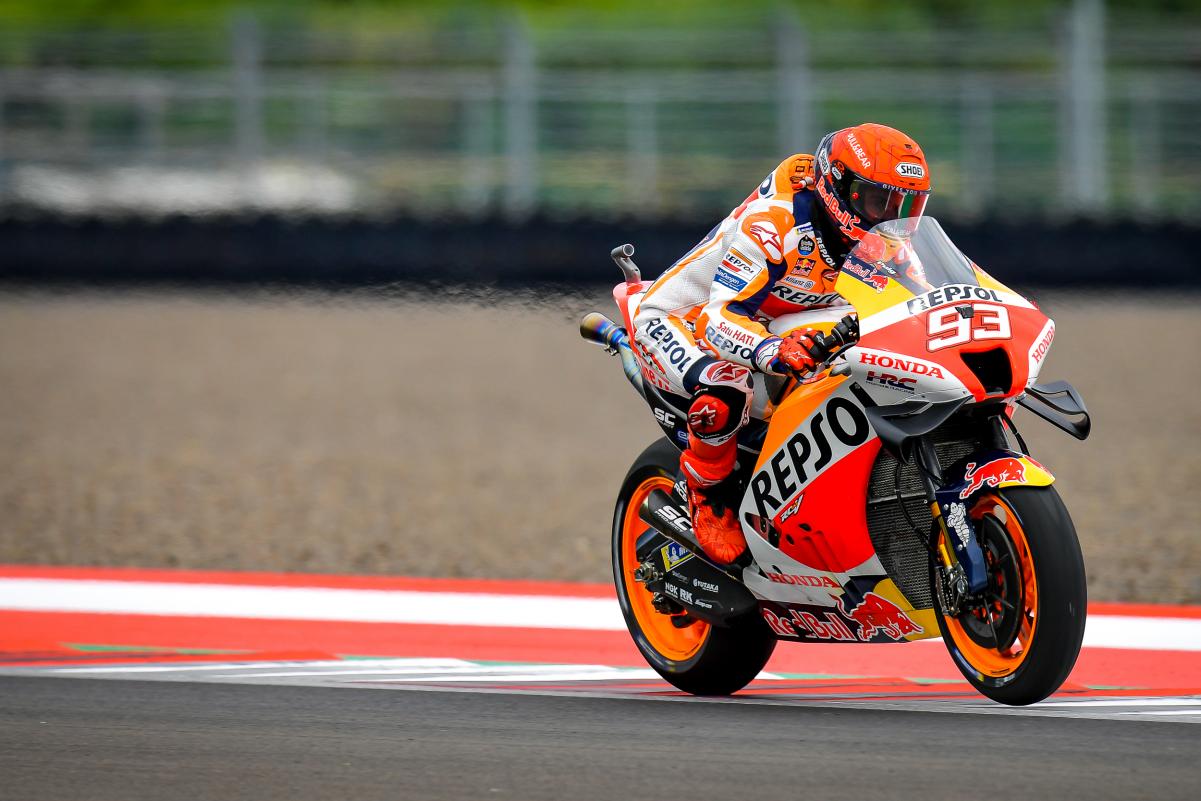 Marc Marquez will return to MotoGP competition in this weekend’s Grand Prix of the Americas, the Repsol Honda Team has announced.

The six-time premier class champion had highsided during the Warm Up for the Indonesian Grand Prix in mid-March, missing that afternoon’s race due to concussion.

After being diagnosed with diplopia (double vision) upon his return to Spain, he was ruled out also of last weekend’s Argentina Grand Prix in its entirety.

However, Marquez has now been given the green light to race at the Circuit of The Americas by his doctors.

Honda has also confirmed, per social media activity from the Spaniard, that he did indeed test himself by riding a Supersport bike earlier this week.

“Doctors have cleared Marc Marquez for a return to Grand Prix competition after his fall in Warm Up at the Indonesian GP and subsequent diplopia diagnosis,” read a statement from the team, in part.

“The Repsol Honda Team rider has completed his conservative treatment plan and is ready to return to action at Round 4, the Grand Prix of The Americas in Austin, Texas.

“Before heading for the US, he confirmed his feelings and vision on a CBR600RR around the Alcarras circuit.”

The man himself said, “Of course I am very happy to be back, it’s a great feeling to return and especially to do it at one of my favourite tracks.

“No matter the situation, I really enjoy riding in Texas and have incredible memories there.

“We have some work to do after missing two races and the whole Argentina weekend so I am not here to set one target at the moment.

“There’s many things to do and consider, but the important thing is that we are back on the bike this weekend.”

Marquez has a stellar record at COTA, having won every MotoGP race at the Texas circuit bar one, when he crashed while leading in 2019.

His victory last year was his second since coming back from badly breaking his arm in 2020, and he followed that up with a win in the following race of the season at Misano.

Shortly after that, however, Marquez crashed a motocross bike while training.

Then and now, he was initially advised as having suffered concussion, and subsequently diplopia, which kept him out of the final two rounds of 2021 and also post-season testing.

However, as team principal Alberto Puig predicted in Argentina, his recovery has been quicker this time around.

Marquez is 15th in the championship while team-mate Pol Espargaro slipped to 10th after crashing out of fourth position in the Argentina race.

“After the disappointment of last race, I am looking forward to riding again this week,” said Espargaro.

“Austin was not the easiest circuit for us last year but with the new bike it’s interesting to come and compare what we did last year to this year.

“Already it looks like there will be many people in the mix for the championship this year so we need to get back to scoring points and putting together weekends like the start of the year.

“It’s time to get some more points on the board and start building something.”