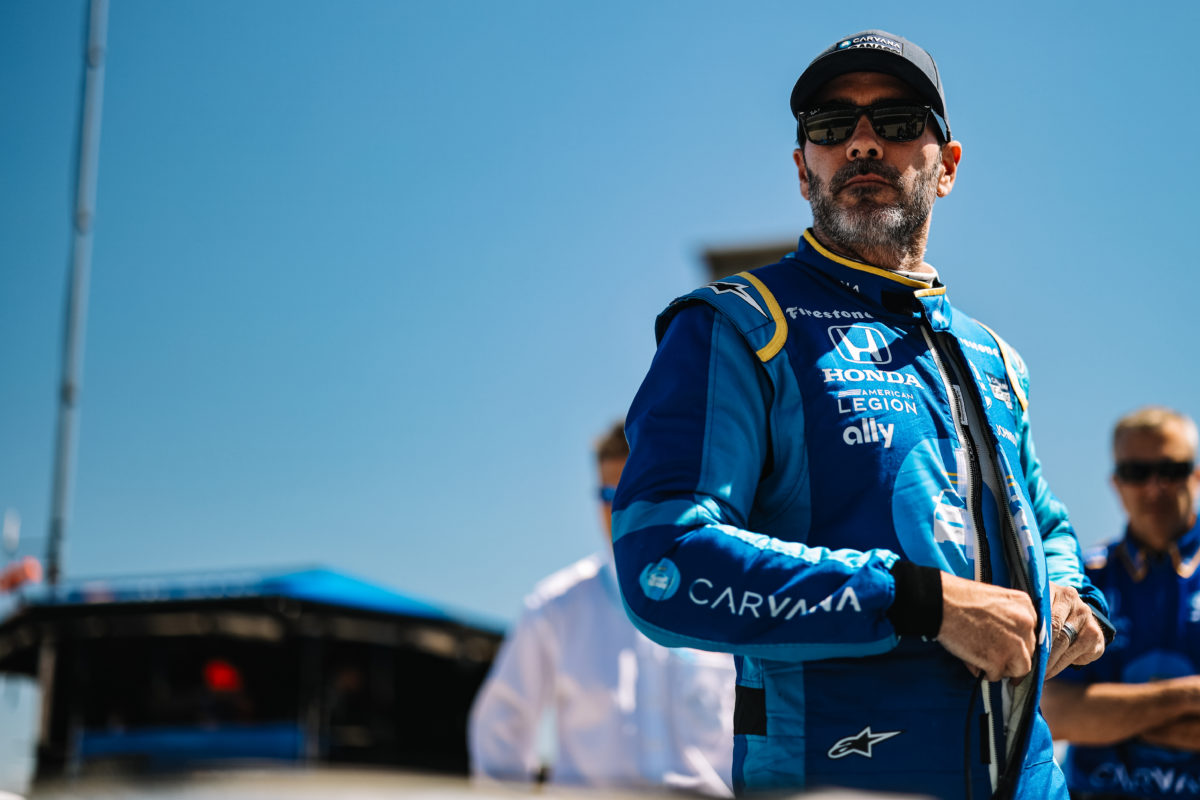 Jimmie Johnson believes he is a chance of winning the Indianapolis 500 after a career-best result in his first IndyCar oval race, at Texas Motor Speedway.

Johnson finished sixth in Race 2 of the season, an improvement of 11 positions relative to his previous personal-best, having run as high as fifth in the final stint.

The seven-time NASCAR Cup Series champion described that result as a “relief”, although he had been upbeat on his way to Fort Worth given ovals were his bread and butter before his switch to IndyCar.

While the next three events are road course affairs, the Indianapolis 500 looms in May, and Johnson is not about to dismiss taking victory in the big one as a possibility.

“I feel like that’s an aggressive statement, for sure, but why not? Why can’t we?” he said.

“The 500 is a special race. We’ve seen favourites win, we’ve seen the race won by strategy, first-time winners, a variety of different things that have taken place.”

At 46 years old, the Chip Ganassi Racing driver is around four months younger than Helio Castroneves, who won the Indianapolis 500 for a fourth time just last year.

“Helio is like ages older than me and he won last year,” joked Johnson.

“Really, anything’s possible. Building off [Texas], if I had a poor running or didn’t feel the car, get a sense of the car, I would think the hill to climb during the month of May would be much steeper.

“Learning what I did, I’m going to start at such a better spot.

“If the race was 50 laps longer, I think I would have finished further forward.

“If I started 10th, the way the track played out, my result would have been better than a sixth.

The Grand Prix of Long Beach takes place this weekend, while race day at the Brickyard for IndyCar’s flagship race is May 29 (local time).

Both races will be streamed live and ad-free on Stan Sport.