Reynolds riding high after ‘best weekend’ yet with Grove

Reynolds riding high after ‘best weekend’ yet with Grove 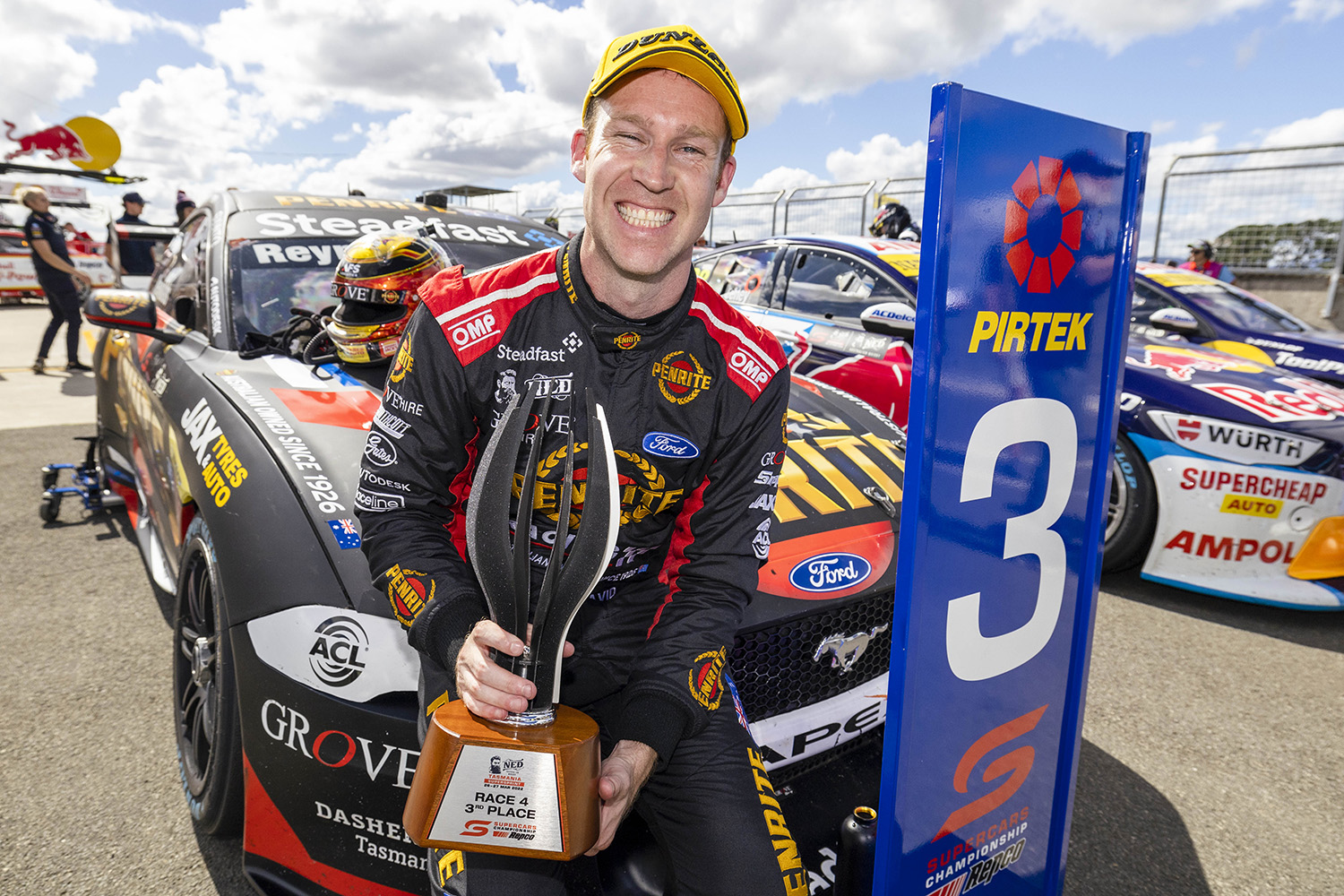 David Reynolds is riding a wave of confidence off the back of his best weekend to date with Grove Racing.

It didn’t go all his way though. Race 3 proved a missed opportunity after being caught up in a clumsy incident with Mark Winterbottom.

If not for the clash, a top 10 finish might have been forthcoming in the opening encounter having been eighth at the time.

However, Race 4 and Race 5 brought better results. Come Sunday, Reynolds broke through for his first podium of the season with third, which he followed up with fourth in the last race.

“It’s been the best weekend I’ve had with this team since I started,” the 2017 Bathurst 1000 winner told Speedcafe.com.

“At the start of the weekend, if you said I was going to finish third and fourth, I probably would have laughed in your face. I thought there would’ve been much faster cars in front of me.”

The Tasmania weekend marked an uptick for Grove Racing, which under the Kelly Grove Racing banner struggled to get its Ford Mustang pair consistently quick in 2021.

Since the completion of the ownership takeover, Grove Racing has invested significantly into the development of its Gen2 chassis despite Gen3 looming.

More parts are expected to go onto the car in time for this weekend’s Formula 1 Heineken Australian Grand Prix too.

“I’m so happy he’s there and backing us in the background. He wants to have the best looking team and the fastest team and win some races.

“I think we’re a good looking team at the minute. All our stuff looks the best, we’ve got the coolest looking cars and all the flashest gear. When you’ve got nice gear you feel nice, don’t you?

“I think everyone is enjoying it. I’m really happy. When you’ve got a car that’s competitive, you finish fourth and you get disappointed. Could’ve got third maybe. It’s just the racer in yourself that wants to perform and prove to the team that they’ve got a good car.

“It’s all the work that the boys have been putting over Christmas – all the parts that we’ve added onto the car, there’s still heaps more to come, don’t worry – it’s been fantastic.

“Last year when we were on the super soft tyre in Darwin, we really bad; very, very slow. [Tasmania] was a super soft tyre weekend and we were very fast. To have turned a corner on that tyre, it’s quite hard to do.”

With the Beaurepaires Melbourne 400 looming, Reynolds is hopeful the team can continue its form.

The Repco Supercars Championship hasn’t featured at the Albert Park Grand Prix Circuit since 2020, although that event only made it through the Thursday before being cancelled on Friday morning.

The circuit has since undergone corner reconfigurations and resurfacing that Reynolds says might make any form guide null and void.

“We discussed that before and maybe it might be a little bit of a struggle for us,” said Reynolds.

“It just depends. There’s still plenty for us to work on but we might surprise ourselves and roll out pretty comfortable.”

The Melbourne 400 takes place across April 7-10 with Supercars hitting the track on Thursday for practice and qualifying.