Passing could be harder for Supercars at Albert Park

Passing could be harder for Supercars at Albert Park 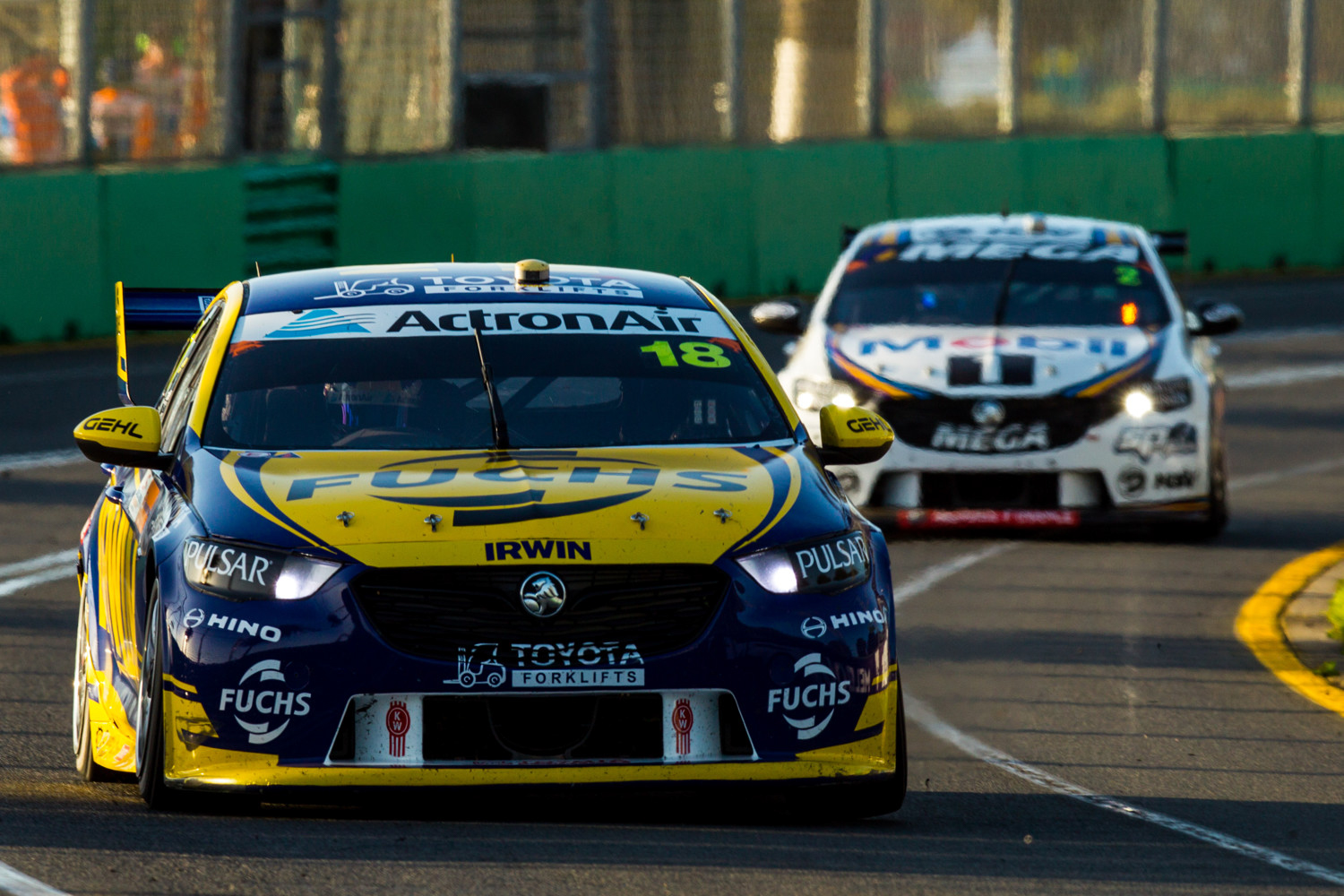 Overtaking at the Albert Park Grand Prix Circuit might be tougher than usual this year, according to Irwin Racing’s Mark Winterbottom.

Wholesale resurfacing to the course and configuration changes to select corners are expected to aid overtaking for the main act, Formula 1.

However, the same might not apply to the Repco Supercars Championship.

Faster, wider, sweeping corners, combined with at least three DRS zones is expected to make for more overtaking for the single-seaters.

Supercars, however, does not have the fortune of drag reduction systems.

In fact, the Ford Mustang and Holden ZB Commodore have been developed to the point where they tend to suffer understeer in the wake of another car.

Speaking with Speedcafe.com, Winterbottom fears that those changes, particularly the removal of what used to be Turn 9, may reduce overtaking opportunities.

“I don’t know if it’s going to create more passing or less passing, I actually think it might create a little bit less because turn Turn 9 used to be quite an interesting passing spot,” Winterbottom explained.

“From an F1 point of view, they get DRS and get the gain of being down a longer straight. We don’t, so I’m not sure if it’s going to produce less racing or not.

“Turn 13 is wider now which means the braking zone should be a little bit deeper and a bit faster. So again, that might take out a passing spot.

“The second-to-last corner has got a big, flat, rumble strip on the inside as opposed to a really tight one, so that might be a little bit quicker now and potentially take out a passing spot.

“So on paper, I think it might be less chance of passing, but then when you go out there might be completely different.

“At the moment, I think F1-wise it’s definitely good for DRS point of view. But for us, it may take away a passing opportunity, as opposed to adding one.”

“It’s gonna be really quick. I used to love Turn 9, I thought that was a really cool corner, but it’s like anything, when they take something away and it’s new, you often have an opinion about it, then you go and drive on it and then you get a whole different feel for it.

“At the moment, it looks very quick, but it’ll make Turn 11, or that chicane, the back straight there, is going to be quite quick now on approach.” The changes to the circuit are such that the lap is expected to be several seconds faster than years prior.

With aero wash, Winterbottom isn’t anticipating the new high-speed passage on the run to what is now Turn 9 and Turn 10 (formerly Turn 11 and Turn 12) to be an overtaking spot like it is expected to be for Formula 1.

“On paper, the faster approach to a really tight corner is where you get the most passing; you know, Turn 9 in Adelaide, Turn 9 at the Grand Prix.

“You could have a run on people and stuff like that now. We’ll have to go out there and see. It’s quite fast that corners are fourth gear corner at the back straight there, so you don’t slow down.

“If you were slowing down to a second gear corner that it would be a massive passing opportunity, but we don’t see our car just tow up to someone unless you get a better run off the corner before.

“I don’t think it will help passing, but who knows? Hopefully it’s good.”

What could spice proceedings up is the tyre allocation.

Teams will have to use both the soft and hard compound tyres during each of the 20-lap races.

That in itself and the new track surface might increase the likelihood of overtaking.

“There’s plenty going on there without just a new track layout,” Winterbottom said of the tyre change-up.

“That’s an engineering nightmare getting that right, so there’s plenty going on, let alone a new track.”