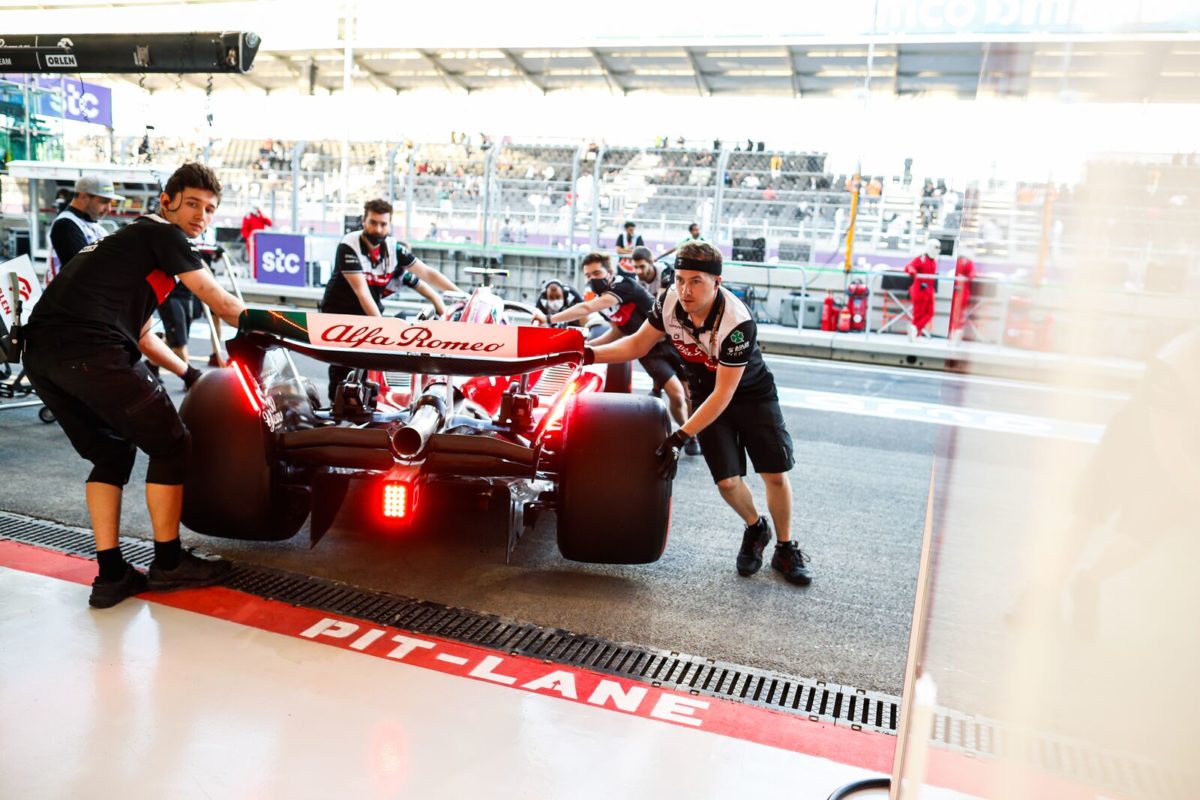 The revised Albert Park circuit for this weekend’s Formula 1 Australian Grand Prix doesn’t pose too much of an additional challenge for teams.

Reprofiling and resurfacing works have been carried out in Melbourne since F1 last visited, with the removal of the chicane on Lakeside Drive the most significant alteration.

Coupled with the opening of some corners, and tightening of others, it poses a renewed challenge for engineers as they arrive with all-new spec cars for 2022.

“We need to see, just because in terms of power-limited section on the straights, it will be a bit more. We need to see a bit what is now the trade off on the way how we operate the car, but I don’t expect big surprises.”

The team heads into this weekend’s race off the back of a promising start to the 2022 campaign.

Valtteri Bottas and Zhou Guanyu have both scored points, though the former was a retirement in Saudi Arabia with rising engine temperatures.

For Zhou, it will make the first new circuit he’s come across in F1, having raced in both Bahrain and Jeddah in junior formulae.

“Yes, it will be challenging, but the same way [Saudi Arabia] also was a bit challenging,” Pujolar said of the task that awaits Zhou.

“This type of track for him, I think Zhou has done an impressive work in Jeddah and is working very well together with Valtteri. Valtteri is helping him a lot.

“Valtteri, I think he’s performing in a very strong way at the moment,” he added.

“So we hope to have, again, a strong car, very strong performance with a car, two very good drivers and I think the team is also very strong.

“We solve the reliability problem, and then we can be fighting again for least top six.”

Opening practice for the Australian Grand Prix gets underway at 13:00 AEST on Friday.