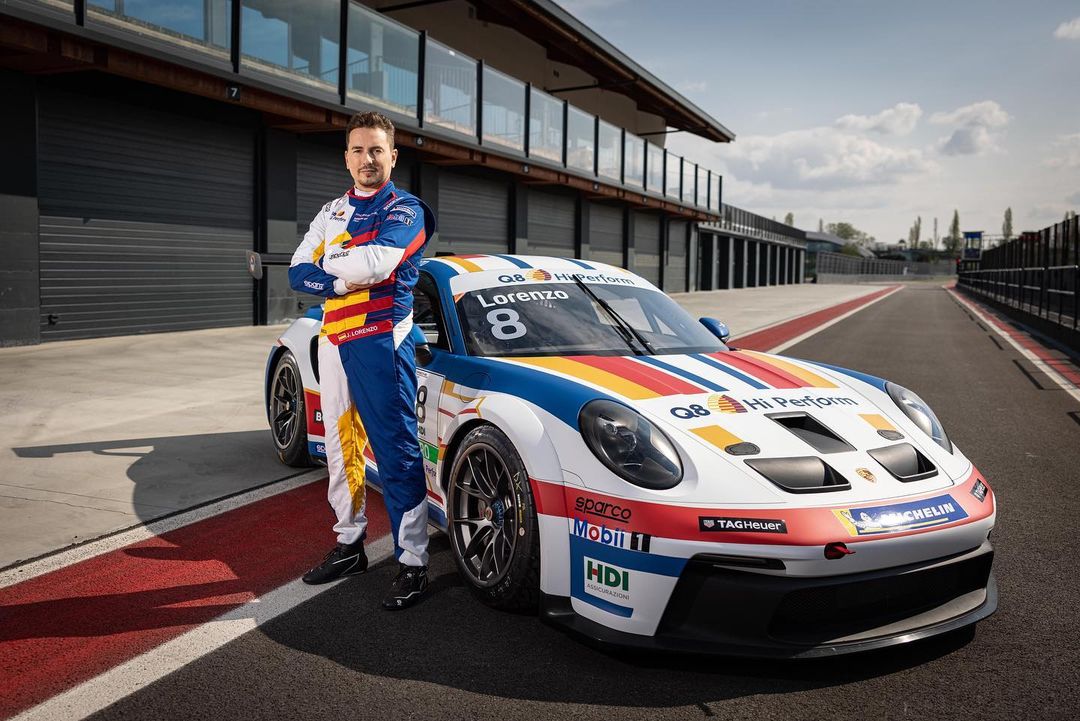 Three-time MotoGP world champion Jorge Lorenzo has announced that he will race in Porsche Carrera Cup Italia this year.

“A new and exciting phase of my life begins,” he wrote on Instagram.

“I want to thank the Q8 Hi Perform team for welcoming me and choosing me as official driver of the Porsche Carrera Cup Italia.

“We are a strong, united and ambitious team and I am eager to get involved and prove that I can also be competitive on four wheels.”

The Italian, who had dabbled in GT3 racing previously, finished 17th in the #46 Team WRT entry which he shared with Nico Muller and Frederic Vervisch.

The car had been running 13th until a mishap under Safety Car when Rossi overshot his pit box and had to go around again before making way for Vervisch.

However, team principal Vincent Vosse was not laying blame on the seven-time MotoGP (premier class) champion.

“All the attention, obviously, was on Valentino, he did a very good job, no mistakes and had a good pace,” said Vosse.

“He is not at fault in the pit stop issue. It is something that we have to analyse but that can happen when almost the entire field comes into the pit lane at the same time.”

Rossi himself said, “It was a very good weekend, we worked a lot and well, and I enjoyed every moment.

“In the race, I was strong, we could have gone for a good result, in the top 10, but unfortunately, there was this mistake at the pit stop, but we will learn from it.

“I still have to cope with a lot of new things in GT racing, where you have so many variables and information to handle.

“I guess this is what you call experience.”

Pedrosa was also in action at Imola in Lamborghini Super Trofeo Europe, finishing eighth in Race 2 in the car he shared with Antonin Borga after they got home 19th in Race 1.