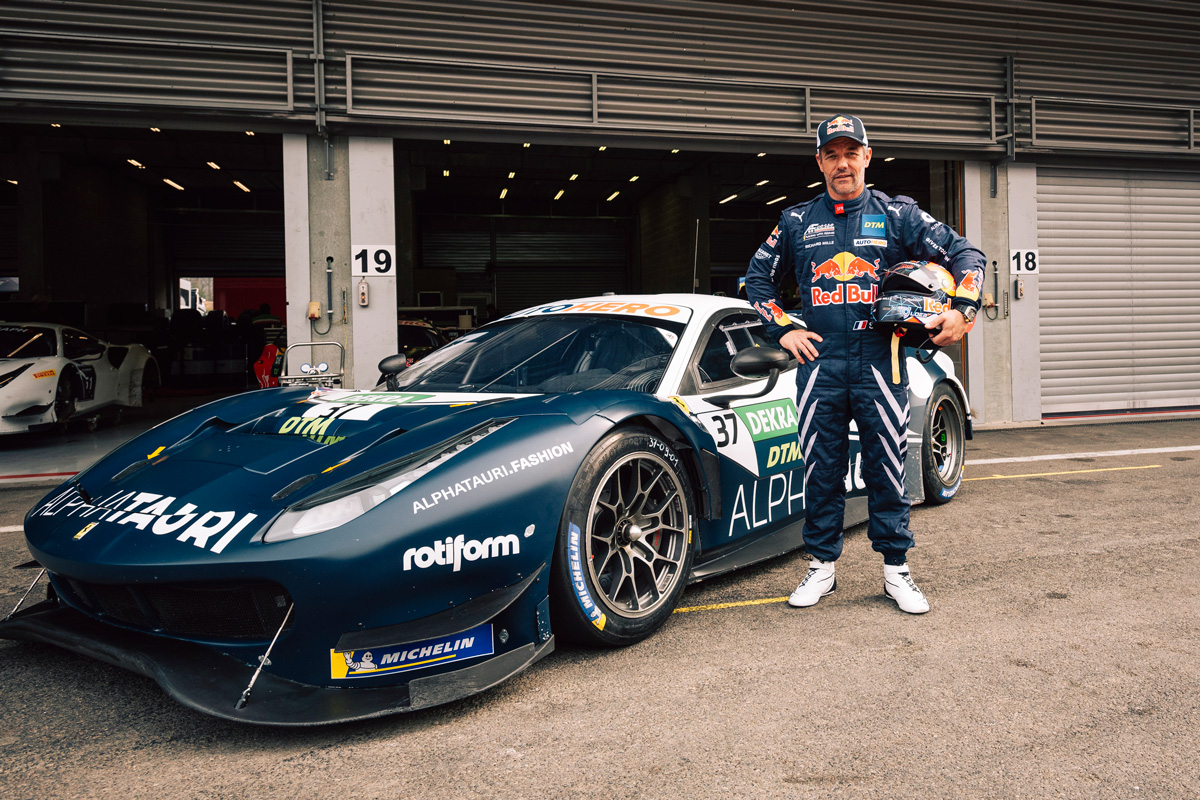 Sebastien Loeb with the Ferrari 488 he will race

World Rally Championship legend Sebastien Loeb has been confirmed to make his debut in Germany’s DTM series in a matter of weeks.

Loeb will be in action for Red Bull AlphaTauri AF Corse, as a replacement driver for Nick Cassidy – the New Zealander missing the Portimao season-opener due to a calendar conflict with Formula E for the April 29 to May 1 weekend.

Now 48, the nine-time WRC champion has had a fine start to his diverse 2022 programme, taking victory in the Rallye Monte-Carlo and second in the Cars class of the Dakar Rally.

He also has prior experience in circuit racing, finishing runner-up in the 2006 24 Hours of Le Mans, and third overall in the World Touring Car Championship in 2014 and 2015.

“Throughout my career, I have always liked to change between disciplines,” said Loeb, whose team-mate will be Felipe Fraga.

“DTM is a famous championship and as the opportunity came up for me to compete in it, I took it, of course.

“It is an exciting challenge because the driving style is entirely different.”

“I will be up against specialists in such racers and my last proper GT3 race already is a long time ago,” he added.

“My goal will be to find my rhythm as well as I can and I will try to use my experience to give the team good feedback about the set-up of the car.

“I know that it will be difficult but the cars really are fun to drive. Really fast, nice cars. Therefore, I am looking forward to it.”

DTM chief Gerhard Berger welcomed the Frenchman to the series.

“Having the most successful rally driver of all times with us in our season opener at Portimao is a genuine highlight that fans can look forward to,” said Berger.

“The achievements in his career speak for themselves, but nevertheless, it will be a hard competition against very strong drivers, for Sébastien Loeb as well.

“Standing in for Nick Cassidy, he will be fighting for points with the AlphaTauri Ferrari, so therefore I am certain that a champion of his stature will be highly motivated coming to the race track.”

DTM will hold official pre-season test days today and tomorrow (local time) at the Hockenheimring, ahead of another two days of testing at Portimao on April 26-27.