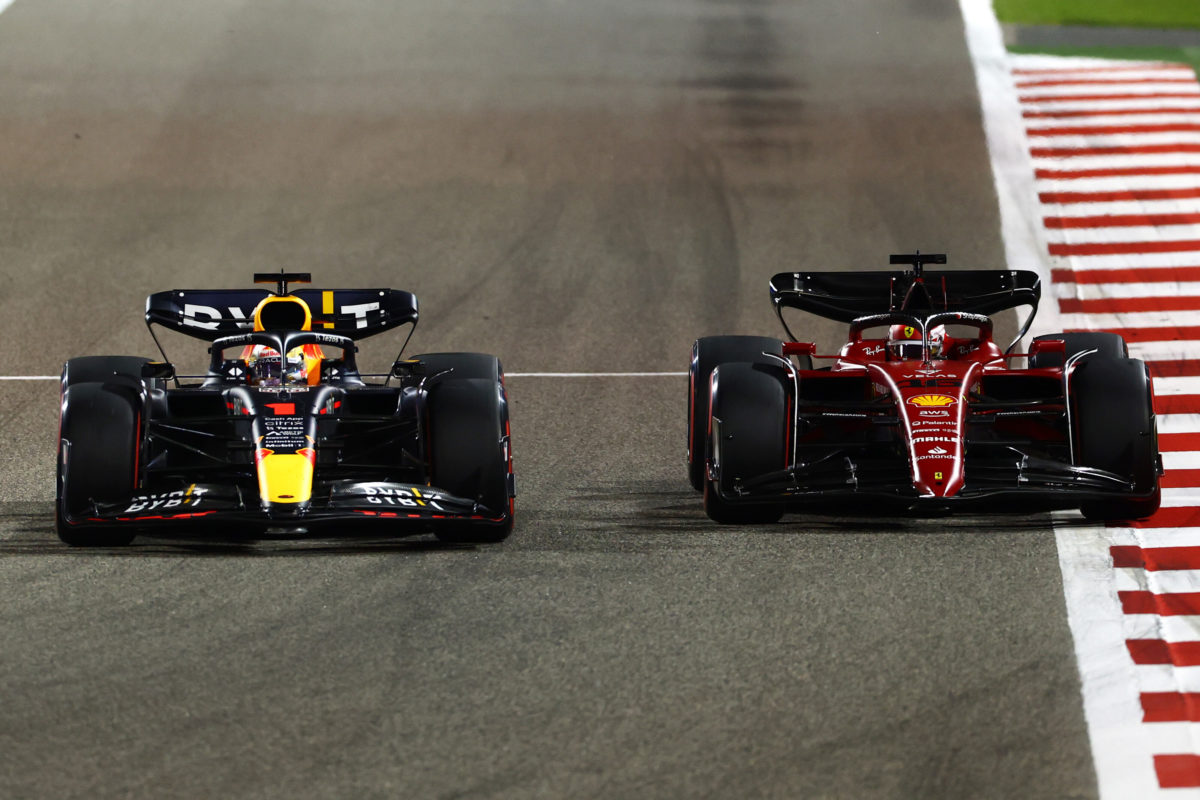 World championship leader Charles Leclerc has suggested the latest generation of Formula 1 cars is more predictable when locked in battle, making it easier to follow the car ahead.

Leclerc has seen his fair share of exchanges already in 2022, having twice engaged in battle with Max Verstappen during the opening two rounds of the season.

In Bahrain, the pair squabbled over the lead, swapping places for four consecutive laps before the Ferrari driver finally gained the upper hand.

A week later in Saudi Arabia, the pair again locked horns, this time with the Red Bull driver winning out in a nail-biting climax to the race.

What both encounters had in common was the use of DRS to attack and counterattack, with the exchanges prolonged by drivers being able to follow one another more closely than they have in previous seasons.

“I am really enjoying it, that is for sure,” Leclerc said of the racing in 2022.

“I think Bahrain is one of the easiest tracks to fight on the calendar.

“I think [Jeddah] we are also helped by those hard tyres. I think everyone felt quite quite good with them and they were very good tyres to push on and it was allowing us to follow each other very closely.

“But together with that it is for sure a big step forward compared to last year in terms of predictability,” he added.

“Whenever we are behind another car, it is much more predictable what you’re going to get from your own car.

“Last year you didn’t really know which balance you will get going into a corner and that will make it very difficult for our confidence to follow, and you will lose also much more grip.

“It is definitely a step in the right direction and I love it.”

Leclerc’s comments echo those made by a number of team bosses who, for the most part, have been pleased with what they’ve seen thus far in 2022.

The new style of racing is the result of a combination of factors, which includes the new aerodynamic rules but also revised wheel and tyre package.

Specifically, the tyres are less prone to overheating and have a wider operating window, meaning a small overstep is no longer harshly punished.

The result is improved on-track action, if the opening two races of the season are anything to go by.

“When Max over took me [in Jeddah] at first I thought my race was not over.

“I never give up, but obviously I thought that at this point it will be extremely difficult for me to stay behind and I was very surprised that I could actually stay there. It was nice.”

Leclerc ultimately finished second in Saudi Arabia, Verstappen winning the drag race to the line to take the chequered flag by 0.5s.

Formula 1 returns this weekend with the Australian Grand Prix, opening practice for which gets underway at 13:00 AEST on Friday.