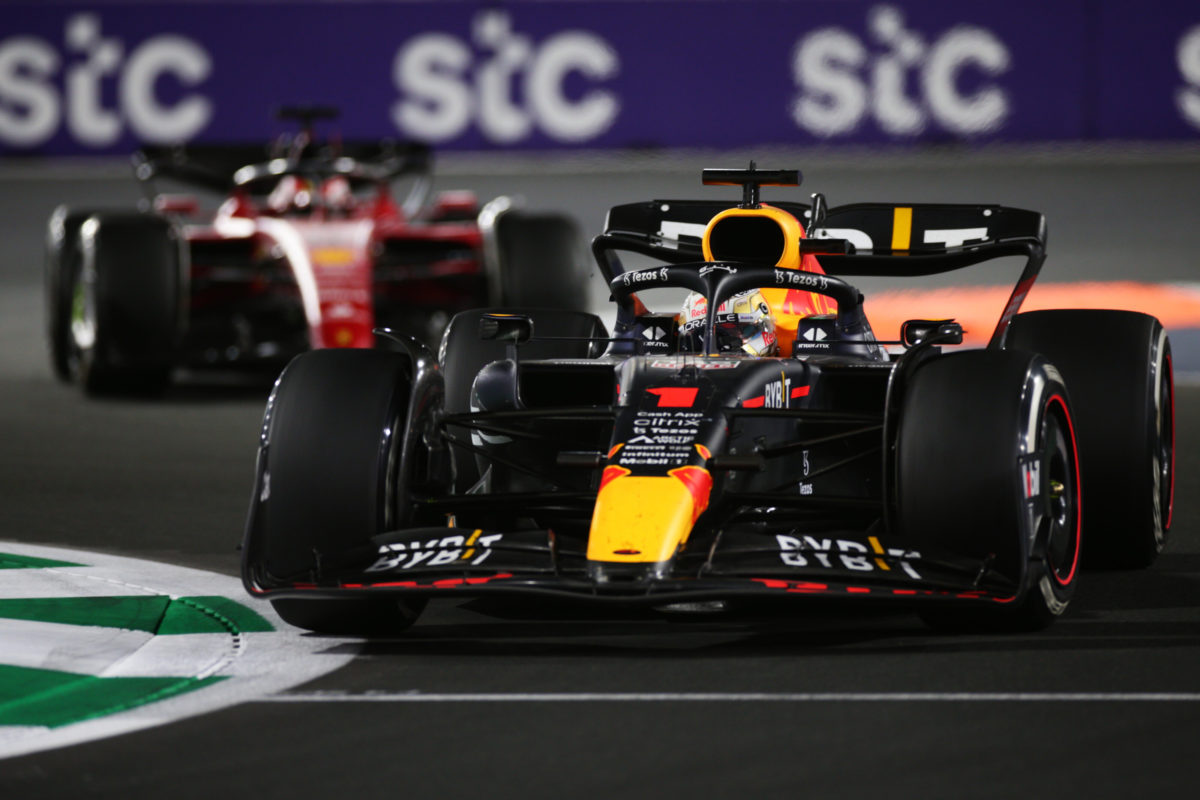 Red Bull and Ferrari have one win apiece in 2022

Christian Horner expects the battle between Red Bull and Ferrari to quickly turn into a development race as both teams learn and unlock the full potential of their cars.

All-new regulations for this year have introduced a new aerodynamic philosophy into Formula 1, along with a new approach to how the technical regulations are written.

Previously, teams had boxes within which they could freely design componentry; however for 2022 that has changed with prescribed surfaces making cars far more prescriptive.

That has not stifled creativity, with a variety of approaches when it comes to front wings and sidepod design.

Coupled with the challenge of the new aerodynamic regulations however is understanding the new rules and unlocking potential within existing designs.

To a greater or lesser extent, all teams have been compromised by porpoising, when the airflow underneath the car generating downforce stalls.

The solution, for now, has been to increase ride height, which inherently reduces the grip available to drivers.

Overcoming that issue is currently a key focus up and down the pit lane, and one example of the performance teams are currently unable to fully exploit.

For the moment, that has resulted in Red Bull and Ferrari being particularly evenly matched, with one win apiece from the two grands prix thus far.

“The first two races have been great racing between the two teams,” said Horner.

“I think that it’s now going to be about development, about unlocking potential with these cars that are still very immature.

“We can see Ferrari are very, very quick and it’s going to be a very busy period through the rest of the spring now to try and get performance to the cars and understand how the tyres are working, and so on over these next few races.”

Red Bull’s presence at the front of the field comes after a 2021 world championship battle that went to the very last race.

Locking in battle with Mercedes, neither squad was able to divert as many resources to the 2022 project as its rivals during the season, meaning Horner’s team effectively developed the RB18 in less time than Ferrari.

“What I’m particularly pleased with is we probably came on to the development of this car later than our rivals,” he suggested.

“The whole team in Milton Keynes, half the effort that went into 16B last year, the latency that championship, that compressed time for this car.

“They’ve worked incredibly hard and [victory in Jeddah] is just the kind of result that projects a whole bunch of energy into the factory.”

The Formula 1 season continues this weekend with the first Australian Grand Prix since 2019, Free Practice 1 for which begins at 13:00 AEST on Friday.