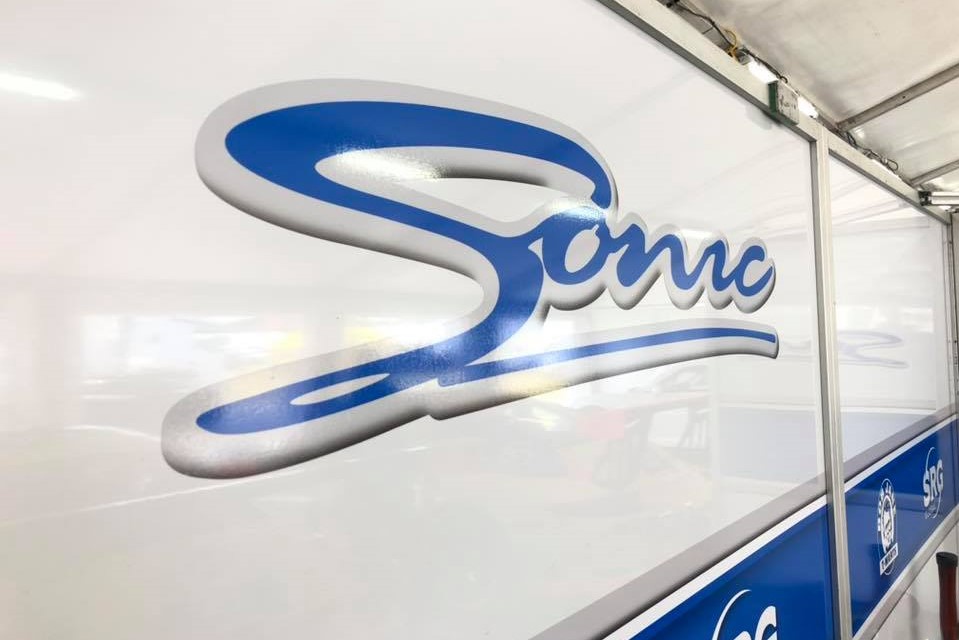 In addition to Angelo Mouzouris, whose return to the Sonic ranks was announced in February, the three-time Carrera Cup title-winning team will field cars at Albert Park for Simon Fallon, Rodney Jane, and Aaron Love.

The latter three will all sport the backing of Bob Jane T-Marts, with Love’s drive a cameo before he heads to Europe to compete in Porsche Carrera Cup France with the Martinet by Almeras team.

“It will be my first race in the new car, but it’s also nice to come back to Sonic for one more race before heading back overseas.

“It’s been great to work with the team, explore the car and can’t wait to get into the season with a level of familiarity.

“Being in a Bob Jane T-Marts car is really cool, too. It’s a great honour to race in the company’s famous colours.”

Fallon, a Porsche Michelin Sprint Challenge winner, is also excited about the prospect of racing in the Type 992 Cup Cars for the first time.

“It’s going to be a lot of fun,” he said ahead of his second season in Carrera Cup.

“The new car is really cool. It’s a fresh start. It’s a level playing field so we’ll see where we end up come the end of qualifying at Albert Park.

“I’m not carrying any great expectations for the year. I’m just focused on the rounds that come and try to get the most out of myself and the car.”

For Jane, a Carrera Cup Pro-Am title winner in 2006 and 2007, his drive represents a return to racing after nine years away.

“I’ve been out of the seat for nine years, having not even sat in a race car since I stopped racing,” he noted.

“Being with my wife, Penny and our four children is my number one priority and our focus has been on the kids, our family unit, education and sport. Outside of family, my focus has been 100 percent on work and building our businesses with an amazing team of people.

“About a week-and-a-half ago, the family were sitting around the dinner table and Penny suggested the idea of me coming back to racing. The kids all jumped on board and said you have to do it.

“Monday, I had a chat with a good friend, Mark Cini and he told me I had to come back, then Mick Ritter from Sonic told me we were testing in Sydney two days later.

“I absolutely loved the two test days. The first one in Sydney was 100 percent wet and I went into it thinking, ‘this is going to be a challenging first day back after nine years,’ but I couldn’t believe how great the car was.

“These cars are so impressive and like always, Mick and the team from Sonic had the set-up sorted. I’ve never driven a car that feels this good. The second test was Winton in the dry which again was challenging but awesome.

“Of course, I missed the driving, but what I also really missed was the camaraderie amongst the team and other competitors. I have amazing friends that I grew up with, but through my racing, I have made many incredible friends who I’m still very close with.

“That’s the kind of championship it is, very competitive racing, in an incredible race car and great people. With my family’s support it’s a great motivation to come back.”

The Australian Grand Prix event kicks off at Albert Park next Thursday, when Carrera Cup will have a single practice session and qualifying that afternoon.

Two races will be held on the Friday, and one each on the Saturday and Sunday.