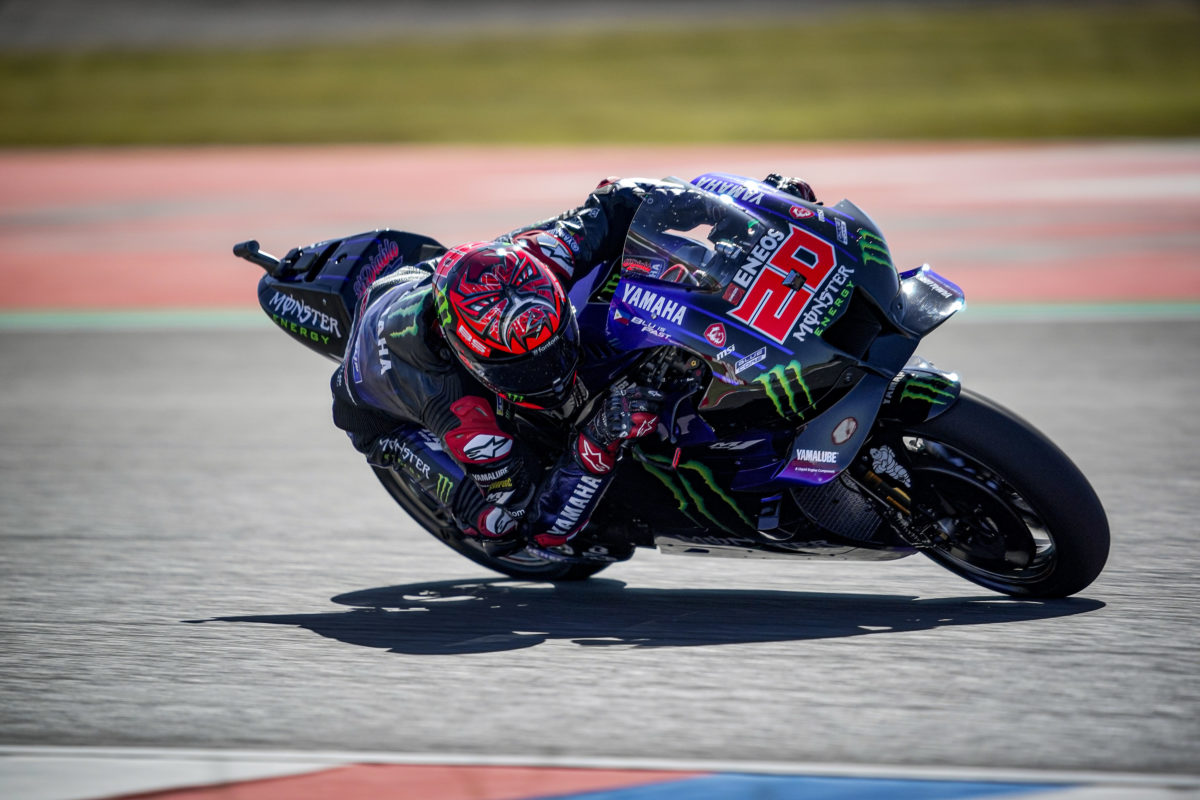 Fabio Quartararo has attributed his eighth in the Gran Premio Michelin De La Republica Argentina to Yamaha’s horsepower deficit and a “nightmare” lack of rear grip.

The 2021 MotoGP champion started sixth for the 25-lap race around Termas de Rio Hondo after being baulked by Jack Miller in qualifying and was quickly shuffled back to ninth.

He then dropped to 13th position, and still sat there until Johann Zarco crashed on Lap 6, before circulating in eighth for the last eight laps of the race.

Yamaha’s lack of straight-line speed is a known problem, thanks in part to its talisman’s pre-season comments, and rear grip has also been an ongoing concern.

However, the extent to which he suffered in the early stages of the race surprised Quartararo.

“The big issue was rear grip and top speed,” he explained.

“We already knew about the top speed, but the lack of rear grip was surprising.

“The first few laps were a nightmare – I was losing positions.

“As soon as there was more rubber on the track, it was better. But overtaking was really difficult.

“I did my best, but I used my rear tyre more than expected, and I finished in eighth position.

“It’s frustrating because I didn’t make any big mistakes. I was just losing out because of the lack of grip.

“Let’s see if we can find more grip in Austin.”

Quartararo dropped from third to fifth in the championship in Argentina, and is now 10 points off top spot.

Monster Energy Yamaha team-mate Franco Morbidelli sits 14th in the standings after a puncture while running 16th at Termas prevented him from adding to his points tally.

“I had a tyre puncture and needed to stop,” said the Italian.

“That’s unfortunate… We were not in a great position, but we were catching up.

“I felt that this morning [Warm Up], I made a good step with the bike, so I would have been able to catch up, but then I had a puncture and had to stop.”

Austin’s Circuit of The Americas plays host to Round 4 of the 2022 MotoGP season this coming weekend (April 8-10, local time).