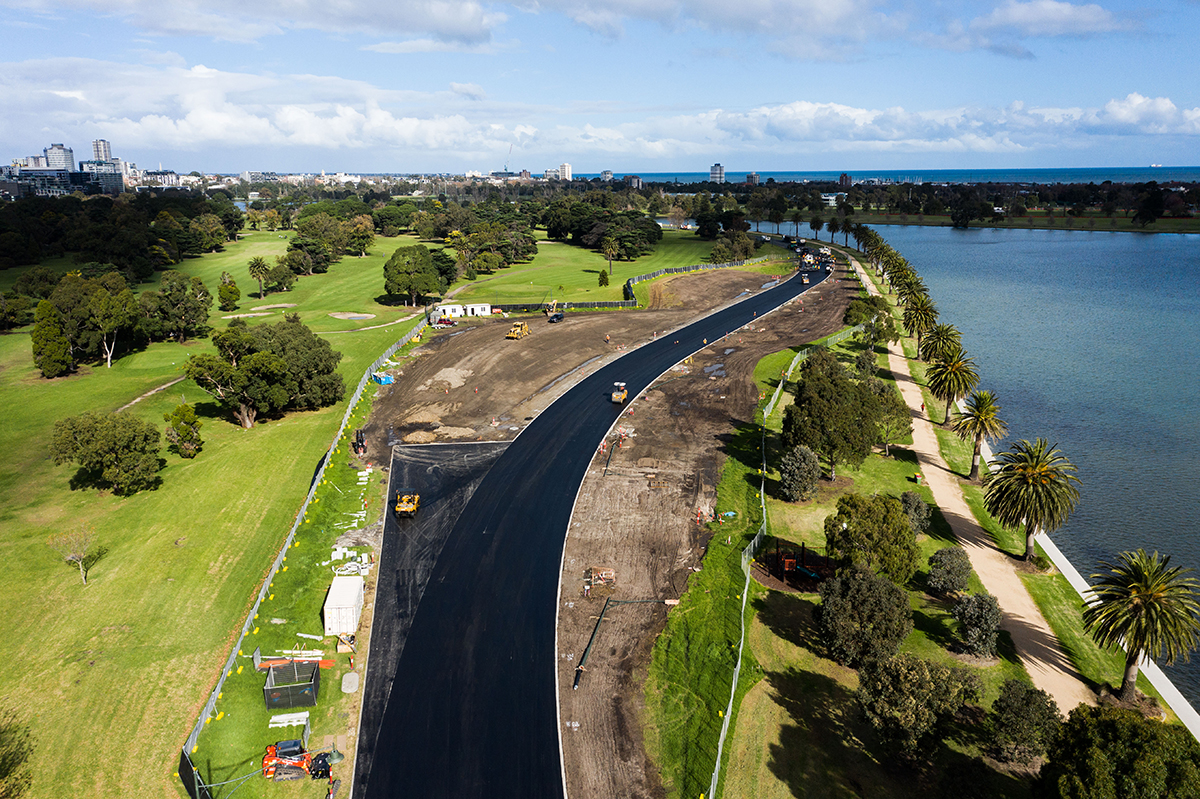 Formula 1 races on Albert Park’s new layout for the first time this weekend and we ask how you think that will play out, in this week’s Pirtek Poll.

The venue for the Formula 1 Heineken Australian Grand Prix has undergone a significant evolution since 2020, primarily with the aim of putting on more entertaining racing.

Whether organisers have succeeded in that endeavour, we will only be able to really judge once the chequered flag has fallen this Sunday afternoon, but much thought has gone into the changes.

While the circuit has been resurfaced in full for the first time since Albert Park’s F1 world championship debut in 1996, the key changes to the race track itself are the Lakeside Drive chicane and the right-hander from that road onto Ross Gregory Drive, sometimes referred to as ‘Ascari’.

As has been highly publicised now, the Lakeside Drive chicane which once comprised Turns 9 and 10 has been removed in its entirety, replaced by a relatively gentle sweep which is no longer counted as corner(s).

The following, high-speed flip-flop that the Australian Grand Prix Corporation once considered turning into a hard braking zone remains, albeit renumbered from Turns 11 and 12 to Turns 9 and 10.

What is now known as Turn 11, however, that being the aforementioned ‘Ascari’ right-hander, has been tightened, widened on drivers’ right, and given more positive camber.

The idea is that a harder braking zone at the old Turn 13 will make passing easier, and cars which are already much less aero-sensitive than their predecessors could be running in even closer proximity when they get there if a fourth DRS zone at the old Turn 9/Turn 10 chicane comes to fruition.

Several other corners have also been tweaked to enhance the flow, where appropriate, and/or to make overtaking more likely.

CLICK HERE for a summary of all of the changes

As far as strategic options are concerned, there will be new possibilities if the widening of pit lane does indeed lead to an increase in the speed limit from 60km/h to 80km/h.

Furthermore, while the new generation of F1 cars are one to two seconds per laps slower than their predecessors, based on the two grands prix thus far in 2022, lap times are expected to drop by about five seconds in Australia.

Quicker racing is not necessarily better (more exciting) racing, it should be stressed, but the step change in pace in Melbourne will be a product of modifications to the circuit which have been designed with entertainment in mind.

Both this year’s Bahrain and Saudi Arabian Grands Prix have been decent races, and while Albert Park has a reputation for less than thrilling contests, perhaps that will change this weekend.

What do you think; will the new Albert Park layout produce good racing?