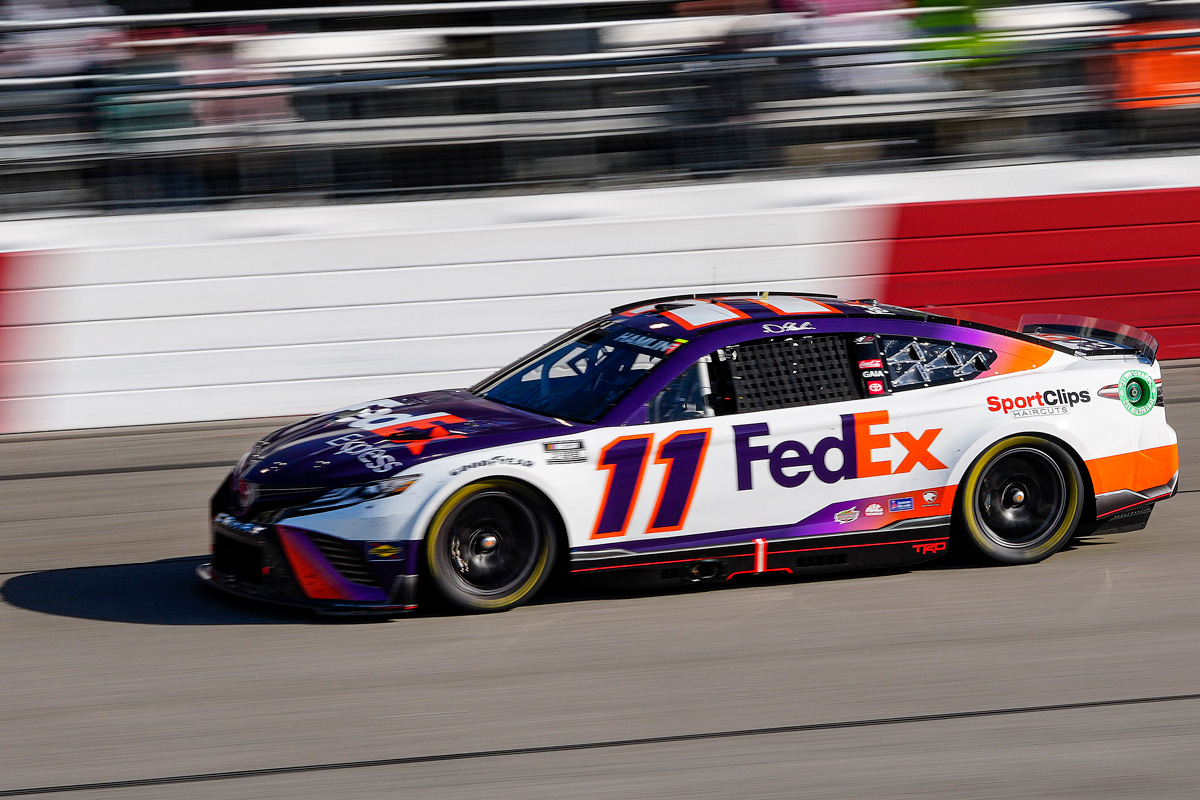 A fast-finishing Denny Hamlin has taken victory in Race 7 of the NASCAR Cup Series at Richmond Raceway in a strategy-centred affair.

A two-stop strategy for Hamlin in Stage 3 helped him storm to the lead with four laps remaining.

Hamlin was able to pass Martin Truex Jnr and William Byron, whilst holding off Kevin Harvick for the win.

This was veteran Denny Hamlin’s first win and first top 10 of the season, with his previous best finish being 13th at Phoenix Raceway last month.

“Just a great strategy there and just drove as hard as I could,” Hamlin said.

“Just so proud of this whole FedEx Camry team, just never giving up.

“There was no doubt in my mind, maybe just a little, but they got this car right there towards the end and wow, just unbelievable.

“We needed a data point, we needed a good run to kind of balance ourselves on other tracks and obviously I think we have it here.”

“Just really proud of everyone on our Mobil 1 Ford Mustang for just staying in there and having a great strategy and doing everything that they did all day,” Harvick said.

“It’s really the first clean day that we have had all year, cars have been fast and had a shot there at the end.

“I wanted to be close enough with the white [flag] to just take a swipe at him, but the lapped cars there kind of got in the way and I lost a little bit of ground.

“But still a great day for us and just hopefully a little momentum in a positive direction.”

NASCAR will return for a Saturday night race on the Martinsville short track next weekend.