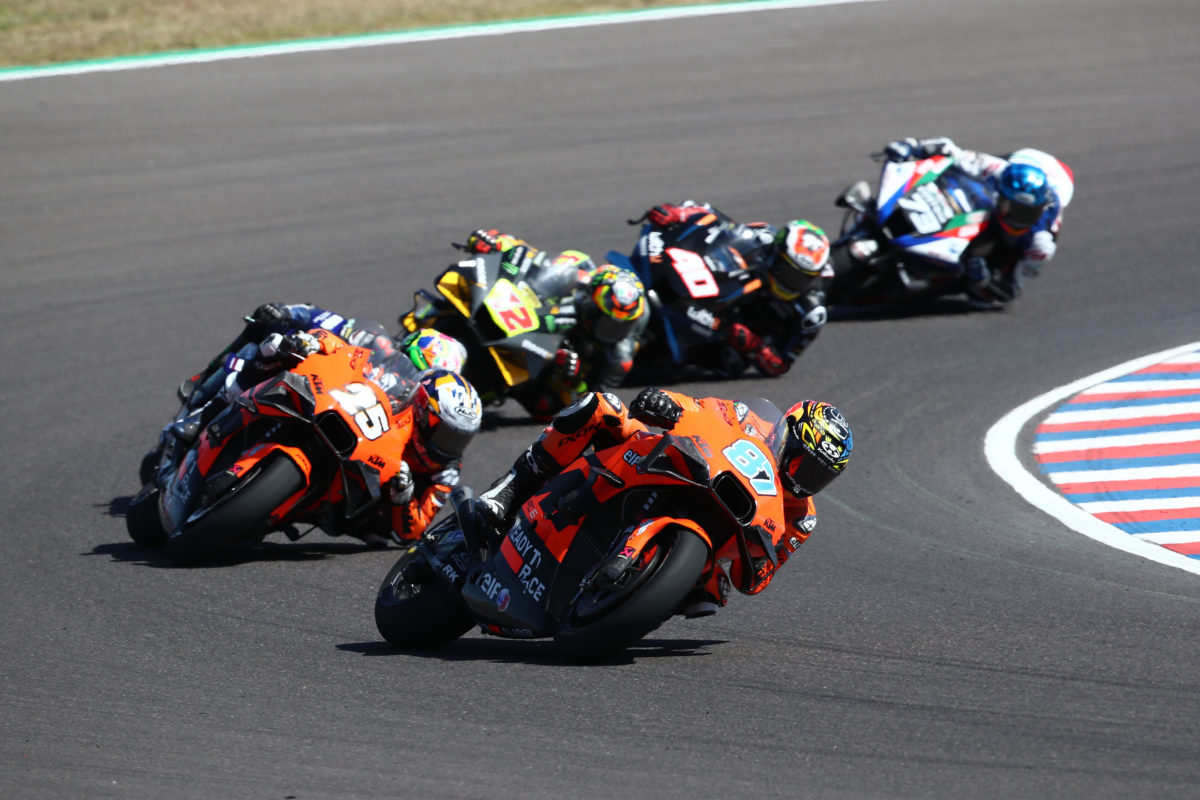 Remy Gardner admits his race at the Gran Premio Michelin De La Republica Argentina was “tough to accept” after expecting a better outcome.

The Australian finished 17th at Termas de Rio Hondo, five positions up on where he started, and one position behind Tech3 KTM team-mate Raul Fernandez.

Gardner had run somewhere from 16th to 19th for the duration of the 25-lapper, which took place at the scene of his maiden grand prix podium in all classes, back in 2019 in Moto2.

The 2021 Moto2 world champion had scored a point on his MotoGP debut, four weeks ago at Qatar’s Lusail circuit, and seemed to be hoping for something of a repeat in Argentina.

“I did enjoy the first part of the race; I stayed close to the group and had some nice battles with a couple of riders,” he said.

“I struggled more during the second half, unfortunately.

“I am feeling my progress, but everyone is improving too, so I have to stay positive and continue to work for myself and learn the bike. I take each race one by one and don’t look too far.

“I enjoy a lot, Termas de Rio Hondo – I have always had good results – so I thought today might have been the turning point for me, but it was not unfortunately so it is a bit tough to accept.

“I stay positive, and results will come.”

While Gardner has one point from three MotoGP starts so far, Fernandez is still searching for his.

However, the 21-year-old said that he has now “learned how to do a MotoGP race”, having spent just the one year in Moto2 on his way to the premier class.

“Today I had an amazing start to the race, especially a great first curve [corner],” said Fernandez, who was 15th at the end of the standing lap from 21st on the grid.

“Then when I saw Miguel [Oliveira, Red Bull KTM Factory Racing], I told myself that I had to stay with him in order to learn from him and our bikes.

“The first part of the race, I did some mistakes that cost me a loss of time, and towards Laps 6 to 7, I took a deep breath and tried to remain calm, focus, and continue with the pace I had, and give it my all.

“Today, I learned how to do a MotoGP race; I did a clever race, and I am very happy about it, and with the work that the team did. Thank you to them.

“We must not forget that it is also only my second race here in Argentina, so if you weight everything together, I am very happy.” 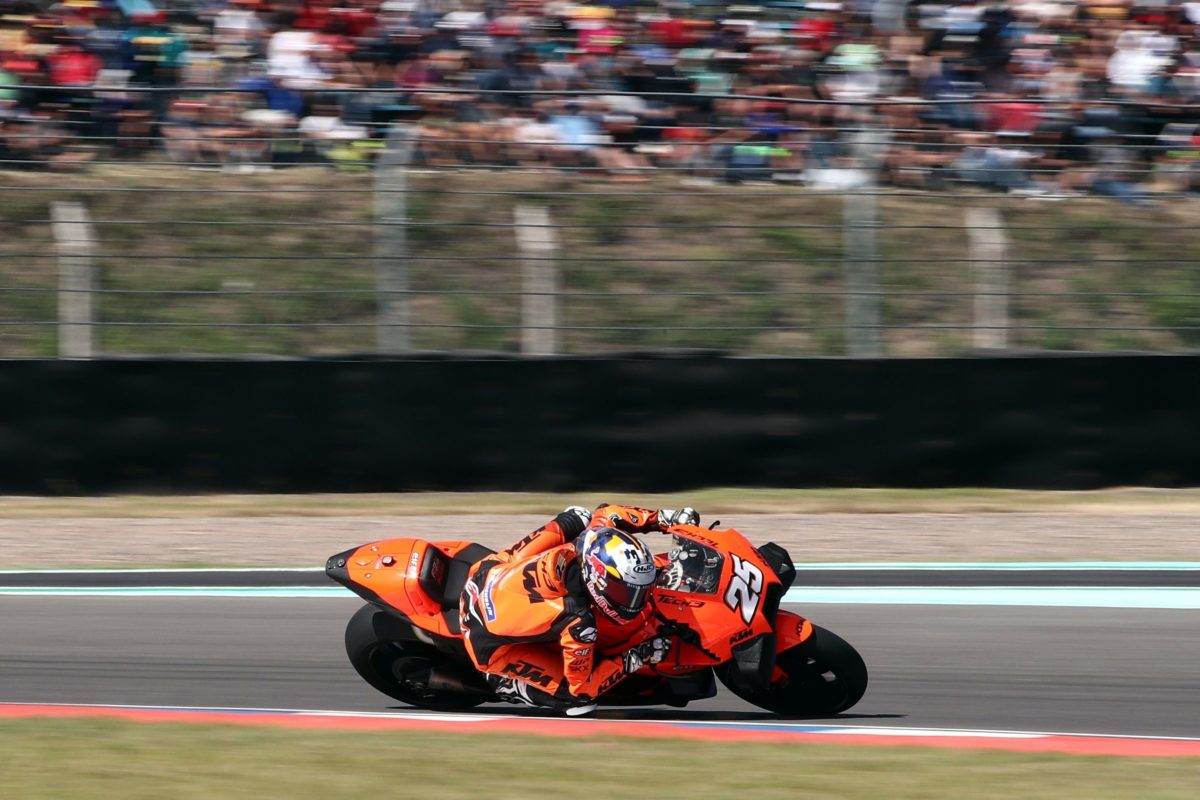 For team manager Herve Poncharal, the fact that Fernandez finished 25.862s behind race winner Aleix Espargaro is a good sign.

“We have a 25-second gap with the winner, which is basically one second per lap, and it is clearly the smallest gap we have had since the start of the season,” he noted.

“They were both able to have good battles with much more experienced riders.

“We obviously did not have good grid positions, so we were not expecting for top 10 positions, but we were dreaming to score a point at least.

“Raul finished in P16, which is so close to the goal, but anyway I am happy with the race.”

Poncharal also remarked on the efforts of the Tech3 KTM Factory Racing crew, who had to rush their set-up work after the late arrival of a cargo plane which had threatened the event as a whole.

“With the delay of the freight, they did not get much sleep, did not eat at lot, and worked all night from Friday to Saturday to make sure that the show was able to go on.

“Without them, this race would not have been possible, so I want to thank them all.”

Gardner is 22nd in the championship and Fernandez 23rd, ahead of the Grand Prix of the Americas next weekend (April 8-10, local time).