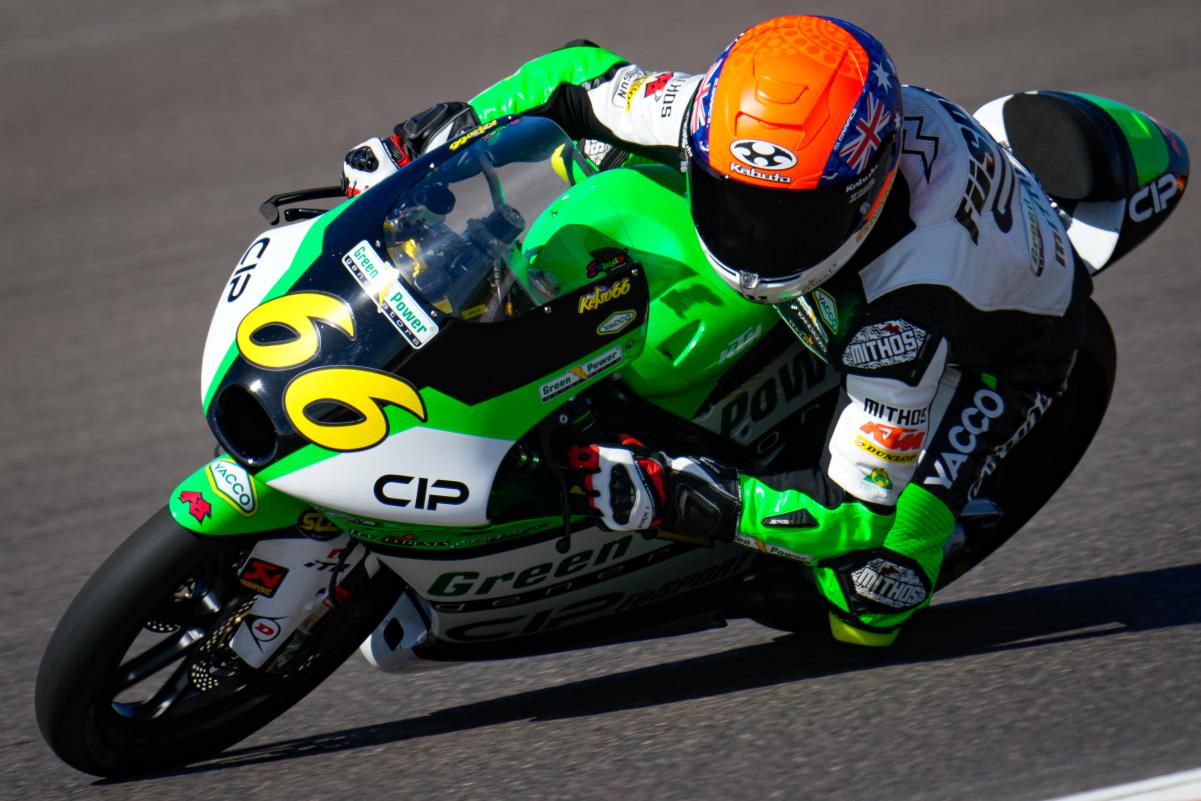 Kelso had not finished better than 14th previously but, having also achieved a career-best in qualifying by earning fifth on the grid in Argentina, he was in fact left disappointed.

“This weekend was not so easy for us,” he explained.

“We struggled in FP1 and FP2. We managed to find a way to do a good qualifying, which was really positive to be starting from fifth position for the race.

“Honestly, we had higher hopes. We thought we could do better in the race today, but that is the racing in Moto3.

“We’ll keep working for the next one.”

Kelso is now 18th in the championship, and Toba fourth, while Sergio Garcia is on top with a four-point margin over Dennis Foggia after three rounds.

The latter two finished in the same positions on the day, Garcia winning a thriller by 0.146s after sending his GasGas Aspar entry up the inside of Foggia at the final corner.

The Italian took out Jaume Masia as he tried to overtake the Red Bull KTM Ajo entry for third on Lap 15, which stewards deemed a racing incident.

Round 4 takes place at the Circuit of The Americas this coming weekend (April 8-10, local time).