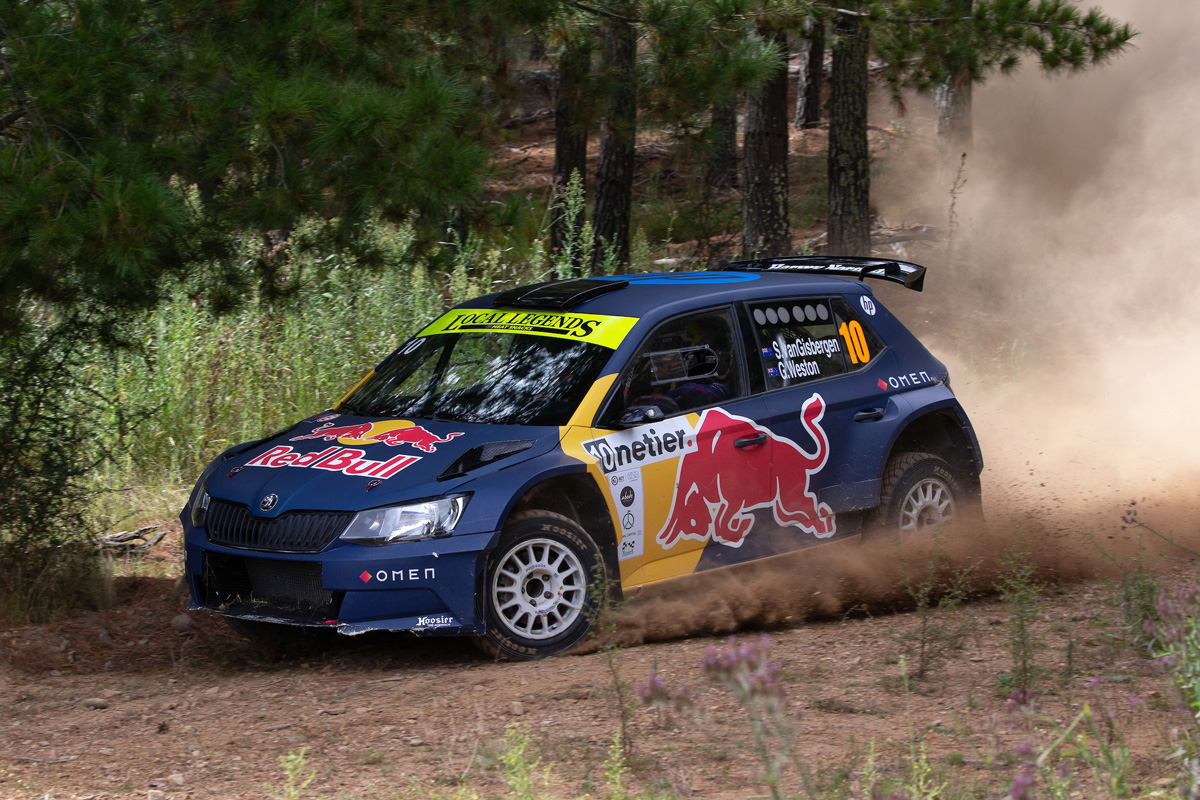 “We just built up the whole time and after that last service I felt really good on the new tyres and thought ‘we’ll have a push through these three [stages]’ and all three of them were super competitive.”

Only beaten overall by 2019 ARC champion Harry Bates, van Gisbergen spoke highly of how much he enjoyed the challenge.

“It’s just been a pleasure all weekend, everyone has been really welcoming,” he said.

“The team has been awesome, it’s been great working with Glen [Weston, co-driver] and learning quite a lot.

“I love this sport and I really want to do more.

“You have got no references, no one to tell you to go faster, you’re just on your own out there with your co-driver and you have got to trust the notes and trust in each other a lot. It’s very different.”

Asked what’s next, rally-wise, van Gisbergen replied: “I don’t know. There’s a few conflicts but I would to do more.

“Hopefully this weekend helps and we’ll see what we can do.”

The Forest Rally in Western Australia is next on the ARC calendar on May 20-22 – the same weekend that the Repco Supercars Championship is due to be racing at Winton Motor Raceway.

Van Gisbergen will be back behind the wheel of his #97 Red Bull Ampol Racing ZB Commodore next weekend for Round 3 of the Supercars Championship at Albert Park.

The lead support category for the Formula 1 Heineken Australian Grand Prix, Supercars will first hit the track on Thursday.