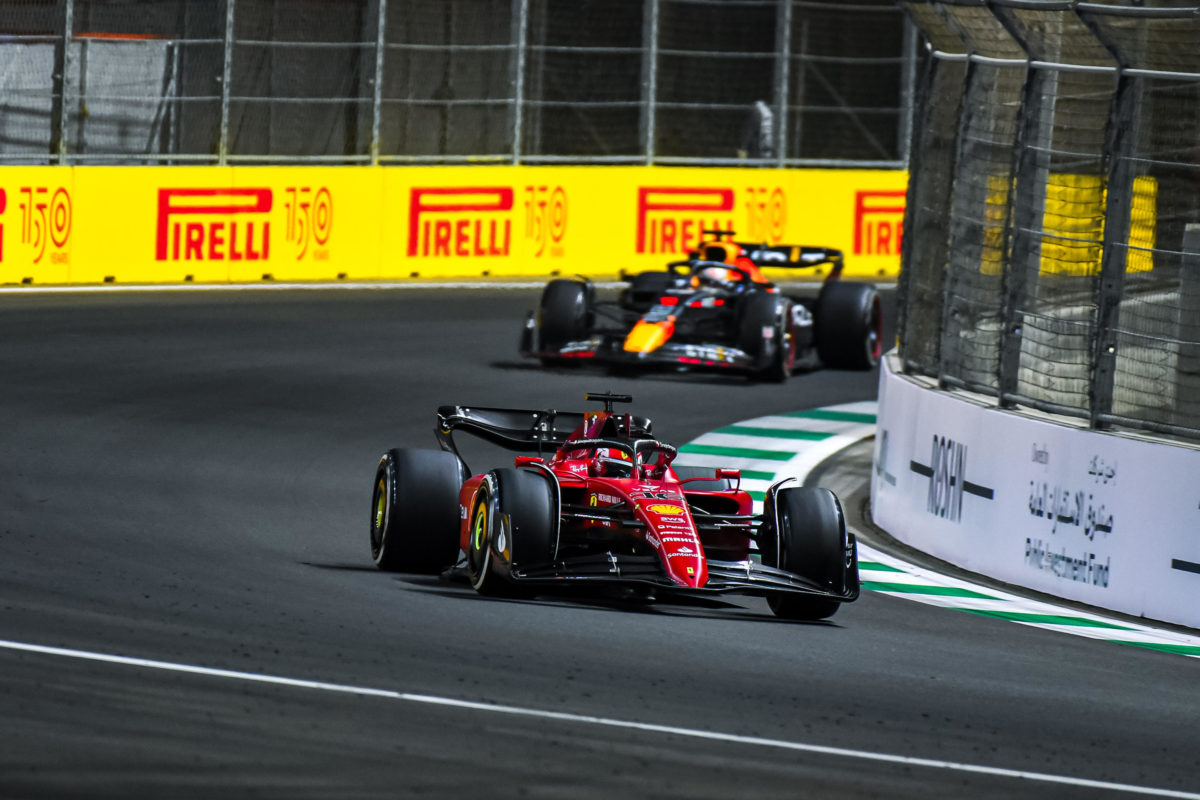 There is agreement from key figures that Formula 1’s new regulations have improved the racing spectacle.

The Bahrain and Saudi Arabian Grand Prix were both engaging affairs, highlighted by wheel-to-wheel battles both in the midfield and for the race lead.

Max Verstappen and Charles Leclerc have swapped position at the front of the race in both events thus far seemingly confirming the sport’s objectives from the ruleset have been met.

That’s certainly the opinion of Ferrari’s Mattia Binotto, who has hailed the 2022 regulations a success.

“Certainly the cars are a lot different compared to the past and drivers need to learn and to adapt,” he explained.

“But I think the two main objectives, which was to reduce the gap between the top teams and the let me say the car behind and the second was to have closer racing, both of these objectives have been achieved.

“Because hopefully I see now you can easily follow another car ahead of you. That has been the case not only in the overtaking but [to] stay closer, and I think that is certainly [a result of] the regulations.”

The new regulations have brought with them a new style of racing, which some have dubbed ‘DRS chicken’, with drivers vying to be the pursuer rather than the pursued across the DRS detection line.

In Saudi Arabia, that reached new heights as both Verstappen and Leclerc locked their brakes in an effort to see their rival cross the line first.

“I like it personally,” said Mercedes’ team principal Toto Wolff of the new style of racing.

“I think the cars delivered on what Formula 1 would hope for: great overtaking, and DRS is powerful but it provides a great show now. I think that was entertaining to watch.

“I think they have achieved what they wanted to achieve; spectacular racing, good overtaking, the grid has been shaken up, well this is less funny for us but it happened, the midfield is extremely close,” he added.

“So overall I think from the entertainment factor, I’m happy about the hype that is around Formula 1. I think they achieved the target.”

It’s a view shared by McLaren’s Andreas Seidl who, like Wolff wishes his cars were further up the order, but is at least pleased with what he’s seen from the broader spectacle.

“Definitely independent of our current situation I guess, [the] big, big winner of the first two races are Formula 1 fans and Formula 1.

“What we’ve seen so far on track, these first two races, is great and exciting racing, very close racing, where cars can follow several laps very close without destroying the tyres and actually having a go at each other – not just once.

“I think it’s a great confirmation, accepting it’s still early days, but it’s probably confirmation that everything that F1, FIA has put in place together with the teams looks very promising.

“I think we are again set for a very exciting season, and maybe even more exciting for us once we get back in this battle as well.”

The 2022 season continues with the Australian Grand Prix on April 8-10.