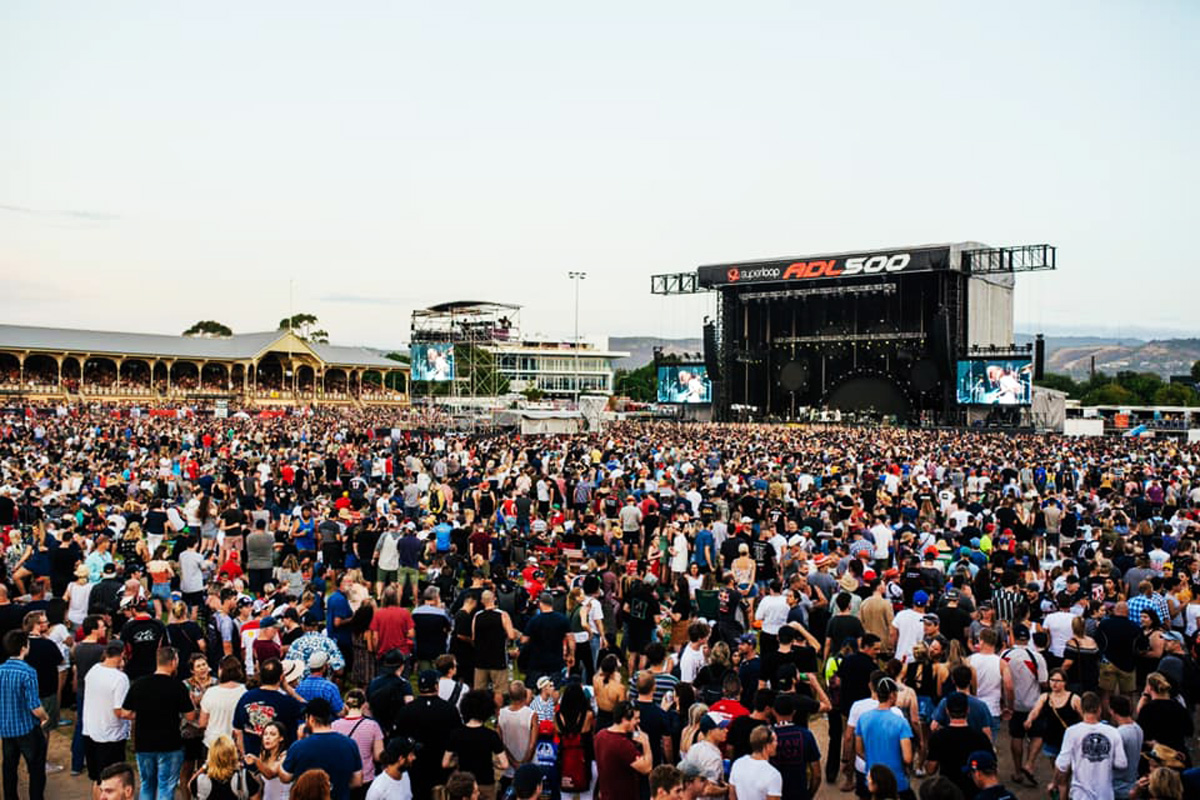 Fans out in force at a previous Adelaide 500 concert. Picture: Hilltop Hoods Facebook

At its peak, the event attracted big-name artists including the likes of Robbie Williams, the Red Hot Chili Peppers, Santana, KISS, and Mötley Crüe.

Speaking with Speedcafe.com, Malinauskas said he and the board are already working very closely with Supercars on the event.

“Everyone wants the same thing here,” said the Premier.

“Everyone wants the Adelaide 500 not just to be restored to a prestigious event, but to be bigger and better than before.

“The other thing we’ve started doing is reaching out to major promoters of major music acts.

“The Adelaide 500 isn’t just the race. It’s a festival of motorsport. Having big-name acts means it’s an experience that attracts all sorts of demographics to motorsport.

“We’ve always had big-name bands. We have that ambition this time as well. Again, that work has already started.

“It’s not everything, but it is something that’s important.

“The race stands on its own two feet, but if you can make strategic investments on the back of it, you can really expand the scope of the event to attract more and more people to it.”

Asked whether international acts were being looked at, Malinauskas said all options were on the table.

Reports out of Adelaide indicate newly-appointed South Australian Motor Sport Board chairman Andrew Daniels has been on the phone to the United Kingdom to speak with music promoters.

That board will have up to nine individuals on it, including chairman Daniels.

Malinauskas said he hopes to have the board finalised in the coming weeks.

“The Motor Sport Board will be a board made up of people with the relative expertise to put on an event of the scale of the Adelaide 500,” said Malinauskas.

“I’ve already announced the chairman of that board, a chairman by the name of Andrew Daniels, who has run the event previously in a different capacity, but is also the current chief executive officer of Adelaide Oval.

“He’s a highly credentialed individual. He knows how to run high-quality major events, and he has already agreed to take up the chairperson’s role of the motorsport board.”

The addition of one or more high-profile music acts would go some way to bringing the event towards an attendance number similar to that of the 2020 edition.

Matching or bettering that 200,000 figure would go some way to declaring the event a success in Malinauskas’ eyes.

“Across the four days, certainly want to be getting in excess of 200,000,” said the Premier.

“We’ve got a lot of ambition. People want this event. It’s not just South Australians that want it. The nation loves this event.