Miller: ‘I don’t know what more they want from me’

Miller: ‘I don’t know what more they want from me’ 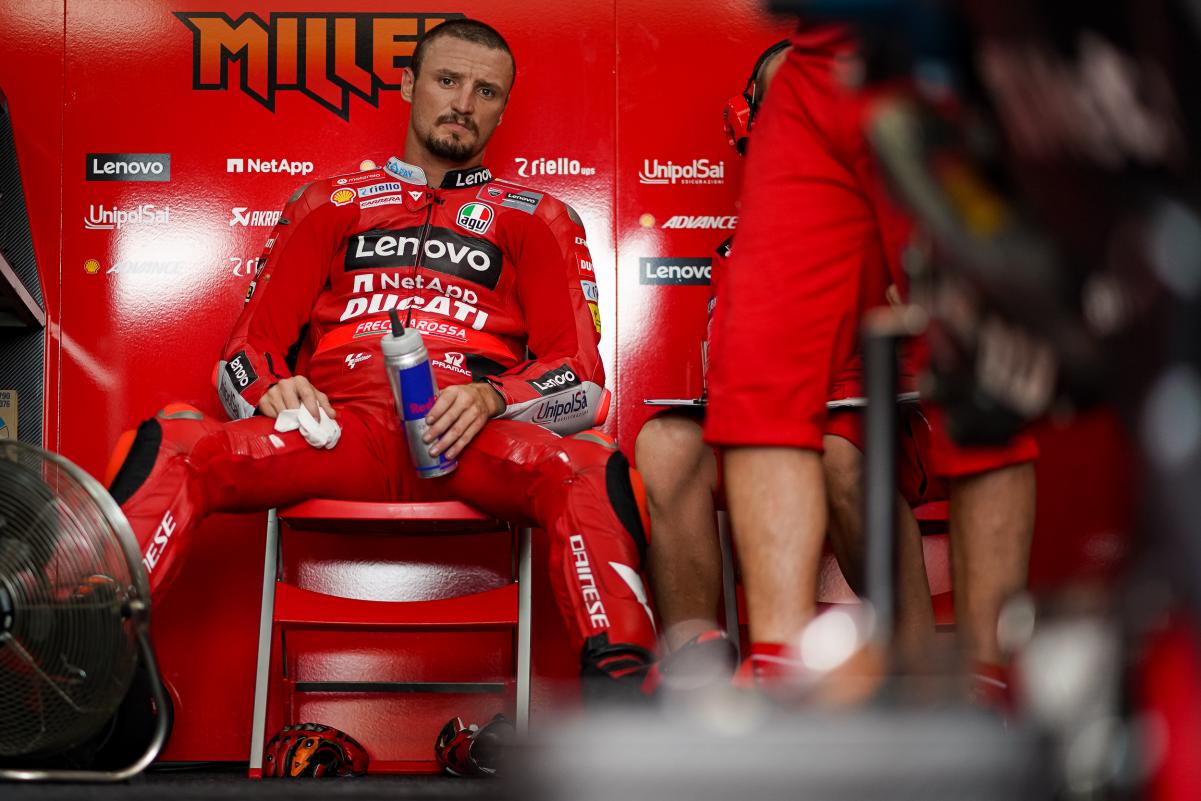 Jack Miller has expressed bemusement at the penalty he has been issued for impeding Fabio Quartararo in qualifying for the Gran Premio Michelin De La Republica Argentina.

The Ducati rider had held up Quartararo on the run from Turn 6 to Turn 7 as the Frenchman was going for a flyer early in his second run in Qualifying 2 at Termas de Rio Hondo.

Race Direction advised that the matter was under investigation, with stewards now handing down a three-position grid penalty.

The sanctions drops Miller from an already lowly 11th on the grid to 14th, after he crashed during his first run and failed to improve in his second.

All in all, the Queenslander was frustrated at the end of Saturday proceedings in Argentina.

“I’ve just been told now that I have a penalty; a three-place grid penalty,” he told reporters, before stewards released their Notification of Sanction.

“I don’t know what more they want from me; [after the crash] I swapped bikes, swapped leathers, trying to get comfortable with both…

“It’s not like I was intentionally trying to get in anybody’s way. But anyway.”

Quartararo qualified sixth-fastest on his Monster Energy Yamaha, and felt he could have been better off if not for the run-in with Miller.

“To be honest, in this track if you don’t make the lap in the first lap, you lose already, because Turn 6 is a corner where you are basically spinning,” explained the 2021 world champion.

“Basically, he was not really on the line but in this type of corner when you arrive in fourth gear really fast and you have someone not in the middle but basically the racing line, it’s disturbing,” he added.

“So, for me it’s not fair to be on the racing line like that.

“That’s it, I did my best, we know where we lose a bit but I think I’ve never braked that late and hard at Turn 5 in my life.

“I did my best and second row is maybe not the best we could get, but it is what it is and I think we are in a good position for the race considering that we have a pace that is not the best but is not bad.”

The Miller penalty capped off a shocking day for the Ducati Lenovo Team, with Francesco Bagnaia originally having qualified 14th, but now joined on Row 5 by Miller.

Race start is scheduled for Monday at 04:00 AEST.