Todd Hazelwood says his string of solid results at Symmons Plains was “no fluke” and proof of the hard work Truck Assist Racing is putting in.

It was an up-and-down Tasmania SuperSprint for the Yatala-based Supercars squad.

On the #34 side of the garage, team-mate Jack Le Brocq endured a topsy-turvy weekend.

Le Brocq was well poised after strong showings in qualifying – securing second on the grid for the final race – but only walked away with 24 points after dual DNFs and a 23rd in the three races.

On the other side, Hazelwood in the #35 brought the team its best results.

He claimed back-to-back 10th place finishes in Race 3 and Race 4 before a weekend-high fifth in Race 5.

While it wasn’t all smiles for Matt Stone Racing, Hazelwood was happy to give the team an encouraging set of results.

“I was really pleased obviously for everyone at MSR and Truck Assist Racing to get a reward for all the hard work that they’re doing,” Hazelwood told Speedcafe.com.

“It’s a great sign of what’s to come, I believe. These don’t happen by fluke. Putting a car on the front row of the grid with JLB and me in fourth was a really cool point for the weekend.

“We’ll try and use that as motivation to keep going and pushing forward. From my end of the garage, it was a real strong, consistent weekend.

“To think we had two tenths and a fifth, looking back, it could’ve been a lot better if a few things went our way with a bit of strategy and pit stops and a few other things.

“We’ll use this as good motivation to keep pushing.” 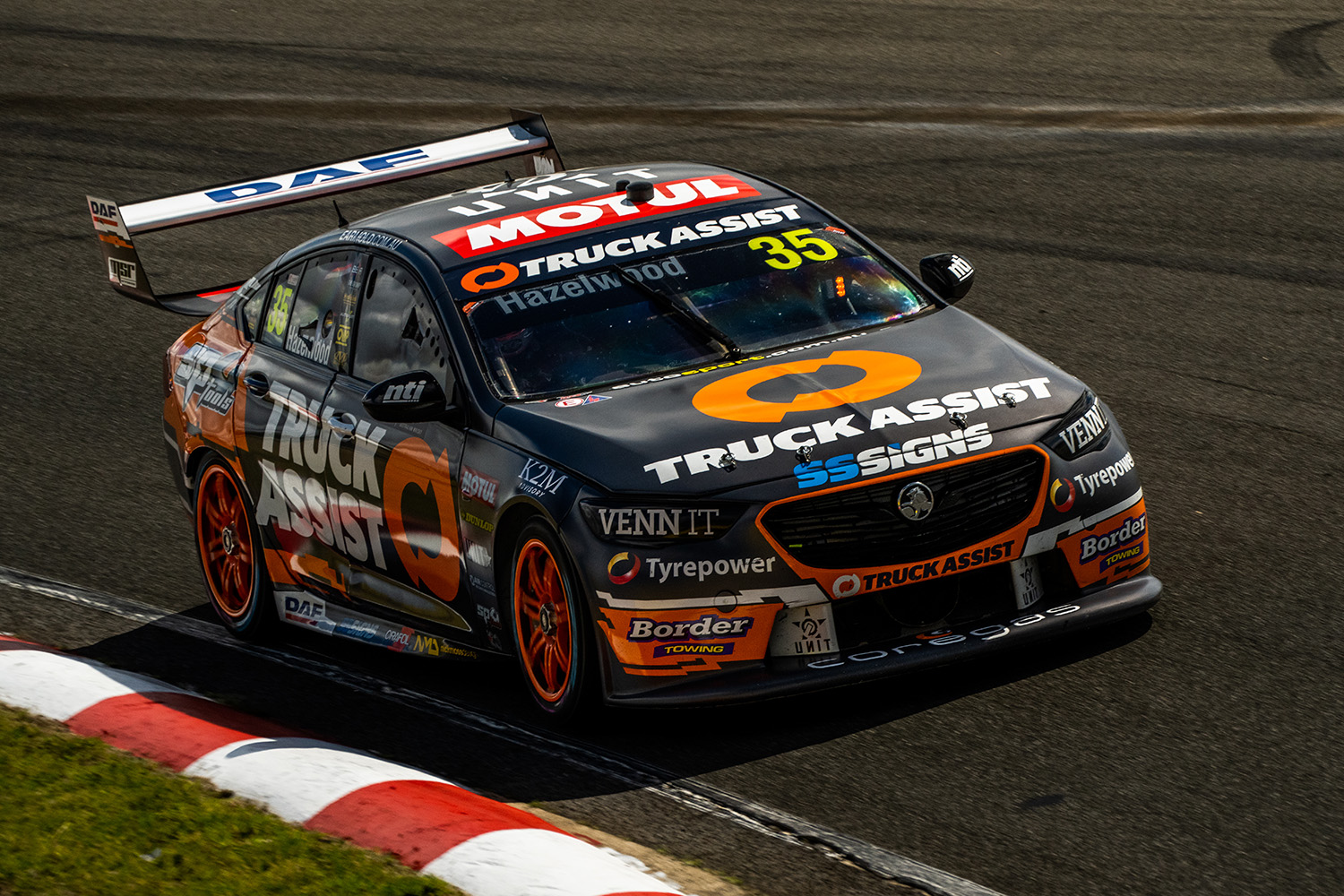 Hazelwood was buoyed by the early success, claiming a top five in only his fifth race upon returning to the team this year.

The Adelaide-born driver said Matt Stone Racing has come a long way since he departed at the end of 2019.

In his first stint with them, it had taken until his 59th race with the team to record his first top five finish at Pukekohe Park.

“That was our best result back then, so to hit the ground running so strong with a new team-mate, new engineer, and to have everything in sync so early on is really cool.

“Obviously, we came to this weekend knowing that this weekend would be strong for us, but to actually capitalise and get those results – it’s one thing saying that we’re going to have a good weekend, but actually going out and doing it is another.

“I’m super happy for everyone involved. Hopefully we can keep doing it moving forward.”

“When I first started with this team, to see how it’s grown and to where it is today, you wouldn’t believe the amount of differences and changes that have gone on in that evolution of time.

“It’s so cool to see. Everyone can say they’re a racer at heart, but Matt well and truly is a racer. He’s got that DNA in his body and he wants to succeed.

“That’s why I love working with him. To see the progress that we’re making behind the scenes, we’re seeing that translate onto the track. It’s really cool.

“It’s been a big step up in management, engineering, and now to hopefully have two drivers to keep pushing things forward is a good sign I think.”

The Repco Supercars Championship continues next weekend at the Beaurepaires Melbourne 400 in support of the Formula 1 Heineken Australian Grand Prix.