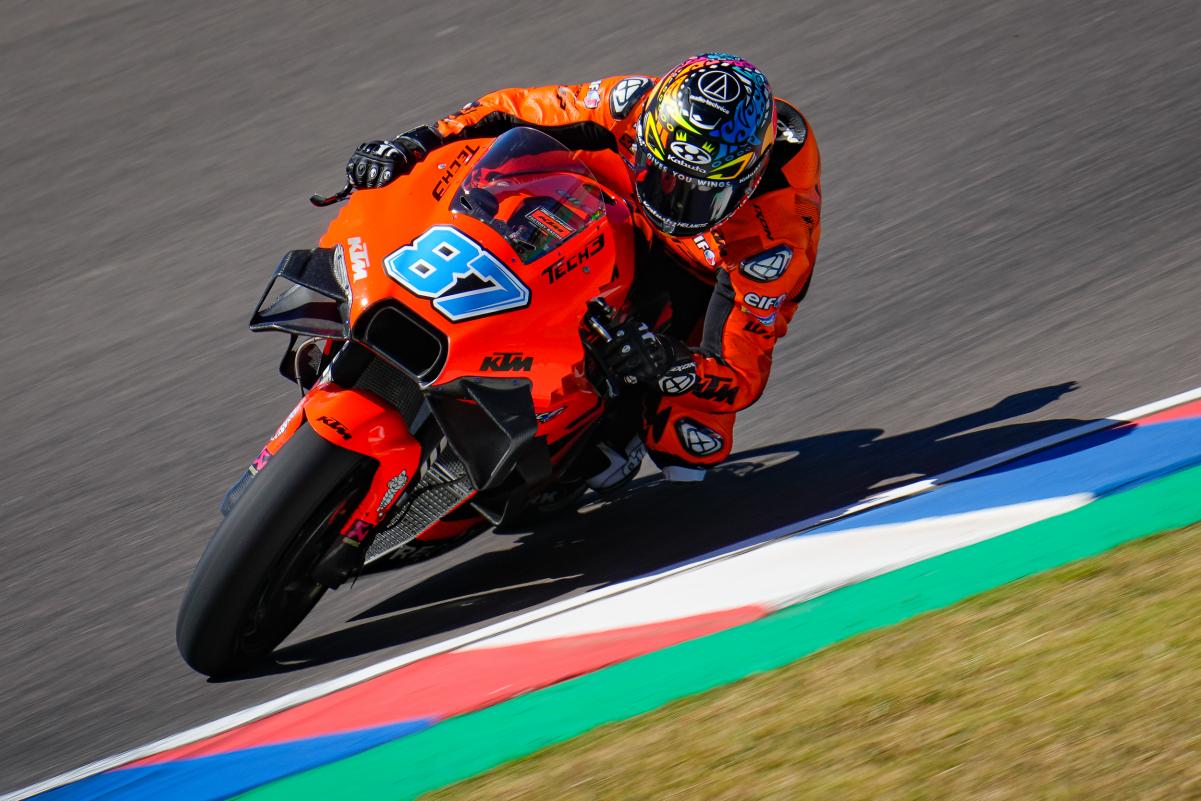 Remy Gardner admits he lost confidence ahead of qualifying for the Gran Premio Michelin De La Republica Argentina after a crash in practice.

That result came after Gardner folded the front wheel of Bike #87 at Turn 1, less than six minutes into the Free Practice 2 session which immediately preceded Qualifying 1.

“Today overall has been a tough day,” admitted the 2021 Moto2 world champion.

“I crashed during Free Practice 2 and lost a bit of confidence at the same time.

“I think that we need to improve our qualifying sessions because at the moment, it is our weak point.

“We have another 40 minutes tomorrow to improve and hopefully find a better direction for the race.”

The Spaniard spent just the one season in Moto2, last year, when Argentina was skipped for a second season straight due to the COVID-19 pandemic.

With a broken-down aeroplane wreaking havoc with the schedule for this year’s event, it all meant that he had only ridden a Moto3 bike at Termas de Rio Hondo before qualifying day.

“It was only my second time here in Argentina and I think that we had a positive day,” said Fernandez.

“During Free Practice 1, I felt like I had too much work to do and I was not understanding very well why.

“Between the sessions, the team worked well and I was able to considerably improve during FP2.

“The positive feelings on the bike came back and we were able to produce a session with a good race pace.

“I think that tomorrow’s race will be interesting for us, so I will try to enjoy it.”

As Gardner noted, Warm Up is a longer than usual 40-minute session, before race start at 04:00 AEST on Monday.