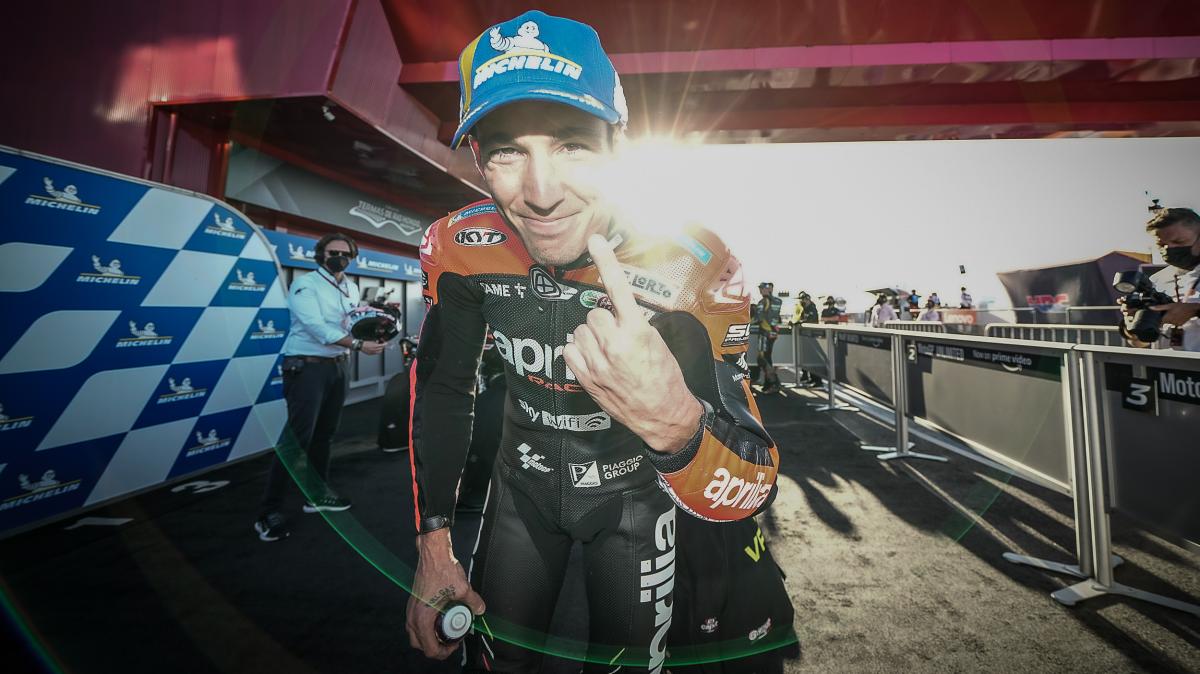 Aleix Espargaro has spoken with pride about Aprilia’s efforts to transform itself from MotoGP backmarkers to pole-sitters.

Having joined Aprilia ahead of the 2017 world championship, it wasn’t until Espargaro’s fifth season with the squad – ie last year – that the combination finally scored a breakthrough podium.

Now, the Noale manufacturer has its maiden pole position, and a golden opportunity to vie for victory at the Argentina Grand Prix.

“I’m extremely happy. Even more than happy, the word to describe how I feel is proud,” said the 32-year-old Spaniard.

“I’m proud because I’ve been working with this team for the last six years, and in many moments, especially the first three or four years, we struggled a lot; we finished sometimes more than one second, two seconds [behind] in qualifying and close to a minute in the race.

“So coming from there to here, it makes me proud because the feeling that I have is I’m kind of the father of this project, of this bike, so I’m happy and satisfied of the job we are doing.

“The points are [given out] tomorrow, so this is when it counts, but it’s nice.

“I’m really happy and I would like to congratulate Aprilia for the job they are doing and everybody in Noale and everybody here at the race track.”

Espargaro noted a prolonged Warm Up session prior to the race – extended to 40 minutes as part of forced changes to the schedule – could yet make an impact.

“Warm Up is longer than ever so many riders and bikes can improve still, so foot on the ground and let’s see,” he said.

Starting next to him will be Jorge Martin, who is still chasing his first points of the season despite qualifying on the front row at all three times of asking thus far.

This time, confidence in his rear tyre choice has Martin optimistic of a better race day.

“Well I will go with soft rear, finally. It’s the first race I am clear about the rear tyre,” said the Pramac Racing young gun.

“This is so important because the last two races I struggled a lot to decide the rear tyre and when you have doubts, for sure you are… not confident.

“Now finally, I am confident for the race. I know how it works during the long runs and my physical condition is super also, so yeah.”

The premier class race at Termas de Rio Hondo is scheduled to start at 04:00 AEST Monday.