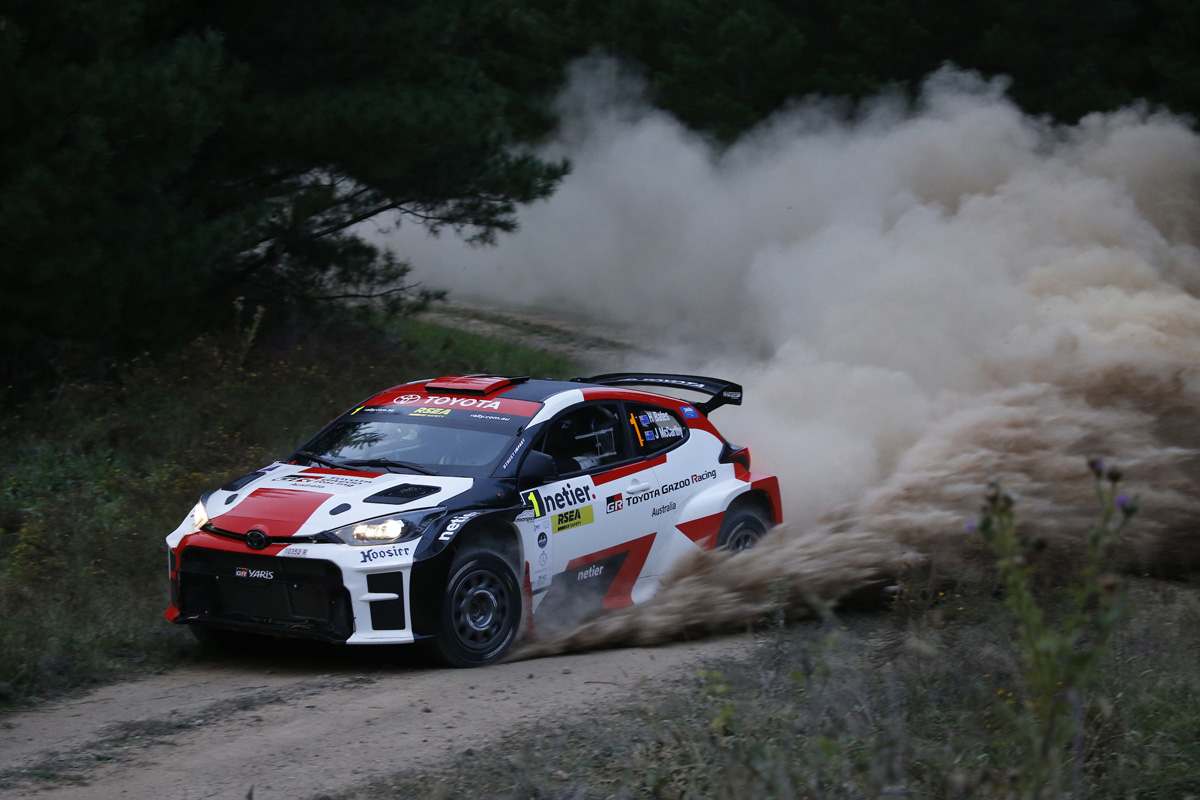 Harry Bates is comfortable with the position he finds himself in after the opening day of the 2022 RSEA Safety Motorsport Australia Rally Championship.

The Toyota ace won all seven stages on Day 1 of the Netier National Capital Rally to hold a commanding lead of 1:21.8s.

His nearest rival? None other than two-time Supercars champion Shane van Gisbergen, on his ARC debut.

But for Bates, his Saturday in Canberra went near perfectly, as he sets about starting his title campaign on the front foot.

“It was a really strong day all in all and that’s evident with how many attritions there were through the field and also how many problems people had,” Bates said.

“We were reasonably unscathed; we had one small spin on stage four and just grinded our way through stage five but still won the stage.

“I feel really sorry for the guys who came unstuck in stage five, including Lewis [Bates], it was very tough conditions but that’s rallying.

“The atmosphere was amazing. I was sitting at the start line of the first stage and it was incredible to see.

“I have never seen so many people at a rally in Canberra. it was incredible.

“We’re in a good position, I am happy with our gap.

“It’s a good opportunity to try things. I want to still push for stage wins, going to take it stage by stage.”

As indicated by the rally leader, Lewis Bates crashed out on Stage 5 as mixed weather conditions set in.

The younger Bates brother had held second at the time, a position which van Gisbergen took over in a fine showing aboard his Red Bull-backed Skoda Fabia R5.

“It was pretty awesome. The day had all types of conditions. There was dust and then it was super muddy and then it was wet and in the end there was a lot high grip,” van Gisbergen said.

“It’s been an awesome day, so we’ll come back tomorrow and have a go.

“Now that were looking at the times, we’re about a second a kilometre slower than Harry which is pretty awesome.

“I am not committing in the high speeds yet but that will come. I will see how I feel tomorrow and if I am confident, I will keep pushing hard, but it is a great way to start.”

The second and final day of the event today will comprise of six stages totalling 73km.

Last of all will be the EROAD Power Stage, which will be live streamed on 7plus from 14:00 AEST.