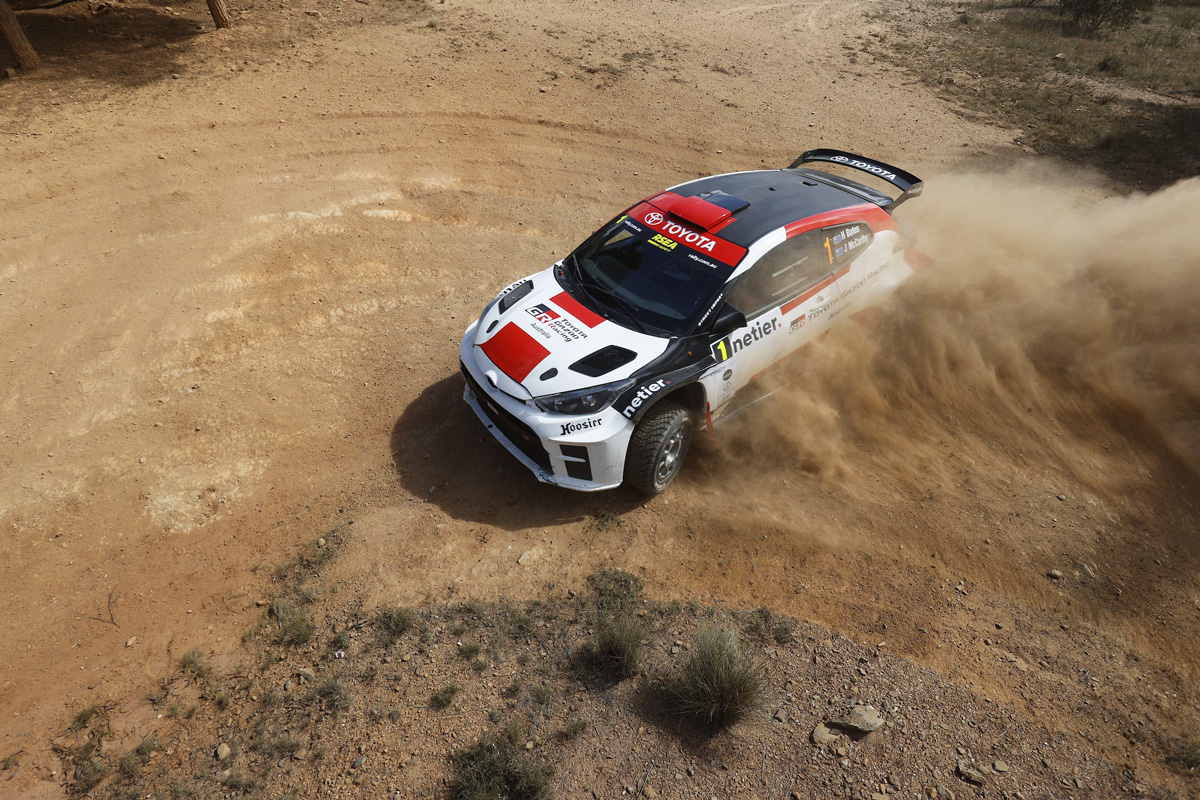 Harry Bates in action at the 2022 Netier National Capital Rally

Harry Bates has laid down the gauntlet as the driver to beat in the 2022 RSEA Safety Motorsport Australia Rally Championship, taking a supreme victory in Canberra.

The Toyota driver entered the second and final day of the Netier National Capital Rally with a 1:21.8s lead to nearest rival Shane van Gisbergen and effectively maintained that margin from there.

It marks the perfect start to the season for 2019 ARC champion Bates.

“We knew that Shane was getting quicker and quicker today so we were going to have our work cut out for us in the power stage, but first of all well done to Shane and Glen [Weston], and Brendan [Reeves] and Kate [Catford], on their podiums as well.

“It’s been a pretty incredible weekend.”

He spoke highly of the level of competition seen across the weekend in a stacked field that also started with fellow ARC title winners Eli Evans, Nathan Quinn and Scott Pedder.

“Today was a really, really good fight from beginning to end, I don’t think any stage was won by more than five seconds,” said the #1 Toyota driver.

“We don’t often see that and haven’t seen it for a number of years – it’s really, really exciting for the sport. I can’t wait for WA.”

Added co-driver John McCarthy: “This has got to be the best field we have seen for 10 years or more.

“It’s amazing to see the growth in the championship, I hope it keeps going.”

Reeves ended up third for Hyundai after Evans’ comeback event was derailed by an engine fire on SS9.

Both Evans and co-driver Adam Wright escaped the blaze, although the latter reportedly sustained some burns.