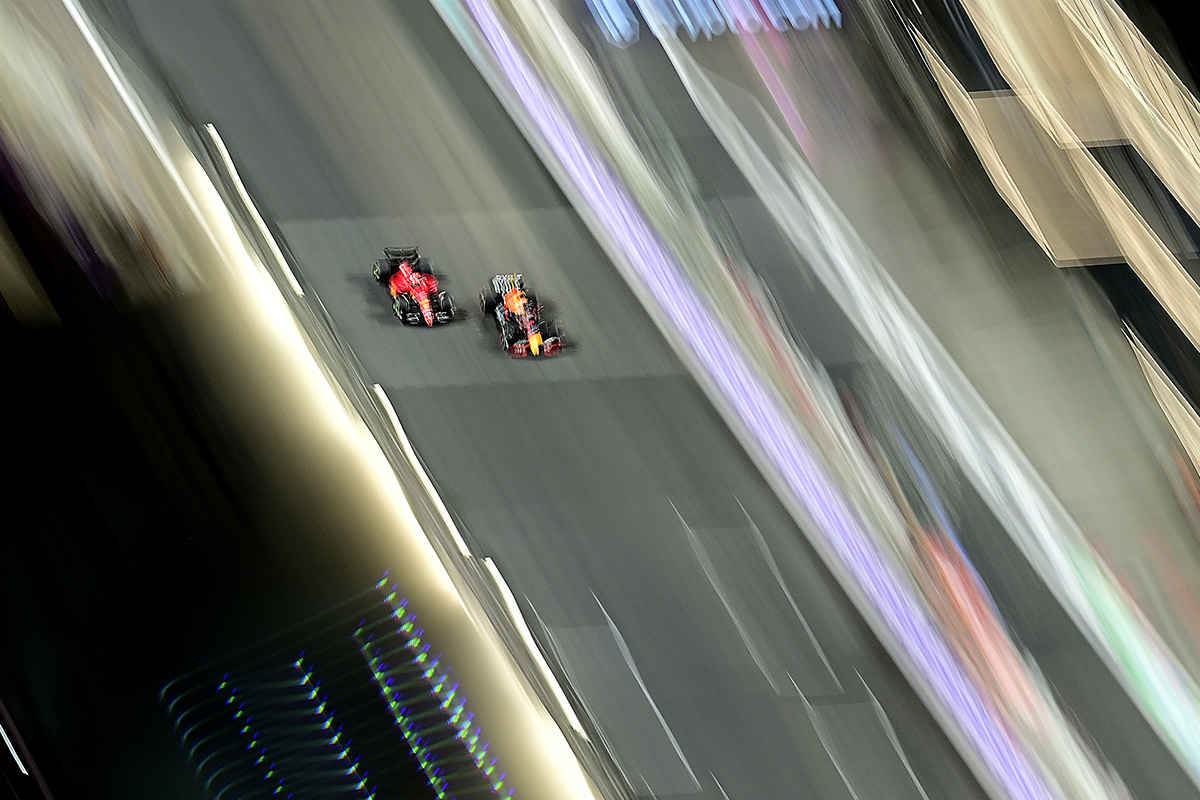 Christian Horner has suggested Formula 1 needs to look at where the DRS detection points are placed after it proved a key facet in last Sunday’s Saudi Arabian Grand Prix.

All new aerodynamic regulations introduced for 2022 have had the effect of allowing cars to run more closely to one another for longer periods.

It has also placed a greater emphasis on DRS, which has been kept despite the new rules being designed such that, at least in theory, the product would not suffer unduly without it.

However, in both Bahrain and Saudi Arabia, it proved a significant contributing factor in battles between Max Verstappen and Charles Leclerc.

In Bahrain, a detection point at the end of the front straight encouraged cars to sit behind through the first complex before using DRS to make the move into Turn 4.

Leclerc duly opted to fall behind Verstappen as they battled over the race lead, then making the most of the benefit DRS afforded him to retake the lead three corners later.

Last weekend in Jeddah, a detection point on the approach to the final corner proved as hotly contested as the race lead itself.

With the long pit straight following the final corner, having DRS was therefore a significant advantage.

Realising that, Leclerc first attempted to slow and encourage Verstappen passed to gain the benefit.

However, that had a short shelf life and soon the pair were locking up brakes in their desperate effort to be second to the line.

It’s an unusual scenario, a new style of racing in Formula 1 which some have dubbed ‘DRS chicken’.

That’s prompted Red Bull boss Horner to raise questions about where the detection point is going forward, given the experience of the opening two weekends of the year.

“The DRS is so powerful, you can see that there was a game of cat and mouse game between the drivers, where they’d actually brake to a point that they accelerated then to the corner,” he said.

“So I think maybe we should look at where that DRS detection zone is for future years. You definitely want to avoid being in that situation.”

Though yet to be formally confirmed by the FIA, next weekend’s Australian Grand Prix is set to have four DRS zones, the first venue to boast such a number.

The Australian GP kicks off on Friday, with F1 on track for opening practice from 13:00 AEST, though support categories will take to Albert Park the day prior.