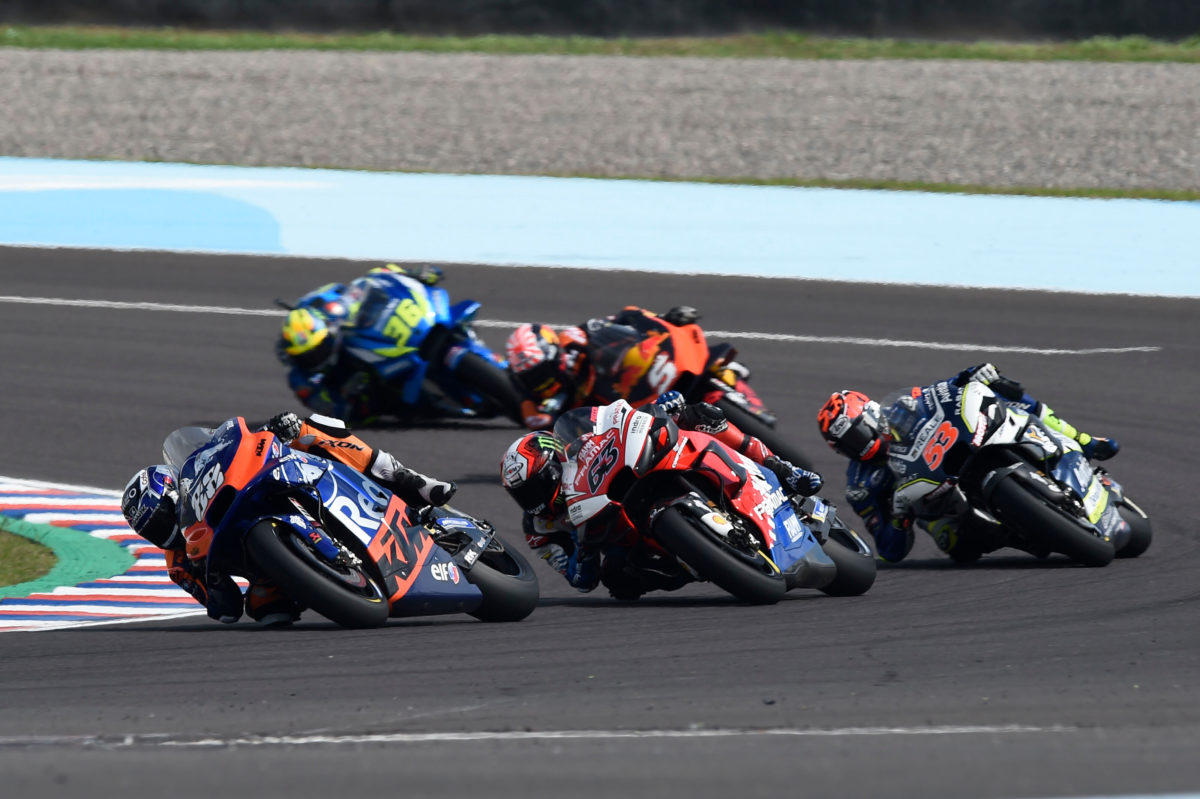 The most recent Argentina Grand Prix, in 2019

There have been further schedule changes for the Argentina Grand Prix as some MotoGP teams apparently continue their wait for a late-running cargo plane.

The premier class will now have just two practice sessions on the Saturday of the event at Termas de Rio Hondo, down from the three on the previous schedule but longer than those would have been.

Additionally, MotoGP Warm Up on Sunday has been extended, by 20 minutes, meaning the field has that much more track time in net terms.

That latest revisions come as the cargo plane believed to be carrying the fifth and final load of equipment continues on its final leg from Salvador, Brazil to Tucuman, Argentina.

It means that track activity for the premier class will not start until 12:35 local time on Saturday (01:35 AEST/02:35 AEDT on Sunday), two hours later than previously.

Furthermore, Free Practice 1 will be slightly longer than usual at an hour in duration, instead of 45 minutes.

Free Practice 2, which precedes a pair of qualifying sessions, will also be an hour long and kick off at 15:40 local time (04:40 AEST* on Sunday).

How the starters for Qualifying 1 will be decided has not been announced, although the 25-minute gap between that session and that which precedes it suggests it will be based on combined FP1/FP2 times.

The Moto2 and Moto3 practice sessions have been extended slightly relative to the previous schedule, making up for some of the time lost due to those classes being down from the usual three sessions to two.

Presumably, that opportunity has been taken because MotoGP track activity starts even later than usual.

The latest developments are a relief in so much that there had been genuine concern, including from Ducati’s Francesco Bagnaia, that the event might not go ahead at all.

* Next day after local time
** Note: Daylight savings ends in the applicable Australian states/territories on Sunday morning at 03:00 (clocks turned back)