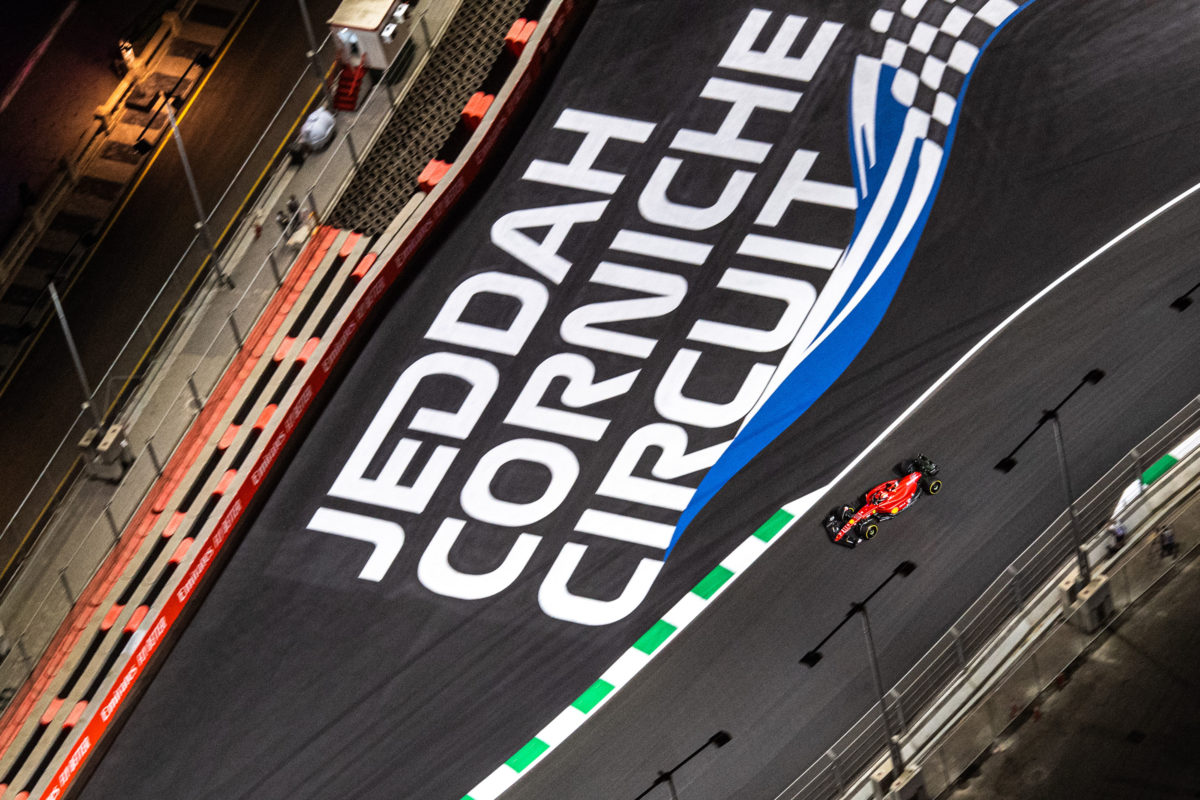 Charles Leclerc on track in Jeddah

A heavy crash for Mick Schumacher created a heart-in-mouth moment during qualifying after the German lost control in the first sector.

Though ultimately cleared of injury, he was unable to start the race the following day owing to the extensive damage to his Haas.

It was the second such incident of the weekend after a Formula 2 driver had a near identical crash on Friday.

The Jeddah circuit is billed as the fastest street circuit in Formula 1 and is highlighted by its sinuous nature.

That creates a combination of factors including limited sightlines for drivers, little room for error, and extreme speeds.

“It is a very challenging place,” admitted championship leader Leclerc.

“It is one of the reasons why I like this track, but I still believe that there are things that we can do to improve some places.

“The first sector is obviously extremely high-speed and it can be very tricky in some places, as we’ve seen with Mick.

“So maybe there are a few things that we can change for the future.”

For 2022, a number of walls were pushed back from where they were for the event’s inaugural running last December.

However, with just four months between races, there was limited scope for organisers to make any significant amendments.

Following his crash, Schumacher called for changes to the kerbing at Turn 11 after his car bottomed out and was speared into the unprotected concrete wall on drivers’ left.

“I’m also a bit in two minds because in one way I love the adrenaline rush that a qualifying lap gives you around here, but at the same time you know that here if you crash it probably hurts a bit more than in any other place in the calendar because the walls are closer and the speed is higher,” Sainz opined.

“As drivers, we are very confident around here, just because we know that the safety of the cockpit nowadays is very high and this gives us, when you see an accident like Mick, gives us a bit of tranquillity that, even at those speeds, the car is protecting you because the FIA has done a great job in giving us very safe cockpits.

“But at the same time, is it really worth it?

“Having that huge accident when you can maybe, hopefully, push the walls a bit more further out and gives us a bit more space to slow down the car if we lose it like Mick?

“It’s a discussion that we need to have, because it’s probably a bit on the limit.”

The future of the Saudi Arabian Grand Prix is set to be discussed after a missile strike took place in Jeddah on Friday just over 10km from the circuit.