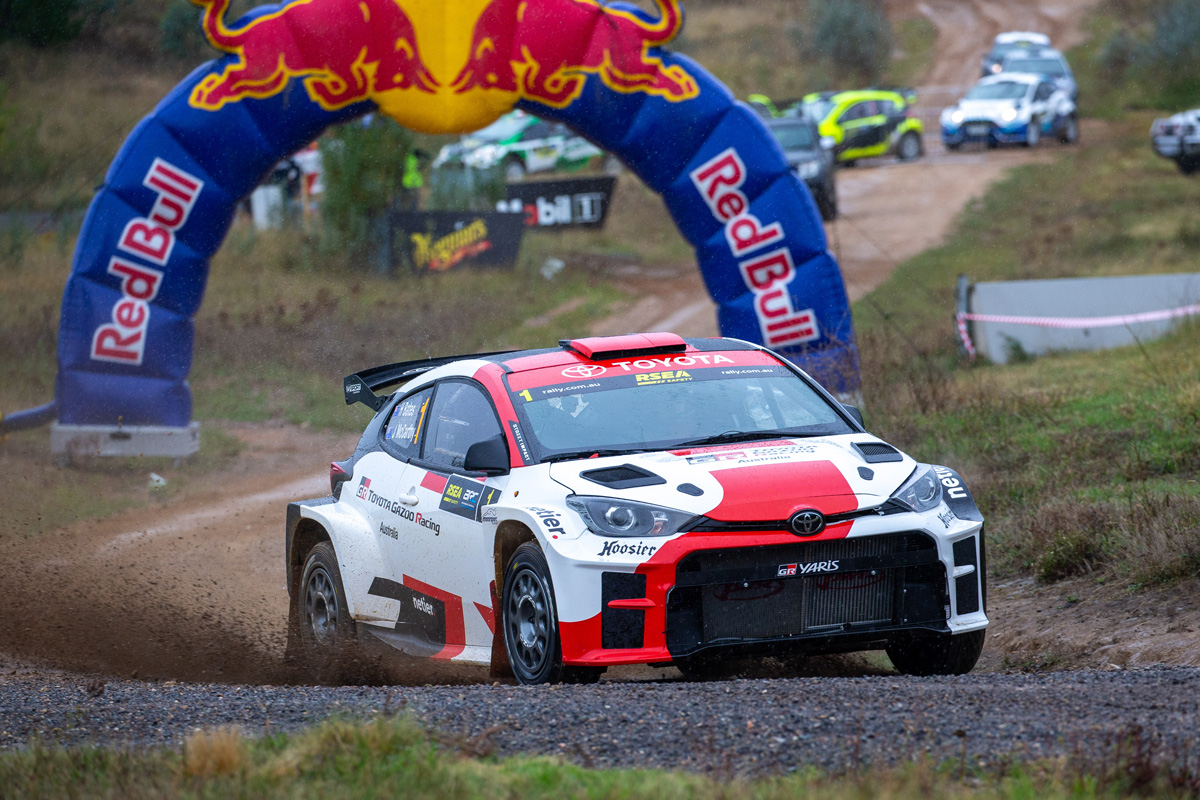 Four Australian rally champions and an out-and-out Supercars star will be among the Netier National Capital Rally field this weekend, but it’s another driver who’s being tipped to make waves.

Harry Bates, the last driver to be crowned winner of the Australian Rally Championship in 2019, believes Brendan Reeves will be his biggest threat in Canberra.

Bates, co-driver John McCarthy and their Toyota Yaris have been the dominant combination in ARC the past few years and won the 2021 National Capital Rally.

Reeves, with co-driver Kate Catford by his side, meanwhile will spearhead Hyundai’s return to rallying in Australia in a factory capacity.

That has Bates both excited and wary.

“He’s got a very good car underneath him – obviously Hyundai are coming into the sport, that’s very exciting,” the 27-year-old told Speedcafe.com.

“The Hyundai i20 he’s driving is a good package, so is ours obviously, but also I really rate Brendo as a driver.

“He’s been very, very quick for a number of years in whatever he’s driven, and if I had to pick someone that I think is going to challenge us for the rally win this weekend, then it’s probably going to be either him or my brother Lewis.”

It was a Bates one-two last year in Canberra with Lewis placing second.

“I think the one thing [the COVID period] has given us is it’s given a lot of people maybe a chance and the reprieve they needed to stay home, pull budget together, pull sponsorship together and so on,” Bates said.

“What we have now is a cracking field and a lot of depth in the championship – more than we have had for many, many years.

“It’s probably the most exciting time for rallying since I can remember; certainly since I started competing.”

Bates also believes van Gisbergen, who won the 2020 Battle of Jacks Ridge rally event in New Zealand, will be quickly on the pace.

“He’s been downplaying his hopes a little bit because he feels that he doesn’t have the experience of us, but I think a guy of his driving calibre will come to grips with it more quickly than he thinks,” said Bates.

On-track action is due to get underway shortly.