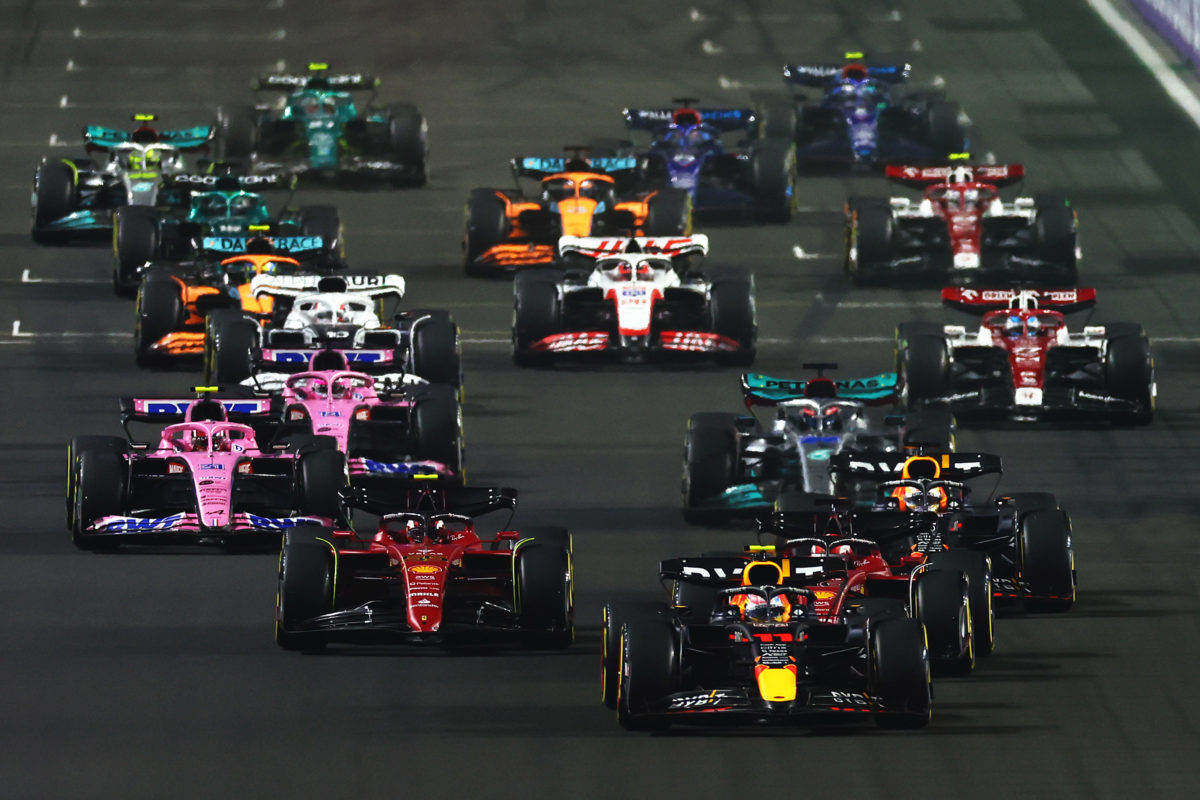 There is little between power units claim teams

While many question the strength of Mercedes’ power unit in 2022, across the Formula 1 grid there is consensus that there is actually very little between the manufacturers.

Ferrari and RBPT-Honda have both claimed victories this year, while Renault power units have scored points in both races.

So too has Mercedes, though cars powered by the German marque have often featured towards the bottom in the speed trap readings.

However, according to teams, that is more likely a result of set-up choice than simple power unit performance.

“We need to analyse the drag levels first before we before we really make a judgement of whether we’re lacking power,” said Mercedes team principal Toto Wolff.

“I don’t think that there’s big differences between the power unit, but clearly Ferrari made a big step forward because last year they weren’t totally competitive.”

Ferrari has developed its power unit for the 2022 season with a new energy recovery system and a “significantly different” internal combustion engine, according to team boss Mattia Binotto.

“As we often said last year, we got a disadvantage that we tried to catch up on,” the Italian said after the Saudi Arabian Grand Prix.

“If we look at the data today, we are certainly more in line.

“On the first let me say two races on the analysis we’ve done so far, it seems that between power units of different manufacturers, the difference is very little,” he added.

“I think we are really reaching somehow a convergence, so while it was a disadvantage for us last year, it’s not anymore.”

That improvement is evident from the driver’s seat, with championship leader Charles Leclerc noting he can feel the difference from last year to this.

“First of all, I can feel the difference from the car of the progress that’s been made from last year to this year and this is this is nice,” he said of the power unit.

“I mean, it’s the result of all the work of the guys back in Maranello and it’s also a reason why we are much more competitive this year. So it’s great to see that.

“On the other hand, I don’t think we have any advantage.

“I think we are very similar to where Red Bull is at the moment which they seem to be very strong, power unit wise.

“We need to keep pushing but it is definitely a big step from last year.”

The gains are not limited to the Prancing Horse, with Alpine introducing a new engine this year too.

Developed in a rush to have it introduced before the power units are frozen until the end of 2025, it has seen gains according to Fernando Alonso.

“Not only on power, pure power, also the concept of the engine is completely different,” the two-time champion explained.

“It was a lot of work on this project for already one year and a half or something, so I think they did a very good job in Paris and we’re happy with our power unit now as probably as everyone is.

“We are very similar,” he added.

“I don’t think that we have a huge disadvantage or huge advantage, and that was not maybe the case last year, so we were happy with the step forward.”