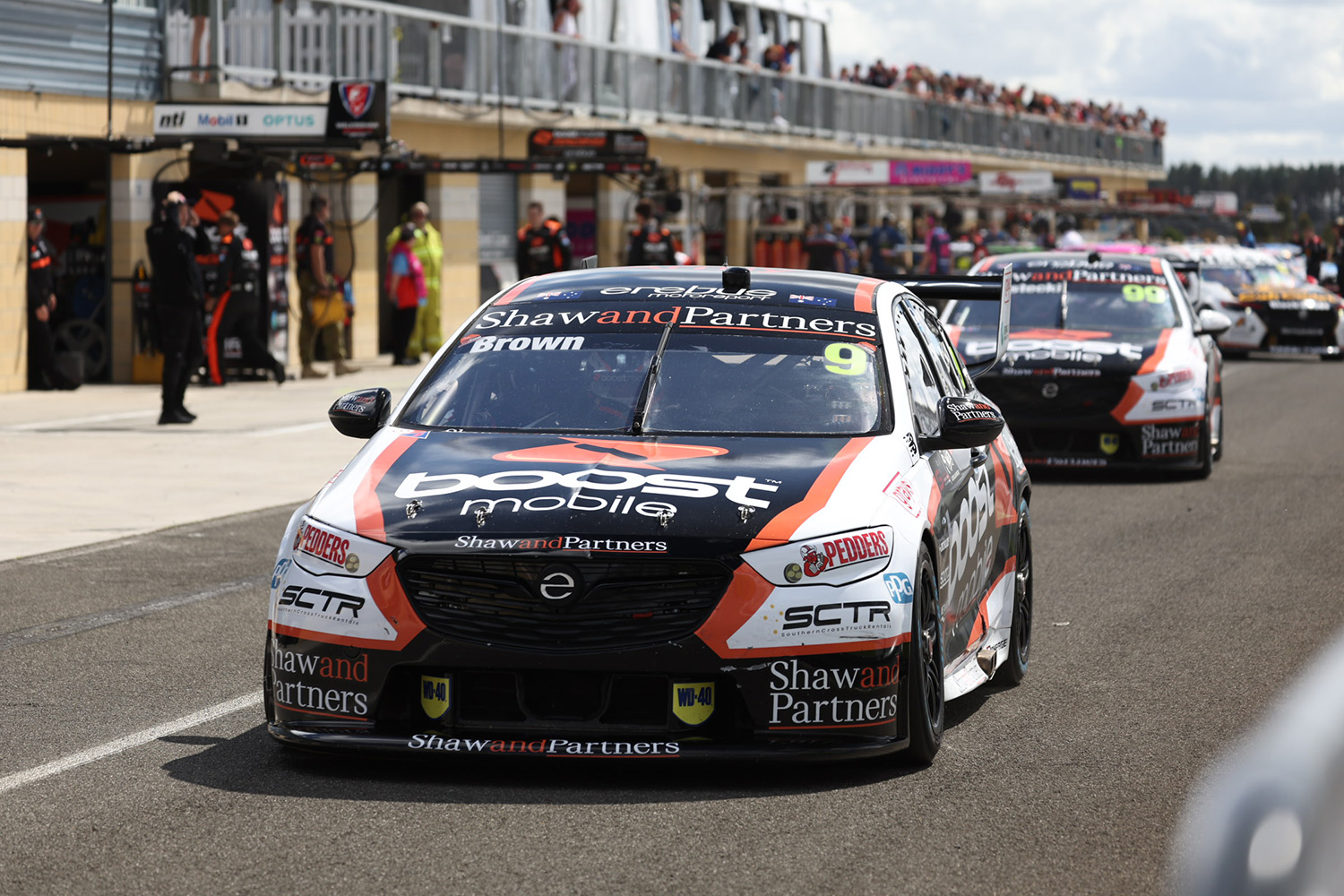 Erebus Motorsport boss Barry Ryan says he’s keen to move on from the Tasmania SuperSprint after an up and down second round.

Brodie Kostecki led the team’s efforts at the two-day event, qualifying and finishing fourth in Race 3 on Saturday while team-mate Will Brown rose from 18th to 13th in the first 44-lapper.

Sunday saw the tides turn for Kostecki, who qualified only 23rd and 16th for Race 4 and Race 5 while Brown was a lacklustre 24th and 23rd.

The afternoon’s two races would prove to be a hard slog for Kostecki, who was 19th and 22nd.

Brown, however, was able to find some speed and gain 20 places across the day with finishes of 12th and 15th.

The second event of the season was in stark contrast to the Repco Supercars Championship season-opener at Sydney Motorsport Park.

There, Kostecki was twice a top five finisher – which included his first solo Supercars podium – while Brown was in the top 10 on both occasions.

After a “pretty positive” Saturday at Symmons Plains, Erebus Motorsport was left scratching its head on Sunday.

“It was just one of those days, sometimes you have them and nothing clicks,” Ryan told Speedcafe.com.

“It was a bit frustrating actually. I think every time I leave Tassie I go, ‘thank god we’re not coming here again’, but next time we come here it won’t be with this [Gen2] car.

“To be fourth [on Saturday], we’re really happy with that. [Sunday], we hoped for something similar and didn’t quite get it.

“We’ve retained third in the teams’ championship, which is our worst target for the end of the year.

“It’s early in the year, but we keep managing that and both drivers are still in the top eight. We’ve come out of it pretty good still.”

Despite the below-par weekend, Erebus Motorsport retained third in the teams’ championship.

Although not one to rest on his laurels, Ryan said there was little point in lamenting the weekend’s results with the Formula 1 Australian Grand Prix looming.

“I think they’ll [the drivers] see it as one of those days,” said Ryan.

“You’ve just got to move on. You can’t dwell on it. You try and look at why, but sometimes you can’t work out why, so you don’t bother.”

The 2022 Repco Supercars Championship continues at the Formula 1 Australian Grand Prix on April 7-10.